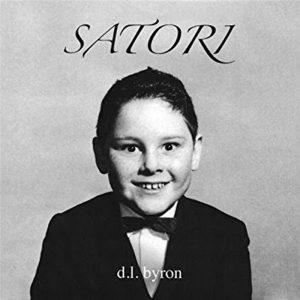 If you look hard enough, you just might find him in New York City’s east village, where he performs solo, Neil Young and early Dylan sets with acoustic guitar and harmonica. But, seriously, you don’t need to look that hard. You see, whether or not you’re old enough to remember the early days of one D.L. Byron, you could easily find his work all over the inter-webs (as we old-timers like to call it).

“From the start of my career, my goal as a songwriter has been to write songs that are substantial.”

Known for his Grammy award winning single, Shadows of the Night, (made famous by one little rock-star known as, Pat Benatar), Byron’s resume covers far too much turf to outline in our humble review, but includes noteworthy colleagues such as:  E.H. Morris, Clive Davis and Arista Records, Jimmy Iovine, Bob Seger, and Billy Joel; as well as scoring his own top 40 hit, 1980’s, Listen to the Heartbeat.

Spending the past couple of decades free from the oft creative stifling that occurs with major record label control, Byron’s creativity has blossomed into a full-on phenomenon which has seen him release eight albums on Zen Archer Records. The latest of which, is the four-track EP, Satori.

“It’s not about personal glory or being in the spotlight, but simple communication, which on a basic emotional level is the purpose of all art.”

Naming the project after a Zen Buddhist word for “sudden awakening,” Byron now treasures his own, mortal, creative spirit more than ever before, pouring every ounce he can spare into his efforts to make every record better than its predecessor. The thoughtful and lively, Satori, is no exception.

No. 1 God opens the project with an intelligently composed rant about the divine mythology. Pointing out monotheistic ironies, and martyrous folly alike, D.L. uses a driving, late 70’s-style rock rhythm infused with elements of psych-rock (which pan hypnotically back and forth in your headphones), to implore the entranced to break free. And hey, humor is always good too…

“My dyslexia’s gone, now I know there’s a dog
You’re my number one god…” 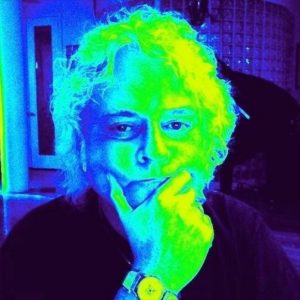 OUR FAVORITE TRACK…
Rehearsing For The Future immediately awakens my 90’s grunge-rock bells & whistles, and sounds like something off of R.E.M.’s 1994 legend, Monster. An ode to the effect that the female condition has on the male condition, with its tastefully busy percussion, layers of background vocals, and textbook rock melody & chord progression, this is one damn cool track that could have simply been called, Nostalgia.

A press release which called, All Fall Down, something Petty-esque was right on the money. Thoughtful, contemplated lyrics—which focus on our species’ lust for an empty-calorie brand of power that inevitably disintegrates—decorate another classic rock’n’roll melody which also made me think of Roy Orbison and The Eagles…

“The Bishops and the knights agree, to throw their weapons down
All the ancient prophecies, are going underground
Kings and queens make promises that often cost their crowns
And they all, fall, down…”

Rounding off the project with, Everywhere I Go—a number flirting with the southern-rock genre, particularly during its chorus with its country-esque vocal harmonies (think: Alabama)—D.L. and company recruit keys and fuzzed-up guitars in a truly symphonic rock production which seems to serve as a rock’n’roll stress release-valve for a man who—more than most—can say he’s been there, done that. At only 3:28, it sticks around just long enough to make you hit repeat.

IN CONCLUSION…
Dude…we’ve reviewed a lot of music over the past few years. And, every now-and-then, a record comes along that is uncomplicatingly good, requiring little analysis because it appeals innately to the music sensibilities of its listener(s). D.L. Byron’s latest effort, Satori, is one such record. What you may or may not know, is that this is a product of songwriting… experienced, veteran, aged, scrutinized, substantive songwriting. It’s that simple. Music like this ONLY comes from time and grind. Enjoy.

WHOSE LOVECHILD…?
R.E.M. meets Petty with twists of so, so, so much more…

BELOW:  Listen to D.L. Byron’s album, Satori, and connect with his website and social media platforms. Please support D.L. Byron by visiting him online, and playing, downloading, and/or purchasing his music, or attending a live show! And, as always, thank you for supporting real music!

Listen to SATORI by D.L. BYRON: