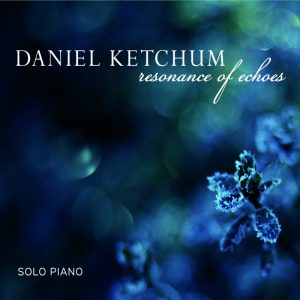 We’ve all heard stories about people who seem to have arrived into this world with one clear purpose. Boulder, Utah native, Daniel Ketchum is clearly one of them. He took his first piano lesson at age 12. Soon after, he was composing his own music. As a kid, often he would skip out on time with his buddies in order to go home and play, and play, and play.

Years and several albums later, his love for music has only grown deeper, and now includes a passion for the power of music as it relates to the health and healing of the human body. His new-age melodies have been streamed millions of times, touching the lives of many.

Daniel’s latest album, Resonance Of Echoes, is the culmination of the entirety of his musical journey thus far. This is a beautiful album…let’s dive in…

One can feel and experience the searching of Ketchum’s innocently curious mind on tracks like Ash and Poetic Divination. There is a wandering that can inspire one toward her/his own inner-adventure.

The album’s title track, Resonance Of Echoes, as well as, Hounds Of The Barrier share the beauty and rich exploratory narratives that are common to every song on the album. Yet, there is clearly more, here. They ask you to be brave. While listening to these two pieces, it becomes clear that Daniel is not settling for the usual and customary thematic positivity of many new-age music-makers. He wants more. He wants to inspire movement, change, growth, progress. What this means is that Ketchum has found a way to make one feel beautifully uncomfortable. 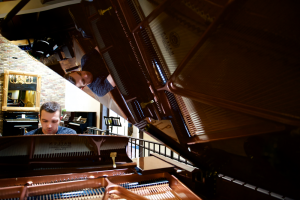 Our Favorite Track:
The Last Lullaby is simply captivating. If it were a film, there would be no looking away. Here, Ketchum captures (in sound) a confident knowing of a great and many things.

Like a gentle respiration, the fluctuating melodies of Resonance Of Echoes draw listeners inward—toward source, then release them once more to their own devices. Over and over this occurs, each time leaving an imprint behind which grows stronger and more present with every cycle, with every song. What is imprinted? That is for Daniel’s listeners to decide for themselves. For this listener, it was something soft. It was something necessary.

Below, you can listen to Daniel Ketchum’s album, Resonance of Echoes, and connect with his website and social media platforms. Please support Daniel Ketchum by visiting him online, and playing, downloading, and/or purchasing his music. And, as always, thank you for supporting real music!