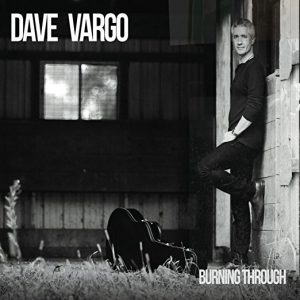 East Brunswick, New Jersey, native Dave Vargo has been playing the guitar since the age of eight, and performing in front of live audiences since he was fourteen. It shows.

A student of jazz, funk, and rock, he even graduated from the Berklee College of Music—with honors. This may have had something to do with his successful career as a touring sideman and session player where he’s worked with a number of big names including the late Whitney Houston.

Along with songwriting and session playing, Dave also performs in Kim and Dave, an acoustic duo with Kim Boyko, as well as maintaining his own solo work. Surprisingly, despite his years of faithful service to the craft of music, Dave’s latest album, Burning Through, is also his solo debut! We think you’ll find it was worth the wait. 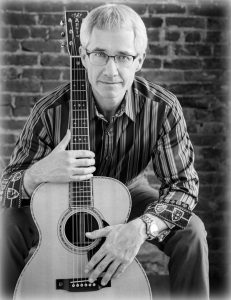 Opening with Come Take Me Home, a strong piece of songwriting, performance and production, Dave’s veteran status as a music-maker becomes immediately evident. His hybrid finger-picking creates a pretty and easy-going melody-line that any musician knows is far more difficult to perform than it sounds, (particularly while singing). Much respect.

The story, composition and vocals on Good Enough reminded me immediately of mid-late 90’s era Goo Goo Dolls. The song is a classic bit of nostalgic rock & roll. While listening, I found myself wondering why it wasn’t all over the radio…perhaps one day soon…

“Are you strong enough to take the long way back?
All those ghosts tide up and laid across your track
You’ve been gone too long, so how to reconstruct
Faded memories you wonder was it ever…good enough?”

Placed in the dead-center of the album, one discovers the acoustic-themed, electric-backed hymn of delightful regret, Finding My Way To You. Lyrically, it’s universally relatable. Musically, it’s just a splendid example of textbook, radio-ready rock & roll.

“Lonely days and nights, I’ve had more than my fare share
Down so long, I was almost beyond repair
I should have been…findin’ my way to you”

Our Favorite Track:
A beautifully tragic piece lamenting on the passage of time, Waiting’s opening acoustic chords have a Simon and Garfunkel-esque quality. Vocals and guitar expand gently to include light and tasteful percussion, and just a few electric notes. It’s a flat-out lovely song.

Okay, transparency time:  Burning Through continually impressed me to the point of being surprised. (This doesn’t happen very often.) I’m not really sure what I was expecting, but the point is this:  As far as I’m concerned, Burning Through serves as a blueprint for budding musicians and songwriters everywhere on how to create a really solid, radio-ready, soft-rock album. From the writing and composition, to the vocals and instrumentation, to the mixing and production—the album is absolutely tight. In particular, if you love that slightly melancholy, mid-to-late 90’s stuff, you’re going to really enjoy this album. Nice work, Dave.

BELOW, you can listen to Dave Vargo’s album, Burning Though, connect with his website and social media platforms, check out his live show/tour schedule, and find his booking & contact information. Please support Dave Vargo by visiting him online, and playing, downloading, and/or purchasing his music. And, as always, thank you for supporting real music!

Listen to Burning Through by Dave Vargo: