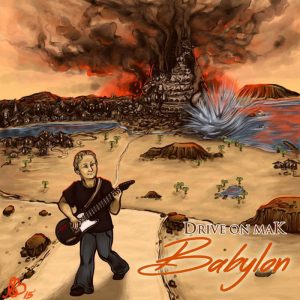 As far as I’m concerned, the most relatable art-forms (be it, music, paint, theater, etc.) come from those who’ve suffered a bit. It’s just the way it is. And, Sean Makra, the front-man for the Texas Neo-Blues, Rock Punkabilly power trio known as, Drive On Mak (DOM), is no exception. An 11 year Army vet who served three tours in Iraq, Sean turned to music to exercise the demons of war, and begin the healing process.

Based in San Marcos, Texas, DOM got its start performing for a non-profit organization called, Soldier Songs and Voices, in an effort to help fellow veterans cope with PTSD; a noteworthy and noble cause. 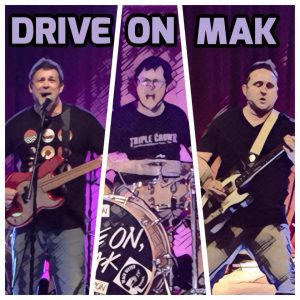 Their latest single from that EP is, Comin’ For You, a grimy, folk-blues bit of Halloween folklore, with an 11-second intro that reminded me instantly of Dylan’s 1966 transition into electric music. With is rolling bass-line, tastefully-raw harmonica, and a wah-drenched/reggae-inspired solo at 1:55, the track is entertainingly unpredictable…

“He’s down on his knees, and he begs and he pleads
But she does what she came here to do…”

BELOW, you can listen to Drive On Mak’s new single, Comin’ For You, and connect with their website and social media platforms. Please support Drive On Mak by visiting them online, and playing, downloading, and/or purchasing their music. And, as always, thank you for supporting real music!

Listen to Drive On Mak’s new single, Comin’ For You: