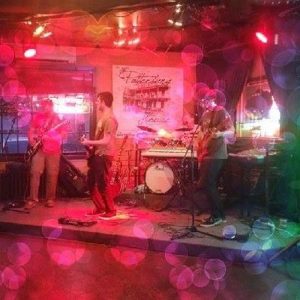 At the core of Every Other Sunday, they’re a father and son tandem, consisting of John C. Corrado (drums, percussion, keys, vocals), and John R. Corrado (bass guitar, guitar, vocals). Despite the fact that both of them had been musicians for years, it took a rather impromptu jam at a summer pig roast party to switch the light on. To no surprise, the chemistry was instant, and they both felt it.

Wasting little time, the group has released their first official single, Ghost, which John R says he wrote after a hard breakup that left him in a dark place.

Like something out of the 90’s alt-ska period, the song puts a fun, lively twist on an age-old dilemma:  getting scorched by an ex. John R’s vocals and songwriting are unique and capable, as is the rest of the band. And, if you’re like me, and you’ve been wondering what the hell has happened to the concept of the “guitar solo”, you won’t have to worry here. At 2:10 a well-constructed bit of fuzzed-up improv rips its way through the composition with just enough distortion to satisfy—without being overly-enthusiastic.

All in all, Ghost shows promise, leaving us looking forward to more from Every Other Sunday… 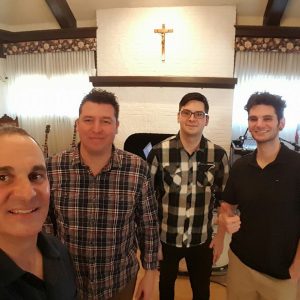 “There was a time when we were fine, well now I’m a ghost inside my mind
Treated you fine, I thought so swell I, must be a ghost, this feels like hell
Well, she already killed me…”

Whose lovechild…?
A subtle and nostalgic blending of Sublime and Everclear…

BELOW, you can listen to Every Other Sunday’s song, Ghost, and connect with their social media platforms. Please support Every Other Sunday by visiting them online, and playing, downloading, and/or purchasing their music. And, as always, thank you for supporting real music!

Listen to Ghost by Every Other Sunday: