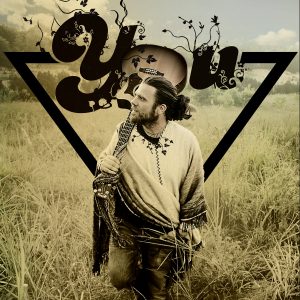 Below, please check out our interview with Ezra Vancil—a veteran singer/songwriter from Dallas, listen to his album You, and connect with his website and social media platforms.

Q:  You’re from Dallas, yet your sound reminds me of a blend of Nick Drake and Shawn Mullins; and at the same time, your Peter Gabriel influence is wildly apparent. Please explain how you came out of the big TX—a country music mecca—with this elegant, folk sound?
A:  My Peter Gabriel influence is not really Peter Gabriel, per-se, It’s really a Daniel Lanois, producer of U2, Bob Dylan, Emmylou Harris, etc. I’ve studied him for years and love all of his productions and personal music. I think of him as a very raw and emotive producer and songwriter.

And yes, Country music was absolutely everywhere growing up. I can’t say that I didn’t catch myself humming a country tune here and there. But, in my youth, I had a real aversion to anything that seemed contrived, or built to manipulate, I wanted real—real music, real books, real emotions, real thoughts. Like the Holden character in Catcher in the The Rye, I didn’t like phony. Country and pop were the epitome of ‘phony’ in my mind.

So, I really held no concept of ‘genre’. I just wanted music speaking to me, true and imperfect thoughts. Folk music, and ironically, old, or classic country music, did just that.

The elegance of it, I’ve never thought of. I guess I believe in a search for beauty. If there is a compliment I would want to hear about a song, it would be, that is beautiful.

Q:  You’ve mentioned that your parents inspired your current sound with the music they played in the house while you were growing up. Were either of your parents musicians in any capacity? When you think of those times, what song or album pops into your head the most?
A:  Yes, both my parents were hard-working musicians. Gospel Musicians. We lived part of my youth on the road, and moved constantly wherever the music took us. Though it was a strict, religious upbringing, I think what I came away with was a Gospel that said ‘God created music’. Music was everything, everyday, every night.

My youth of music-discovery is different than my peers. We were not allowed to listen to popular radio music, mostly. Though my parent’s collection was pretty, damn good. Older music from the 50’s, 60’s and 70’s. A Little bit of everything, except rock. Jazz, Folk, old country, and of course, old gospel albums.

There were the ‘hidden’ records though, the ones I guess they didn’t want the church people to see. What pops into my head is Bob Dylan. His records were, for some reason, always hidden. I didn’t even know about them until one day I was snooping in my dad’s closet, and up at the top shelf was a box. I found Bob Dylan and the late Beatles albums. It forever changed my life. The records I absolutely wore out were, The Freewheelin’ Bob Dylan, as well as Abbey Road.

Q:  When did you first pick up the guitar, and from that point, how long was it before you started performing?
A:  I met a girl. I was head over heals for her. But she didn’t seem to be super impressed. My Dad was writing a song in the living room when I came home, as he usually was, and I asked him to show me how he wrote a song. He showed me three chords and I wrote the girl a song, and she loved it.

I’m not good with ages, but I think that was age fourteen. By sixteen, I’d written over a hundred songs and was performing everywhere I could. At around seventeen, I started a band, and at eighteen, we were signed to a pretty nice L.A. development deal, and it’s been pretty constant ever since.

Q:  We always like to ask our artists—what was your first guitar? Do you still have/play it?
A:  I have to laugh, because I don’t know. I have no idea. Other musicians think I’m odd, because I care very little about guitars as a subject. I’m always a little embarrassed by the guitar talk. Guitars are to me, only a tool. Like a hammer. No one ever talks about what model hammer I used to have. 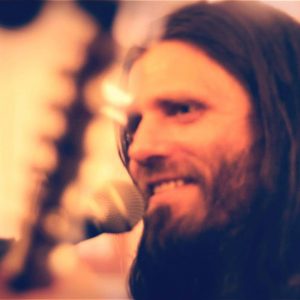 Mostly in my life, I’ve been so broke that I took whatever guitar I could find. Usually I’d get a hand-me-down. That is still kinda true. I couldn’t even say what model I have now. Though I do know it’s a Martin.

Q:  You’ve been writing and recording music for well over a decade. Does the music come from a different place now? Is it motivated differently? Is there a different intention all these years later?
A:  For sure. In my earlier writing I think that I was very self-conscious. I was also that way in real life. I was still looking for others to tell me if something was okay, if it worked. Beyond that, I also looked at the different parts of a song as separate entities. The lyrics were one thing, the melody another, the structure another. They all needed their own individual attention, a mechanical view of it all.

I don’t see it that way at all anymore. I don’t feel that I should give any thought to the song I’m writing, or what other’s think at all. It’s a moment in time, me and this sensation of the muse, and my only job is to put that dance on the floor, and leave it alone. A song being written is like a dancing partner. If I’m thinking about what foot goes where, and the three-count to the next turn, then I’m not really dancing. I’m probably just stepping on toes. A dance should just be allowed to happen.

Q:  Let’s talk about your forthcoming album, You. First of all, it’s a lovely album, congrats! We’re enjoying it very much! And what an epic concept! You’ve transcribed the last 10 years of your relationship with your wife into the album. One track per year. WOW. Please tell us where this idea came from? How long did it take to write and record?
A:  Thank you. I actually had another album that was planned to be released this year, based off of some of the songs from the live album I made called (Live) From The Deep.  But I had been working on You for years previous to that.

It was held back because I wanted to make it in my favorite studio, which is Congress House Studio in Austin. When an opportunity opened up for that studio, I knew I had to finish You.

To write the album, you could say it took ten years, because the first song on the album was written ten years ago. But really, most of the songs I wrote between 2014-2017 the last one being Complicated Man.

The concept is part of a trilogy of albums, all three of which are now mostly written. This is the first released.  I wanted to explore love and relationship from three viewpoints. You, is the romantic view, so it is the present. It is the true story of my relationship with the woman I love.

In context, of the next two albums I hope to make in the trilogy, one is looking back to my childhood and youth—the love and relationship of friends and family. The third, looking outward to my society, and my relationship to the cosmos you might say.

The actual recording and producing of the You album took one year of very long days and nights.

Q:  Could you share with us the reaction your wife has had to these songs?
A:  My wife is pretty reserved with the praise. She knows how big my head can get. But she really does cherish it. I catch her listening to it all the time.

Q:  Perhaps in some unspecified amount of time, your musical career explodes in the best of ways…what does that look like for you?
A:  I actually worry more about messing up what I have now than progressions of my career. I wake up and make my music every day. I have a family that loves me, fans that are wonderful and shower me with love. I travel to cool places. That feels like the ultimate success to me now. Though, it’s not always paradise! I hope what it would look like is me not having to run and pawn my gear every couple of months to get a mix on a new song, or gas for an out of state show.

Q:  You get to collaborate with anyone of your choosing. Who is it?
A:  I have a dream I entertain of working with Daniel Lanois on an album, and recording a song with Gordon Lightfoot.

Q:  Your favorite album of all time?
A:  Wrecking Ball by Emmylou Harris

Q:  Your favorite song of all time?
A:  Turn On Your Radio by Harry Nilsson

Q:  What would you like fans to know about you that they’re most likely unaware of?
A:  That they have been my Guardian Angels many times.

Q:  Any shout-outs you wanna make?
A:  Yes!  I have to shout out to the band:  Lori Martin, who does the vocals and bass on the album. Kent Smith, who plays keys and shaped so much of the feel of the songs. Kimberly Nicole, a local jazz singer who came to this crazy looking guy’s house and did some beautiful vocals. Dave Castell, my co-producer, and sometimes music therapist. Mark Hallman, at Congress House. Timothy and Eliot for so much help and support through the making of this.

Q:  Anything else you’d like to add?
A:  I think I’ve talked enough.

Listen to You by Ezra Vancil: