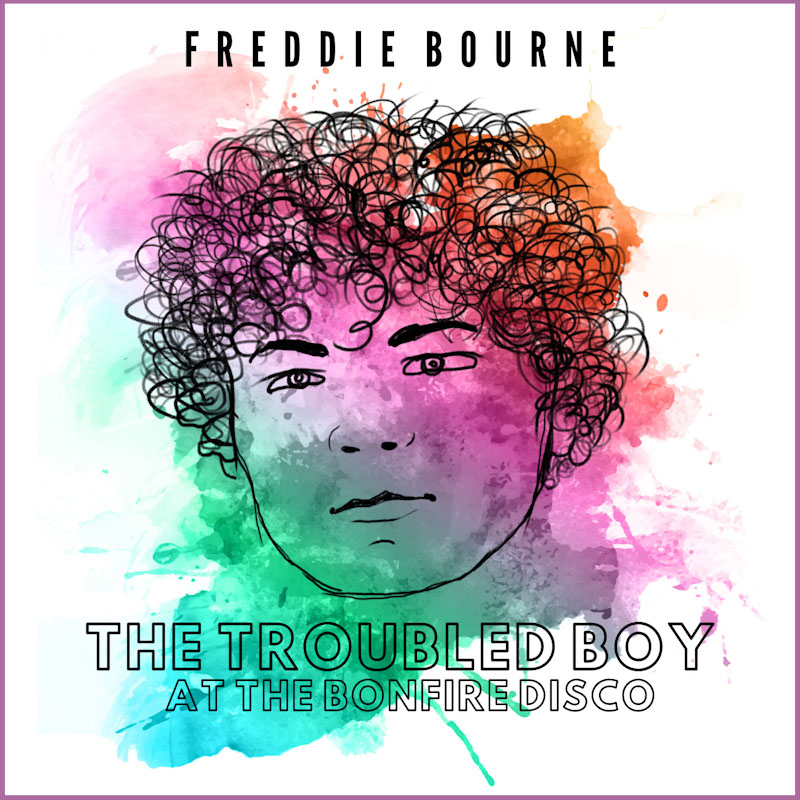 At a young age, Louisville-based (by way of Jackson, New Jersey) singer-songwriter, Freddie Bourne, found his love for the stage by accident during a summer camp event. Before long, that moment would cascade into fronting for two different bands while in high school.

“I’m big on making sure that my occupation as a songwriter is clear in no matter what I put out there for the public. I think there’s enough flavor for everyone. It’s a smörgåsbord for the world!”

His impressive and eclectic anthology includes projects such as 2013’s Only Human, 2017’s I Wrote These Songs with Heavy Vibes and a Piano,  2018’s The Childhood Birthday Party That Nobody Came To, and 2019’s Vulnerable Commercialism.

Teaming up with friend and producer, Stephen Horning (Dirty Dogg Productions), Bourne has created his best work yet in 2020’s bright and vibrant EP, The Troubled Boy At The Bonfire Disco, a unique four-track banger we instantly enjoyed. 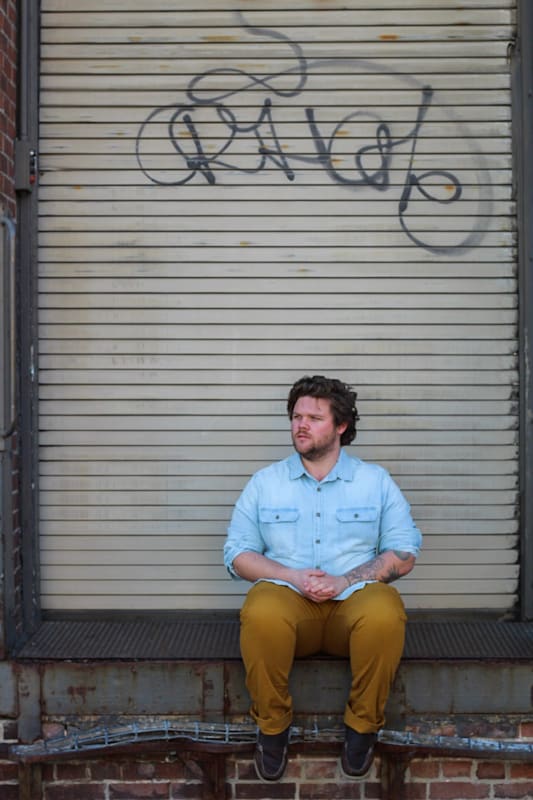 A brilliant amalgamation of acoustic singer-songwriter and electro-pop, the EP’s opener, I Hope You Don’t Forgive Me, has heart, and an epic dose of contrast when one genre slams into the other at each chorus. Pigeon-holed genres be damned, this hybrid form is the future of music…

OUR FAVORITE TRACK… Jeni, a classic sounding contemporary radio-pop-rock track, is immediately reminiscent of Adam Levine’s work on the Begin Again soundtrack, and would fit nicely with that group of songs. Toss in the Fleetwood Mac-esque instrumental break at 2:00 and we have something, once again, that is incredibly unique and substantive.

“Things turned out to be alright. It could’ve been different in Brooklyn that night…”

Pale Blue Sky launches into sound with a dub meets club concoction. Then settles ambiently into its first verse. The mood is big melancholy, but it’s the kind of hurt that makes you feel alive and connected with everything…

“I took her in, held her tight
She wasn’t scared, but it wasn’t alright
She yelled, ‘It isn’t fair, why did he go!?’
Can’t answer questions I didn’t know…”

Concluding the project is, Spacedust, a cosmic finale which feels just a bit like The Weednd. A crisp rhythm track rides beneath silky smooth synth solo a 1:18—one of our favorite moments on the EP.

IN CONCLUSION…
Pure substance. Unbridled musical expression. An exciting new voice in The Ark of Music’s world, and an instant 2020 top 10 candidate. Freddie Bourne’s latest album, The Troubled Boy At The Bonfire Disco, is an ultra-fresh reboot of electro-meets-acoustic pop music, uniting these two genres of sound in a new and wildly inspiring fashion. Deliciously melancholy at its heart, the album is not a downer whatsoever. This is the magic. Bourne can take an inherent sadness and turn it into a hopeful inspiration through mood and melody, lyric and timbre, cadence and reverb. In sum, these four songs have a magical creativity to them, and a universal appeal. Check out The Troubled Boy At The Bonfire Disco below.

BELOW:  Listen to Freddie Bourne’s album, The Troubled Boy at the Bonfire Disco, and connect with his website and social media platforms. Please support Freddie Bourne by visiting him online, and playing, downloading, and/or purchasing his music, or attending a live show! And, as always, thank you for supporting real music!

Listen to THE TROUBLED BOY AT THE BONFIRE DISCO by FREDDIE BOURNE: