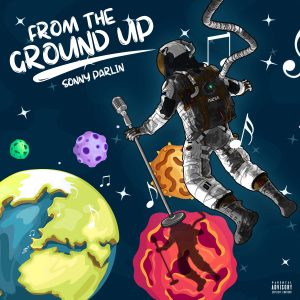 Like so many musicians, Sonny Parlin started out as an underage kid playing shows in bars. But these days the Bradenton, FL native has turned his attention to producing rather than performing. Last year Parlin produced and released his first full-length release Dynamism (streaming here), and this year has followed that up with sophomore effort and first-ever full-length hip-hop release, From the Ground Up.

Parlin, like so many others, found himself with time on his hands during the recent pandemic-mandated lockdown, and From the Ground Up is a product of that free time. This album features a wide variety of artists across the soul, jazz, and hip hop genres, creating an album that has great musical contrast, tells compelling stories, and is tied together by solid production choices. 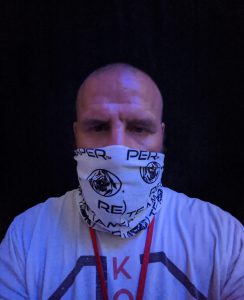 The album opens with Rat Race, and right away we can hear that this was produced to evoke the feeling of tension. The keys underneath the rap are heavy on the sustained notes, and the lyrics rapped by Northside Nate (stream his material here) – discussing the trials and tribulations of being a serious rapper – complement it well:

“You in the game just to entertain, you the hype, so far gone you would not take my advice.”

We get another taste of Northside Nate on You Don’t Know Me, where a steady, deep piano bass line rolls nicely underneath Nate’s smooth, flowing rapping style. His style is a great pairing with the jazz/soul undertones that permeate this entire record.

Float adds rapper JutzKP (He’s on Spotify here) to the mix. His vocals have a rougher, edgier timbre than other rappers on this album, but interestingly in this track, Parlin has chosen to boost the amount of melodic jazz that often sits in the background. This creates an interesting contrast between the intense rap and the flowing saxophone. The piano chords at the base of this song also bounce between slightly dissonant intervals, further adding to the contrast and intrigue, and once again building tension – a feature that seems to be recurring in many of these tracks.

What You Did features the gorgeous vocals of Bryana Tyler Lutzi (stream her music here), serenading us about the story of presumably a cheating partner, topped with emotion and intricate runs. She croons:

Lutzi’s rhythm, particularly in the verses, is unexpected in an inviting way, keeping the listener on their toes.

The Preludes 1, 2, and 3 are great additions to the overall vibe of the album, as they’re very jazz forward, flowing and smooth, with just a taste of hip-hop evident in the beats laid under the melodic tracks. They set the tone for the album and keep the jazz vibes more than just in the back of your mind.

Floyd is Parlin’s tribute to the late George Floyd, victim to racially charged police brutality perpetrated by the Minneapolis Police department. Throughout history, when there are protests and injustices, there has always been music to go with them. And when artists take those issues and translate them into the universal language that is music, it helps us all band together a little bit better to fight for what’s right. Parlin, Northside Nate, and Adam Manning have come together exquisitely on this particular track with a message that we could all use a little more of. The lyrics state:

“We need to fight together as one race and destroy the evil that’s in the world today.”

We couldn’t have said it any better.

A great selection of musicians playing over solidly produced beats. Building tension without overdoing it. Jazz meets hip hop in a way that does both genres justice and then some. From the Ground Up is an incredibly solid first full-length hip hop effort from producer Sonny Parlin. Between the fresh combination of styles combined with musicians perfectly paired to the tracks they perform on, the album is full of high notes and has us looking forward to what Parlin does next. Check out From the Ground Up below:

BELOW:  Listen to his album From the Ground Up, and connect with his website and social media platforms. Please support Sonny Parlin by visiting him online, and playing, downloading, and/or purchasing his music, or attending a live show! And, as always, thank you for supporting real music!

Watch the video for FLOYD here:

Listen to FROM THE GROUND UP produced by SONNY PARLIN: