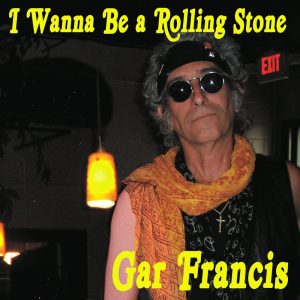 Fresh from the Bongo Boy Records vault of talent is a track that feels like it walked right out of 1972 (in all the right ways). That kind of sound can only come from a musician who has personally been through it, but Gar Francis has a musical resume that fully backs up his chops (his band The Rockids were regulars at CBGB’s in the ’70s, he played guitar on a Billy Idol track, and his work has been featured on Little Steven’s Underground Garage). His most recent single I Wanna Be A Rolling Stone is out now on Bongo Boy Records, and if you’re into real-deal classic rock sounds, you’re in for a treat with this one.

Francis, who played Keith Richards in the Rolling Stones tribute band Sticky Fingers early in his career, has fully captured that gritty, bluesy, early classic rock sound in this track. I Wanna Be A Rolling Stone fully lives up to its name, embracing familiar elements like high vocal harmonies and twangy guitar riffs across the board. Francis has surrounded himself with a top-notch lineup of players for this track, including Dan Caruso (bass), Kurt Reil (drums). Arne Wendt (piano, organ), and Genya Ravan (backing vocals). Their collective sound, while still deeply rooted in classic rock tones, is modern in execution – these are serious players who have a great deal of technical skill, and this track puts that on full display.

The message in this track mirrors its composition and production, the main message front-and-center in both the song’s title and chorus. But honestly, who wouldn’t like to be a Rolling Stone? Taking “another jet to another party town” and “running wild on a hundred proof” is the embodiment of a rip-roaring, wholly iconic rock star lifestyle. And by the time you’re through with this track, you’ll be wishing you were up on stage dancing along with them. 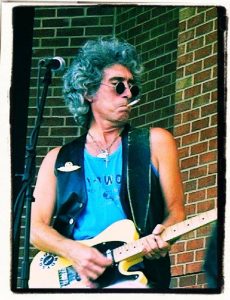 I Wanna Be A Rolling Stone is an impressive blend of good-time-having music and genuine musical skill. This is straight-ahead classic rock music at its finest, with an entirely authentic feel that’s so hard to find in modern music. Gar Francis‘ newest single is out on Bongo Boy Records, ready for rave reviews from all those who are nostalgic for retro rock sounds and a devil-may-care rock n’ roll lifestyle.

BELOW:  Listen to I Wanna Be A Rolling Stone and connect with his website and social media platforms. Please support Gar Francis by visiting him online, and playing, downloading, and/or purchasing his music, or attending a live show! And, as always, thank you for supporting real music!

Listen to I WANNA BE A ROLLING STONE by GAR FRANCIS:

Stream I Wanna Be A Rolling Stone on HearNow