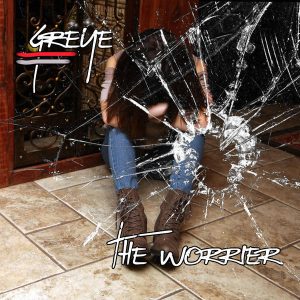 It has been said that age ain’t nothin’ but a number. In 2013, the founding members of Greye (Hannah Summer–vocals, Jett Wolfe–guitar and vocals, Josh Reid–bass and vocals) were competing at the Seabreeze High School Battle of the Bands competition. Now, just three short years later, with the additions of Ray Grimard (drums and percussion) and Ken-e Williams (keyboards and vocals), the Daytona Beach, FL rooted group has played dozens of venues and music festivals, and has released three albums, for which they’ve received heavy rotation in multiple radio stations around the globe.

Reiterate:  Age ain’t nothin’ but a number. And, discipline and heart don’t always require age to occur. In addition to a rigorous 20 hours/week rehearsal schedule, songwriting, studio time, and touring, the collective that is Greye has also just survived Hurricane Matthew. The circumstances make the title of their new album—The Worrier—somehow strangely appropriate. Here’s what we dug most…

A Little Honesty busts the albums’s door open with a funk-infused bass & guitar riff which demands your attention. The song absolutely sets an edgy, unsubtle tone for the album.

“They say…
That all wounds heal with time
But how does it heal, when it’s not real
It’s only a bullet in my mind
So take, take what you can
As it slips right through the quicksand
Tremors give way, I know someday
I will stop my hands from shakin’
Over that man!”

Our Favorite Track:
Tip of the Iceberg is a gorgeous piece of blues-inspired music. Rich layers of acoustic guitars and Hannah’s vocals tell the story of the elusive and perpetual chase after unconditional love. Musically, the song is a bit of a throwback to the mid-late 90’s…and that is a good thing.

Bravely, Greye concludes The Worrier with a cover of The Cranberries 1994 protest song, Zombie. I have a lot of respect for the risk this band took by remaking such an epic song. And, given our current social/political environment, the song has become entirely relevant once more. And, by the way, they pulled it off nicely. 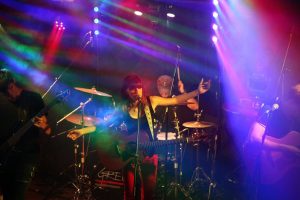 Building on an already solid musical library, The Worrier picks up where Greye’s two previous albums (Providence, and, The Tube) left off: walking the line between paying homage to music’s roots of rock & blues—and—refusing to be boxed conceptually, creatively, musically or lyrically. There’s a reason these guys have become wildly popular in the Florida live music scene. Find out why for yourself.

Below, you can listen to Greye’s album, The Worrier and connect with their website and social media, and streaming/download platforms. Please support Greye by visiting them online, and playing, downloading, and/or purchasing their music. And, as always, thank you for supporting real music!

Listen to The Worrier by Greye: