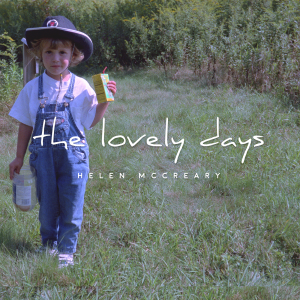 Q: Where in upstate New York did you grow up?
A: I grew up in Cazenovia, near Syracuse. It’s a really cute little town, pretty much in the middle of nowhere. It was a great place to grow up.

Q: In what ways have your parents, Kath & Jim, inspired your music?
A: Both of them are musicians as well (my mom plays clarinet, my dad plays trombone), and they were exposing me to music while I was still in the womb, pretty much. The only way my dad could get my brother and me to shut up on long car trips was to belt out songs at the top of his lungs. So I’ve been singing since before I can remember.

They’re both classical music nuts, so we only listened to Beethoven and Bach and things like that. I didn’t hear The Rolling Stones until I was a teenager. I completely missed the Spice Girls. It sometimes feels like I grew up under a rock, but I think it actually helps a lot with trying to find my own sound and voice. Now that I’m old enough to discern what I like and don’t like, I can pick and choose a bit more, instead of automatically gravitating towards one sound because it’s what I grew up with.

Q: You grew up playing the cello. Do you still play?
A: Haha yes, sort of! I stopped playing it seriously when I was eighteen, but I still break it out occasionally for gigs. My brother loved it a lot more than I did, and he actually went and got a masters degree in cello performance. That’s him playing on the album!

Q: What was the single galvanizing moment that made you pick up a guitar in 2013 and become a singer/songwriter?
A: I had always wanted to write songs, and part of me felt as though they were sitting there inside my head, waiting to come out. But I could not for the life of me write lyrics. I didn’t think I had anything to say that hadn’t already been said before.

I told my brother about this while we were both home for Christmas, and he suggested that I try writing a melody to an existing poem. He pulled out his giant book of Edgar Allan Poe, pointed at “Annabel Lee”, and my first song was born.

Obviously, since then my lyrical abilities have improved somewhat. But that was the real galvanizing moment in my songwriting career. Guess brothers are good for something :D 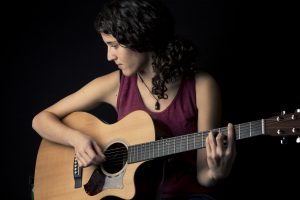 Q: What was your first guitar? Do you still have/play it?
A: My first guitar was actually my mum’s! I think it’s an Alvarez of some sort? Absolutely beautiful, has mother of pearl inlays and stuff. But I only ever fiddled around on it. I bought a Baby Taylor in Flagstaff (on one of my many roadtrips), and that’s the guitar I started writing songs with. I brought it to New Zealand, and started gigging and recording with it. Man, I loved that thing. When I moved to Brooklyn, I finally broke down and got a full sized Martin, which I also love with every ounce of my soul. But that Baby Taylor will always have a place in my heart. It’s in my parents’ house in Florida, enjoying retirement.

Q: When you are writing a song, what comes first, the music or the lyrics?
A: They usually come at the same time, actually. I’ll fiddle around on the guitar, and think about what I want to say. Then I just start singing – like a really slow, repetitive musical. It works best when I have something really important on my mind. My best songs sort of just emerge, and afterwards I barely even remember writing them. It’s weird.

Q: Okay, here’s personal one: Your song “As the Bark to a Tree” is really something. Who did you write it for?
A: I actually didn’t write half of the lyrics! The second part (from “If I ever live…”) is taken from a letter written by a Civil War soldier to his wife, a few months before he died in the Battle of Gettysburg. I heard it in the Ken Burns Civil War documentary when I was a kid, and it always stuck with me. It was a note on my computer desktop for a long time, and one night in New Zealand, I sat down and just sang it. Then I wrote some accompanying lyrics for the beginning, to turn it into more of a story.

Yeah, that’s my mum’s favorite song as well. She’s a big Civil War buff, and she keeps asking me to write more songs like it :D

Q: In some unspecified amount of time, your musical career explodes in the best of ways. What does that look like for you?
A: Oh goodness. I guess getting a licensing and publishing deal, being able to license my songs out to movies and TV shows, maybe selling a few to other artists… I’m not actually super fond of being on stage in front of a lot of people – it’s fine, it’s part of the job, but it’s not my idea of fun. If I could engineer my own perfect future, I would record songs, send them off to a publishing company, and spend the rest of my time doing archaeology.

Q: You get to collaborate with anyone of your choosing. Who is it?
A: Ummm… probably Brandi Carlile. She’s one of my favorite songwriters, I would love to jam with her.

Q: Your favorite album of all time? (Yup, you gotta choose one.)
A: That is SO HARD. Okay, if I define “favorite album” by “I love every single song on it”, then probably… Gotye’s Making Mirrors. Wait, can the entire Beatles anthology be an album? If so, than that. But Making Mirrors is up there.

Q: Your favorite song of all time? (Again, only one! 😉)
A: Argh, I’m terrible at choices like this. Probably “Let It Be”. When it comes to writing melodies, The Beatles set the bar so high it makes me want to go buy a ladder.

Q: What would you like fans to know about you that they’re most likely unaware of?
A: Umm… I’m one of the few archaeologists in the world who will actually admit that Indiana Jones was the original inspiration for my career choice. I was four, he was awesome, and then I read a whole bunch of books about mummies. Been hooked ever since.

Q: Anything else you’d like to add?
A: Thank you guys so much! Great questions :) And thanks to anyone reading this, I hope you enjoy the music!

Listen to The Lovely Days by Helen McCreary:

<< Go to our full music review of:  The Lovely Days by Helen McCreary