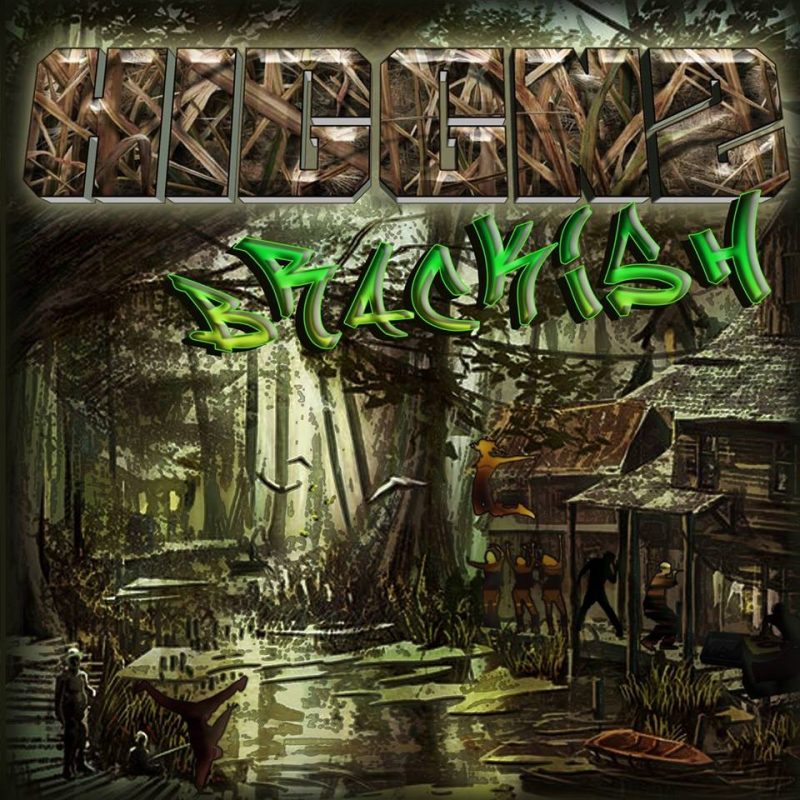 It all began as a hobby for Paul Higgins. Now, the hip-hop veteran from St. Bernard Parish in New Orleans, LA has a full twenty years under his belt. That’s two decades, y’all.

As a kid, his neighborhood crew banded together to form his first group, The Soldier Pack. And, like any new, indie-artist, they took every opportunity they could find to perform, whether it was a club, barroom, concert venue, or—without shame—busking on any street corner available.

“A song is nothing more than an idea from the current state of mind of an individual. As long as the lyrics and notes are spoken from the heart, there will always be someone who can relate to it.”

A hiatus came next. After years of grinding, the game had caught up with Paul, and he stepped away for a bit in order to refocus, and re-prioritize the important things in life. That time of self-reflection resulted in his first official debut solo album, Brackish, an aptly titled project named literally for the blended waters that surround Southeast Louisiana, and metaphorically for Paul’s diverse influences and personality.

Working with a small team which includes:  Sinima (producer), Jee-Juh (producer), Allrounda (producer), Like-O (producer), Darel Poche (producer), and PJ Mac (MC), Higginz  wanted to send a different kind of message, something more wholesome. In his words, “What I realized is that most of Hip Hop is embedded in about 10% of the artists environment. Usually the negative side of life. I wanted to take a different approach for this album and do something entirely different.” 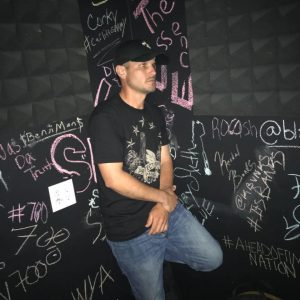 Brackish unapologetically kicks off the album with its self-titled track. Distorted electric guitar licks unite with that old-school steel-wheel-style scratching on this resume track, which establishes love for his people, his land, and his craft…

Hay’s “do it today” message is truth wrapped in a kind country-laced beat.

“One day at a time, eventually become a sagaI can’t say it’s gravy, until I get my pasta…”

Ending the project is the cathartic, Walk The Line, a piece with a forward-motion-philosophy which sports a minimalist melody composed of a blues-style organ, a few guitar chords, and strong kick and snare…

IN CONCLUSION…
Sharp. Professional. Blueprint. Brackish—the latest effort by New Orleans-area veteran MC, Higgnz—is real-time proof of what 20 years in the craft does for an artist’s skill, confidence, and competence. Truth be told, we’ve turned down many, many review requests from hip-hop genre artists—more than any other genre. Why? Because, as an MC, you can have great production and a great story, but if you haven’t mastered the craft of coming correctly to the mic—it’s all for nothing. And, two decades have earned Higgnz the ability to vocally stick’n’move around his beats. His time on the mic has fashioned his grimy, made-for-the-mic vocal timbre in a way that absolutely only happens during years invested. Time is key.

Regarding Brackish’s production, it speaks for itself. In fact, it’s so good, it undoubtedly helped to raise Paul’s game, as anything less would have created the disparity just mentioned above. Throughout the album, southern/country influences intertwine uniquely and tastefully to create beats that beckon the MC to simply show-up and spit. All in all, the project is a respectful nod to late 80’s and early 90’s hip-hop with a twist of modern production nuances which keep it all fresh. Very well done.

WHOSE LOVECHILD…?
Early Beastie Boys meets Run-D.M.C., with a twist of Dirty-Dirt McGurt…

BELOW:  Listen to Higgnz’ album, Brackish, and connect with his website and social media platforms. Please support Higgnz by visiting him online, and playing, downloading, and/or purchasing his music, or attending a live show! And, as always, thank you for supporting real music!

Listen to BRACKISH by HIGGNZ: