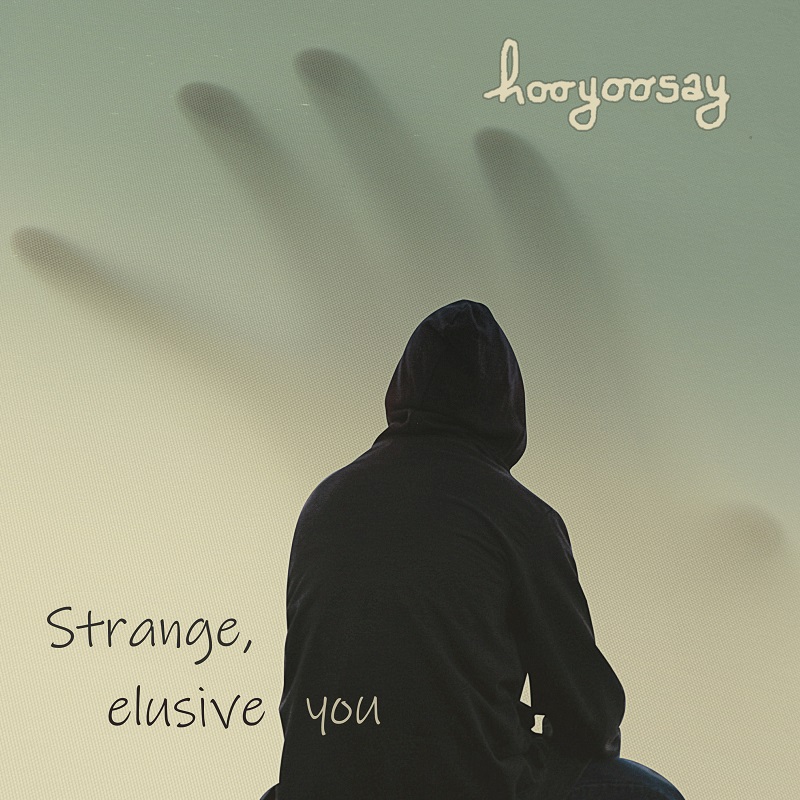 Basically, by their own admission, these guys were an accident. One fateful get-together/jam back in 2011 birthed an online release and an officially unofficial band of sorts. We present to you, Hooyoosay, a group that prefers complete anonymity and lets the music do the talking.

“An occasional recording jam eventually leading to online releases, and band-members preferring to keep their anonymity, that’s the short story of Hooyoosay.”

Fast-forward almost a decade, and—made possible by the power of the world-wide web, we suppose—that core group has expanded to the inclusion of artists around the globe coming together to create music for the sake of the art itself. All genres and styles, all influences, no rules.

Maintaining their anonymity and utterly impossible to pigeonhole into any one genre, the collaboration known as Hooyoosay has created a small library of work, including… 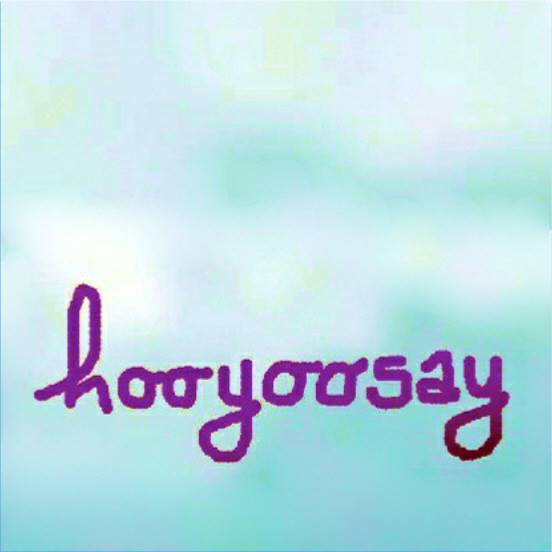 Now, their latest effort, the 2020 EP Strange, Elusive You is upon us all, and brings that same colorful unpredictability which only a collaboration of this magnitude could create.

An optimist’s anthem of love, the project opens with the unapologetically enthusiastic, Happy, Ever So Happy, an electrically poppy testimony to falling in love.

A polar opposite of its predecessor, All I Do Is Call Your Name, is an urgent feeling pop-rock track telling a tale of an obsessive, lost love, incapable of moving on. A funky bass-line and a couple guitar solos create something unique—though not unexpected given this group’s dynamic history…

“It’s so weird, it’s so strange
I’m not getting on, I’ve lost my pace
Adrift in dreams, gone astray
and all I do is call your name…”

Is it about God? A lover? A superhero? A guru? An idol? The abstract disco-meets-funk with a dash of hip-hop and title track, Strange, Elusive You, offers the space to decide for yourself as a surreal and psychedelic chorus intermingles with a free-style spoken word…

“You benevolent egocentric
You humble eccentric
Oh, you holy dandy in rags
Is that pure wisdom in your bags?
Peculiar thoughts you tell us
Quite obedient and yet rebellious
You point to the left, but you move to the right
cleverly avoiding to step into the light…”

The Broadway-esque, When You Get Huguette, is a bubbly and comical warning track to those naive to the ways of dangerous love. In sum, its a track for those who’ve been burned.

OUR FAVORITE TRACK… Closing the EP is the bluesy Olla Doo. Harmonica, electric blues guitar and keys, and a curiously wandering melody seem to tie up the spirit of the latest project by this band of music rebels. It’s a clean and crisp finisher which belongs somewhere on an old Psych soundtrack.

IN CONCLUSION…
Dynamic. Light and bubbly. Enthusiastically composed. Admirably unconcerned with modern musical expectations. The decade-spanning collaborative Hooyoosay’s latest EP, Strange, Elusive You, offers a child-like innocence in its delivery, even when diving into the deep darkness of jealousy, lost love, and heartbreak. Their enthusiasm for music is obvious and commendable. And their dedication to the sonic art-form over the years is worthy of recognition. Fans looking for a fresh and unique brand of pop-styles may find great interest here.

BELOW:  Listen to Hooyoosay’s new EP, Strange, Elusive You, and connect with their website and social media platforms. Please support Hooyoosay by visiting them online, and playing, downloading, and/or purchasing their music. And, as always, thank you for supporting real music!

Listen to STRANGE, ELUSIVE YOU by HOOYOOSAY: