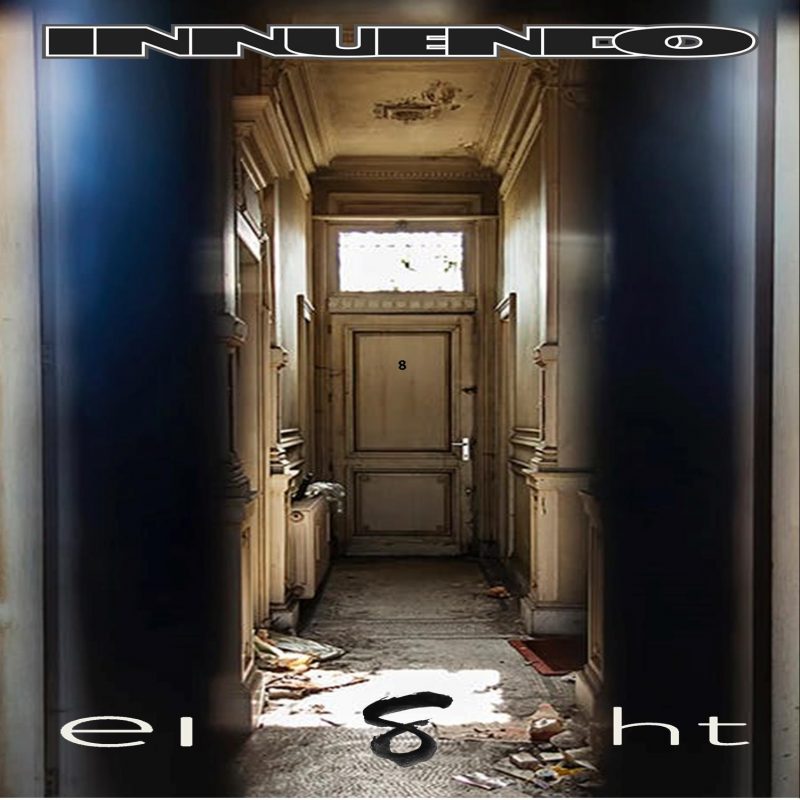 Dating all the way back to 1994, the boys of Arizona’s own 3-piece rock outfit known as, Innuendo, have truly attained troubadour status in the world of music.

The aptly titled, ei8ht, is the eighth studio album from their XLR8 Records studio. Following a long lineage of handcrafted rock’n’roll albums—which include, Raining In Mexico, Let Me Out, Half Empty, The Road Not Taken, and much more—this latest installment honors its predecessors, while opening up space for these three sonic veterans to explore new melodic territory.

Mastered at the world’s most famous recording studio, Abbey Road, in London England by Sean Magee (The Beatles, John Lennon, Steve Perry, Iron Maiden, Rush), the opening single, Back Home, jumps off the album with a good ole’ fashioned rubber-meats-the-road rock joint which sees the boys nostalgically exclaiming their appreciation for where it all began… home. Iconic 80’s influences abound. (Think:  Kansas, Warrant, and others.)

Elvis is a creative take on a legendary name. Though, even with a touch of brass and a few tempo changes, the track’s attitude is encapsulated by one line…

“I’m crumbling away in the cookie-cut world
Would it make any difference at all
If I sang like Elvis?”

OUR FAVORITE TRACK…
There’s a confidence in one’s musicianship that absolutely only comes with time put in, with work, with—for example—eight albums in the can. The album’s third track, Hard To Remember, offers an example of this kind of confidence and swagger in both performance and writing. Razor sharp production and one bad-ass wah pedal also don’t hurt. It’s our favorite track on the record. 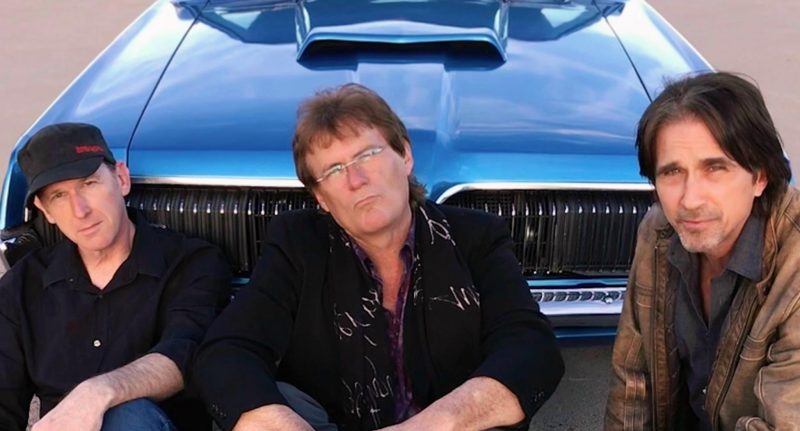 The grimy ode to adrenaline and debauchery that is, Coffee & Cigarettes, shows-off those veteran production chops once more, as the track harnesses layer upon layer of instrumentation into one cohesive ass-kicker—clear and sharp. It’s one of those tracks that really reminds you of what not only rock—but popular music in general—used to be. (Think:  early-era Black Crowes.)

The jazzy sax riff in Glimmer is just fantastic, totally chill, and provides contrast for the track’s edginess.

The project concludes with the the ever-so-slightly jazz-lounge piece, Goodnight, just in case you thought you knew exactly what these guys were about. That said, is it jazz-lounge, or, psychedelia? You be the judge.

IN CONCLUSION…
Blissfully nostalgic. Rich and satiating. An honorable homage to the best that 80’s rock had to offer. Veteran song-smithing from veteran song-smiths. Innuendo’s eighth album, ei8ht, not only masterfully incorporates the expected elements of a rock album (electric guitars, throbbing kegs, and soaring vocals), they also know when and how to incorporate the other stuff as well (horns, synth, harmonies, etc.).

To that end, the result is a group of songs which not only thematically and stylistically work for the purposes of a rock’n’roll—but also have the ability to stand on their own, offering some unique and fresh energy to each respective predecessor. It’s also worth mentioning Laferty’s ability to project powerfully professional rock vocals without ever—ever—overstaying, overdoing, or hogging the signal.

All in all, ei8ht consists of eleven meaty, hand-crafted rock songs forged with an intelligently creative spirit by three dudes who are clearly still in love with the art of making rock’n’roll. If you’re a fan of 80’s-style guitar rock, we think you’re going to appreciate this album very much. Please check it out below.

WHOSE LOVECHILD…?
Kansas meets Warrant with a twist of The Outfield…

BELOW:  Listen to Innuendo’s album, ei8ht, and connect with their website and social media platforms. Please support Innuendo by visiting them online, and playing, downloading, and/or purchasing their music, or attending a live show! And, as always, thank you for supporting real music!

Listen to EI8HT by INNUENDO: