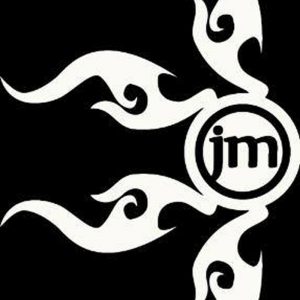 In November of 2012, Tampa, FL gave birth to the rock foursome know as JackMantra.

Now, years later, after grinding it out on stage and in the studio, Darell (Vocals), Mike (Drums), Joseph (Guitar) and Larry (Bass), have recorded and released a full-length, aptly-named, self-titled album, JackMantra. I say “aptly-named” because—as you will notice in the review below—these guys have clearly learned from some legendary acts, and have worked undoubtedly hard to carve-out an identity all their own in order to establish something uniquely solid. Spoiler alert…this album kicks ass.

Waiting for no man to open the door, Rage kicks it in with a riff which is immediately reminiscent of 90s rock legends, Alice In Chains. Vocally, Darell establishes an impressive standard…track one.

Save Me sounds like something off of 1991’s Silver Side Up by Nickelback. (Nickleback’s best work in my opinion.) From front to back, this track is harsh and grimy in the best of ways. What’s more, Darell’s vocals tie everything together as he stays in key without ever losing the grit.

“Who is JackMantra? It’s an experience, it’s an idea, it’s a band.”

Pay attention kids, the epic, Waiting, is like a rock-song blueprint which teaches everything from vocal cadence, to where to place a subtle/contrasting refrain, to when to use a wah pedal in your solo. Take notes…it’s really, really good stuff.

Poison inspires thoughts of Metallica’s, St. Anger. Be sure to hang around for the 10-second solo at the very end—slash and out.

Why I Am is like Primus meets Disturbed as it alternates a wandering, psychedelic guitar lick with an all out metallic kick in the pants. 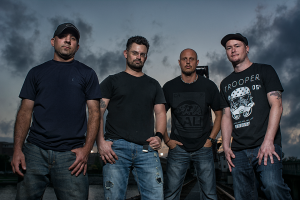 Our Favorite Track:
The poetic War closes out this absolutely impressive project with an appropriate plea…

ATTENTION PLEASE:  What we have here is a ZERO THROW-AWAY TRACKS album—a rare unicorn in the musical universe! Without a big-name label behind them, or a star-studded production team, or a million-dollar budget, the boys of JackMantra have created something that is:  1) Technically and instrumentally wicked, which I feel very comfortable comparing to some legendary acts (see “Whose lovechild” below); 2) Vocally excellent (Darell’s timbre could be described as “explosive, grimy desperation”); and 3) Is topped-off with stellar mixing and production to boot.

This album, in my not-so-humble opinion, offers concrete proof that the respite for great music—which resides within the independent music community—is alive and thriving, more so now than ever before. Truth be told, in my first pass through these 11 songs, I found myself wondering why I hadn’t heard of these guys yet. My hat is off to this seriously legit rock and roll.

Whose lovechild…?
Early 2,000s Nickelback, with splashes of Alice In Chains, Rage Against The Machine, and late-era Metallica.

BELOW, you can listen to JackMantra’s self-titled debut album, and connect with their website and social media platforms. Please support JackMantra’s by visiting them online, and playing, downloading, and/or purchasing their music. And, as always, thank you for supporting real music!