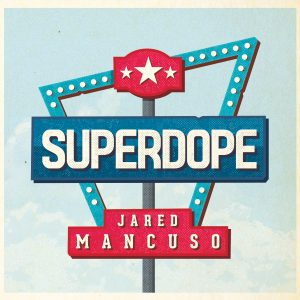 Inspired by everything from The Beach Boys to The Black Keys, Jared Mancuso is an insanely talented dude, who can play any instrument on his albums. Although the Pennsylvanian has been involved with a number of other outfits, including The Jared Project and Not Fade Away, he now finds himself flying solo for the first time since his 2012 effort, A Very Pleasant Person.

His latest project, Superdope, is as precise as it is fun, and as sharp as it is raunchy. Here’s what we dug most…

The Weezer-esque The F*ck is a catchy, anthemic ode to millennial ambivalence. Be careful, this one might get stuck in your head…

“I can blame the stars and planets for all my problems, but that won’t get me anywhere
Or maybe it’s my shoes or clothes or hats I use to cover up my hair
It could be that I’m not good enough to make it, maybe I aint’ gotta prayer
But I sure as sh*t keep tryin’ even when I, I think I’m runnin’ out of air”

The riff in the album title track, Superdope is just flat-out wicked. When combined with the song’s vindication-theme, what you get is a piece of songwriting which one could argue rivals the greats. (Don’t roll your eyes—check out the song!) 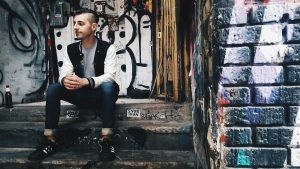 Our Favorite Track:
Mayday [Instrumental] Less than three minutes long, this little ass-kicker is like a reminiscent combination of early 80’s ZZ Top and early 90’s Smashing Pumpkins. Basically, the best of both periods duking it out.

In short, Superdope lives up to its name. Loaded with crisp, raunchy guitar riffs, and plenty of lyrical attitude, it absolutely never fails to entertain. Listening to the album from front to back feels like the soundtrack to an episode of Californication. Seriously though, put on some headphones, lay back and close your eyes…can’t you just see Hank Moody carrying out some random shenanigans to Mancuso’s brand of punked-out funk-rock!?

On a more serious note, Superdope is filled with rich and complex punk/garage-inspired melodies, rhythms and vocals, all swirled together with tons of high & low, loud & soft, and stop & go contrast to keep a fan more than interested. The end result is an album that is not only technically and musically wonderful…it’s just plain fun. Truth be told, I’d love to be in Jared’s band. If you’re a fan of any kind of electric-guitar-based rock and roll, you’re going to love this album.

Whose lovechild…?
Picture this:  Green Day and Weezer are sitting around all night playing 50’s rock tunes. At some point in time, Sponge crashes the party, and somebody in the room turns on a recorder. That recording would sound something like Superdope.

(Superdope officially releases on 11-15-16, and is available for pre-order on iTunes on now!)

Below, you can listen to music from Jared Mancuso’s album, Superdope as well as some of his earlier work, and connect with his website, social media, and stream/download platforms. Please support Jared Mancuso by visiting him online, and playing, downloading, and/or purchasing his music. And, as always, thank you for supporting real music!

Watch Jared Mancuso’s music video for the song Roll Over: