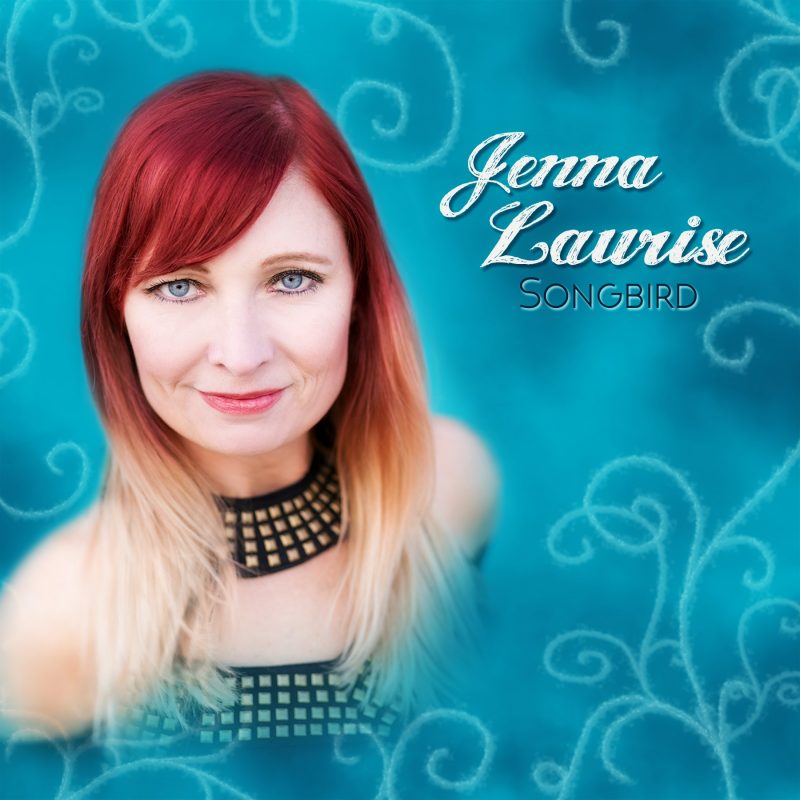 Below, you can read our interview with Jenna Laurise, and listen to her album, Songbird. Check out our full music review of Songbird, HERE.

Q:  You’ve been performing professionally since your were 12 years old! Tell us about that first theater performance all those years ago; was it nerves or Nirvana?
A:  Honestly, from my very first professional theater experience on, I felt right at home on the stage. I remember getting a little nervous, but it just kicked my adrenaline into full gear and made me perform even better, I think, because I knew people were watching.

Q:  Your father was also a musician. How does the impetus of his musical presence still affect and inspire your music today?
A:  I think about my dad often as he was always the guy at our family functions that had his guitar out and had us all happily singing along. He always inspired me to go after my musical and performing dreams. Right before he passed away, I was working in a different field than music. He basically told me that he knew that I was meant to be a performer and musician and that I should pursue it as my career. This gave me the courage to step out on faith and just go after pursuing music full-time as my career. I quit my job, jumped in, and have never looked back!

I was also really close to my stepdad, who passed away this last year. I wrote the song Waves a month after he passed, as a way of dealing with the death of both of my dads. It’s hard to know what it’s like to grieve the loss of a close loved one until you actually go through it yourself. I hope Waves really touches the hearts of people that go through great loss in their life.

Q:  You hold both a Bachelor’s and Master’s degree in Vocal Performance! In an age when so many are going to school to study obligatory topics, can you put into words what it was like attending school to learn about—and actualize—your passion?
A:  Totally liberating! I really believe that if you are not doing something in life that you are passionate about, whatever that may be, you are missing-out on living your life to the fullest. I didn’t want to look back on my life and regret that I did not pursue music as my career. So often we don’t take enough risks to realize our dreams and passions. Studying music in such an intense environment gave me not only the skills that I needed to learn, but also the confidence to actually get out there and do it in the real world.

Q:  You created, own, and operate the Jenna Laurise Music Studio where you teach students all things music. You’ve said that teaching kids helps balance you out as an artist. What do you mean by that?
A:  I think as music artists, we can often get stuck in our own heads and live in our own little worlds. Oftentimes, I am in the studio by myself for hours on end writing, creating, and recording. When I teach, it gives me the opportunity to focus on helping others—which gets me out of my own head and opens up my way of thinking. I also believe that helping other people is therapeutic for my soul, because then life is not all about “me” but genuinely helping others too.

Q:  Songbird is already your 3rd album; what intention did you carry with you for this project, and how did that differ from you previous albums?
A:  I have been seriously working very hard on my songwriting skills for about 8 years now, and this album is honestly a whole new level for me both stylistically and in my songwriting abilities. I belong to several music organizations that offer feedback about the songs that I write. Those honest, unbiased critiques that I’ve received have been the catapult of change for me as a songwriter and artist. I believe my previous albums were good, but I wanted the production for Songbird to match the level to which my songwriting and development as an artist have grown. 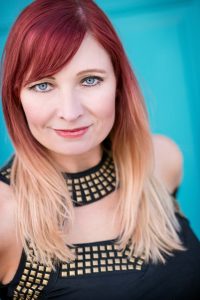 Q:  How long did Songbird take to record? Tell us a good studio session story!
A:  It took almost exactly a year and about 1,000 man hours to finish this project. I was working on this project while running my music studio full-time, working on other recording and songwriting projects, gigging about 4 times a month, and taking care of my family; so it has been a lot of work!

Working with Jan Baars, my producer in the Netherlands, has been a unique experience! I recorded vocals in my own home studio with a Neumann mic and he did the rest from across the globe in a time zone that is 8 hours ahead of Colorado. We used Facebook messenger video and email to communicate, and Google Drive to share files digitally to make it all come to life. Fifteen years ago this wouldn’t have been possible—at least not this quickly. Gotta love technology!

Q:  Perhaps in some unspecified amount of time, your musical career explodes in the best of ways…what does that look like for you?
A:  Success in that way would mean making a name for myself locally and then regionally. It would also mean getting more of my music featured on film and TV, and eventually making a positive impact around the globe. I would also like to go on tour first regionally and then nationally.

I think a huge amount of fame would change my life too much so being known (but not too known) would be perfect! Ultimately, I’d like to win a Grammy, either for my songwriting, or as a performing artist/songwriter. Winning an award like that is not the penultimate for success though, as there are SO many talented artists and songwriters that never do.

Q:  You get to collaborate with anyone of your choosing. Who is it?
A:  Definitely Ed Sheeran! He’s amazingly talented both as a songwriter and performing artist. If he were still alive, I would say Freddy Mercury. The man was a musical genius, in a class all his own!

Q:  Your favorite song of all time?
A:  Again, you’re killing me! I would have to say Hotel California by the Eagles. It reminds me of my childhood when my dad, my sister, and I would jam out to the Eagles in his little red Subaru.

Q:  What would you like fans to know about you that they’re most likely unaware of?
A:  I am a deeply spiritual person. I believe in God but I don’t go around preaching this to people, as I believe the way you live speaks louder than what you profess to others. I’m always trying to work on being the best version of myself possible and believe that you should always be growing, changing, and evolving as a person.

Q:  Any shout-outs you wanna make?
A:  I would like to give a huge shout out to my awesome music producer, Jan Baars, who totally turned my songs into something magical! I’d also like to give a big shout out to my mom, who not only comes to almost all my gigs, but has always inspired me to go after my dreams and believed that I could do anything I set out to do. My husband and 2 boys, Cameron and Connor, have also been a HUGE support in my music career and I’m so grateful for that! Both my sons are following in my footsteps with music, and my 14 year old son Connor even produced and co-wrote Home on the new album, which I am SO proud of!

Q:  Anything else you’d like to add?
A:  I just want to tell any of you out there that want to pursue music (either as a hobby or profession) to never, ever, ever give up! If this is truly what you are called to do, just keep growing and learning to be the best musician/writer/singer that you can possibly be, and then don’t ever give up. The quote that I hold onto and remind myself of almost every day is, “Success is when preparedness meets opportunity.”

Listen to music from SONGBIRD by JENNA LAURISE:

<< Go to our full music review of SONGBIRD by JENNA LAURISE