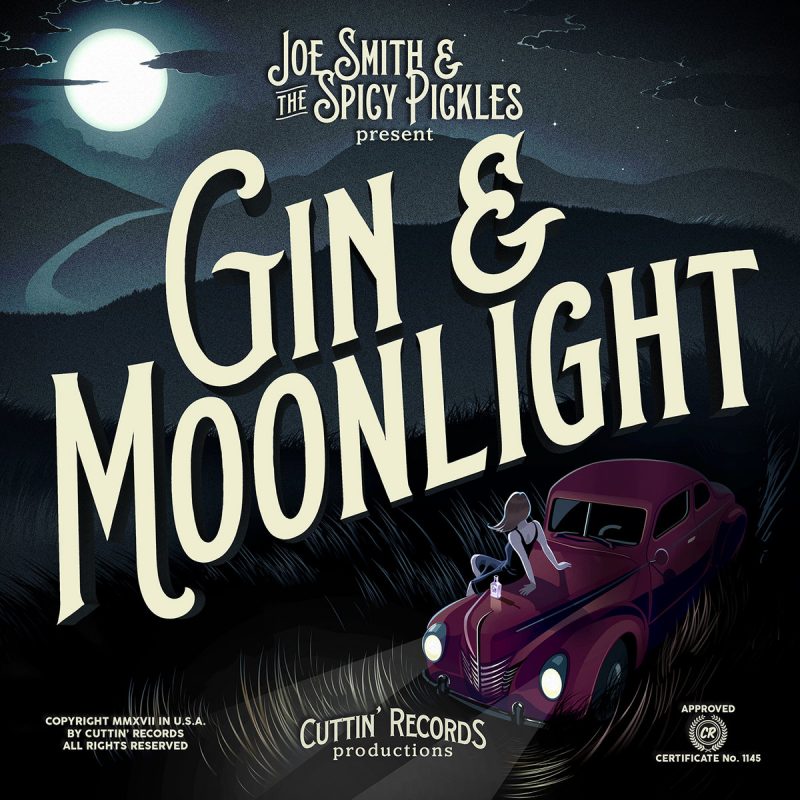 After a long childhood history with music—which included being paid by his grandmother to practice at age five—band director, trumpet player, and vocalist, Joe Smith, started the Denver, Colorado–based swing group, Joe Smith and The Spicy Pickles, in January of 2013, devoted to revitalizing swing music and dance.

With their previous work, which includes 2013’s Extra Spicy, 2014’s Rocky Mountain High, and 2015’s High​-​Fidelity, the spicy bunch have recently released their fourth studio effort, the funky and wild, the smooth and groovy:  Gin & Moonlight. 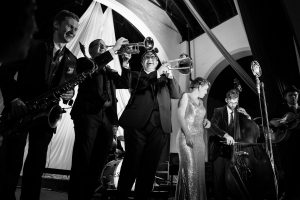 OUR FAVORITE TRACK…
The easy-does-it vibe and Griffith’s smokey vocal timbre in, Moonglow, make it hard to focus on a Saturday night. Would someone put this on a soundtrack already?

Cara’s shiny vocals gets the call again on, They Raided The Joint, a classic piece of swing-storytelling…

“They raided the joint, took everybody down but me
I was over in a corner, just as high as I could be…”

The aptly titled, Mirage, switches tempo—transitioning from mysterious to curious—with the drop of a dime at around 1:03, and back again at 3:30. It’s just cool stuff.

What I love most about this genre shines through in the album’s closers, Lullaby Of Leaves, and, I’ll Be Seeing You; as they demonstrate how little is actually needed to create a sultry mood and a yearning heart. (Mind you, “little” references players—not talent.)

IN CONCLUSION…
Think:  Cigars and cocktails. Think:  a smokey haze on the ceiling. Think:  a bass-line in your bones, the lights down low, and your cares are behind you—for at least tonight. Music like this prevents all work from getting done; including, ironically, my own. Which brings me, reluctantly to some semblance of a point, which is this:  With only seven members, Joe Smith & The Spicy Pickles, could be called minimalist in numbers, but are in absolutely no stretch of the imagination minimalist in sound and spirit.

Clever and familiar riffs pay homage to the genre’s figureheads, while interesting thematic & tempo changes keep things fresh and new—both lyrically and musically. Speaking of which, how often does one come across of voice that needs nothing at all? No harmony. No reverb. Nothing. Such is the case with the Pickle’s, Cara Griffith.

All in all, the album is wildly entertaining. Big band lovers, swing enthusiasts, jazz-heads, and fans of weekends everywhere:  give Gin & Moonlight some of your time. (I even dig the cover.)

Listen to GIN & MOONLIGHT by JOE SMITH AND THE SPICY PICKLES:

Share JOE SMITH AND THE SPICY PICKLES with your people: