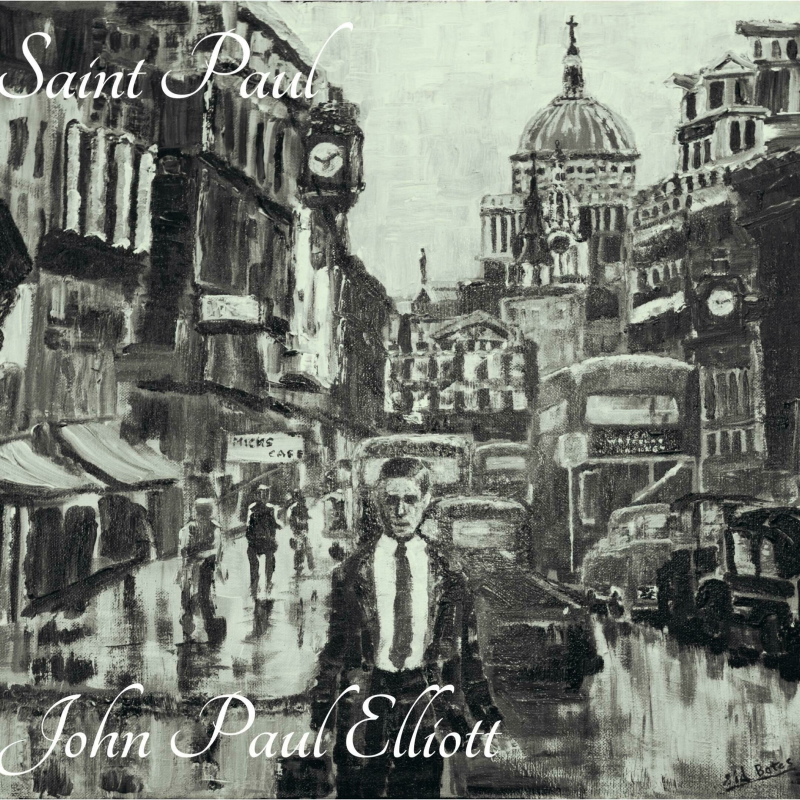 Below, you can read our interview with John Paul Elliott, and listen to his album, Saint Paul. Check out our full music review of Saint Paul, HERE.

Q:  Musically speaking, you’re a quintessential “late bloomer” as you got started in your musical vocation a bit later in life (just four years ago). I’ll bet there’s a novel’s worth of reasons for this? Spill it…
A:  Life situations basically. Chasing work, traveling around the UK, several broken relationships, and having two daughters. It wasn’t until I settled into Essex that I picked up the guitar in earnest. There is a very healthy music scene here of all genres, talents, male, female, young and old. Also, Central London is half an hour train ride from where I live, and I often play in Camden in North London.

Q:  Why now? What happened; what inspired this movement toward your art at this stage in your life?
A:  The inner voice just got louder. It felt like a tap that needed to be open. Being settled in Grays, Essex gave me the space and offered the opportunity to perform via open mic nights and gigs. These gigs have allowed me to get better as a performer and have allowed me to test out my own songs. You never quite know how good a song is until a room full of strangers hears it. Also, encouragement from other musicians I’ve met, as well as the support from my partner.

Q:  Have you always had some musical talent or ability?
A:  Mmmm?? I play guitar in the singer songwriter mode, ukulele, bass & I can play keyboard. These instruments are just vehicles to write songs. (I am not the guy playing a guitar solo.) I am also the world’s worst drummer.

Q:  How have your friends and family responded to this new journey?
A:  Think:  Quiet indifference. I think they like it and are proud. But they don’t do emotion all that much. Or maybe they think if they praised me I’d end up a big-headed intolerable a-hole (even more than usual).

Q:  What do you do for a living—how do you pay the bills? Married? Kids?
A:  Pipe-fitter/welder. It’s the type of job that had me travelling around the UK looking for work. Married for over 5 years. I have two daughters (from a previous relationship) who live in Scotland.

Q:  Originally from Scotland, you’re currently from Grays Essex, east of London. Was it the music that brought you there? How has the “change of homelands” affected your music?
A:  It wasn’t music that brought me to Essex. Originally it was work, and then love kept me here. But moving south from Scotland to England has been vital for my music. Falkirk (my home town), had no live music at all. But Essex with its stream of towns alongside the river Thames has pubs, events, and music venues where you can play 7 nights a week. 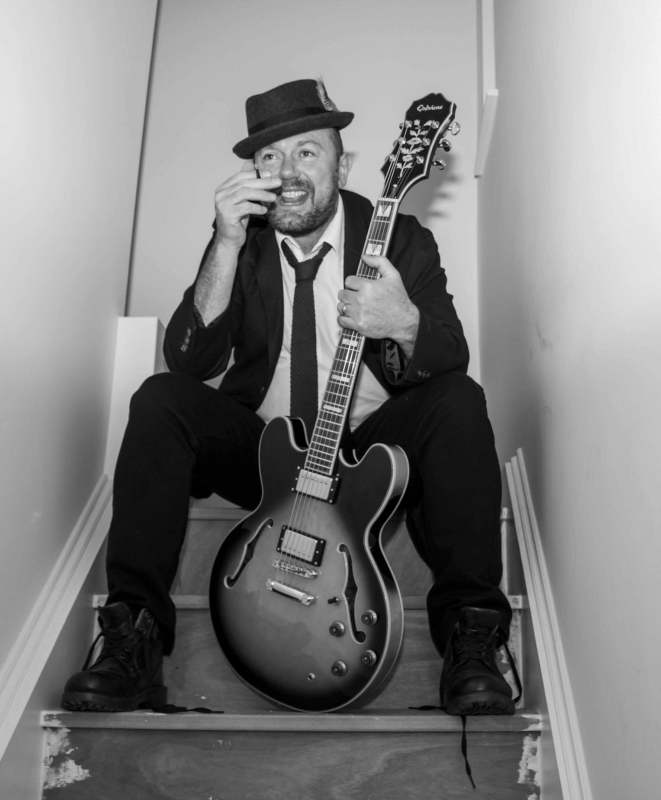 Q:  Your second album, Saint Paul, has a strong British-rock feel which is infused tastefully with other folk and blues elements. All in all, it’s underpinned by a real innocent, wholesome positivity. Was this on-purpose? Or, is this just where you’re at in life right now?
A:  I think it was on purpose (ish). I’m a Saint, Tough Old Life, On the Stairs, You Are Loved, Love is There, and Losing Your Halo are all positive in various ways. Tide Will Turn is probably the most positive song on the album. The other songs are about death, breaking up, and the frustration of the rise of right wing politics. I think that when life is a little bit harder, more positive songs appear. I always write songs inspired by people around me. You Are Loved is a song to my daughters.

Q:  How long did Saint Paul take to record? This being your first album, can you share a good studio story with us?
A:  It took 10 months to record. But, it was a couple of days a month, really. I recorded it in Chelsea, London with a supremely talented lovely guy called Franc Cinelli in his Songcircle Studio. Franc played a variety of instruments and produced the album. We also had help on vocals from a good friend of mine named Gemma Grant.

Q:  Can you tell us about the first moment you picked up a guitar?
A:  When I struggled to learn it, I threw it at the wall. It bounced back unbroken and it me on the head. I saw that as a sign.

Q:  Perhaps in some unspecified amount of time, your musical career explodes in the best of ways…what does that look like for you?
A:  For me it would be writing songs and seeing other people bring them to life. And having people relate to, or be connected to, my songs in some way. That, and experiencing the thrill of an audience singing along to one of my songs.

Q:  You get to collaborate with anyone of your choosing. Who is it?
A:  Paul McCartney. If you can’t arrange that can I please write with Neil Finn?

Q:  Your favorite album of all time?
A:  Tug of War by Paul McCartney. I bought it as a teenager on holiday with the family. It was 6 days before I could actually listen to it. But I knew all the words and who played what on it because I read the sleeve notes every day.

Q:  Your favorite song of all time?
A:  Carry the Weight/Golden Slumbers/The End medley on Abbey Road by The Beatles. It has everything. Drum solo, guitar solos, and the best line written in any song. A line that people really should try and follow, “…and in the end, the love you take is equal to the love you make.”

Q:  What would you like fans to know about you that they’re most likely unaware of?
A:  I love Dr. Who (ssshhhhh!)

Q:  Any shout-outs you wanna make?
A:  First to my wife, Jeannette, who has to sooth and encourage my fragile musician’s ego. She offers nothing but love and support. Franc Cinelli – a producer who I trust, and who improves my songs every single time—either by his playing, his ideas, or his encouragement of me. Gemma Grant – who has a great voice and a good ear in the studio. And, to all my Essex musical friends; such a diverse, weird, warm, and talented group of people.

Q:  Anything else you’d like to add?
A:  Please buy the album! Saint Paul out now.

<< Go to our full music review of:  Saint Paul by John Paul Elliott