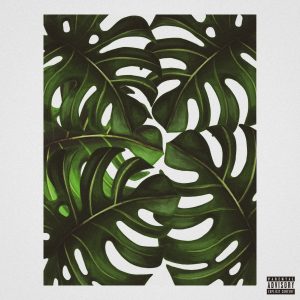 Based out of Oklahoma, new artist Kemper Grant has recently released his debut album on all major platforms earlier this year. The eight-track release, titled Jungle, offers listeners a wide variety of sounds across the record, giving it broad appeal.

On Jungle, while the overall feel of the album alludes to modern pop, there’s quite a number of genres showcased within the dominating style. The variance of sounds is broad and varies between smooth tones, catchy melodic lines, plenty of electronic synths and vocal processing, and even allusions to 80s sounds.

The album opens with All Day All Night, and right away it’s clear that this record is going to have a great, modern sound throughout. The production is clearly high-level and well thought out, which elevates the songs even further. Grant’s vocals in this track feel like the quintessential male pop vocal – but to be clear, this is meant as a compliment, as this track has a radio-ready feel and would fit in effortlessly among the other tracks spinning on pop radio stations currently. The break and abrupt change in instrumentation at 3:39 just before the rap is an intriguing addition to the track that keeps the listener dialed in all the way through.

In Blind, we’re treated to quick, staccato melodies over smooth, spacey sounds. The addition of the female vocals from Emily Auer complement Grant’s vocals nicely and are a great addition to the track. The heavy use of the wah pedal on the guitar in this track is another great choice, especially as the riff mirrors some of the main melodic parts.

We also love Uber Ride to Cry for its immediately catchy beat. Heavy on the synths but never overcrowded sonically, this track has great energy and feels fun despite the title alluding to something more depressing. The heavy vocal processing at various parts adds to the carefree vibe of this particular song.

Hold My Breath shows a great deal of vulnerability and restraint from Grant. This is a slower and more emotive ballad that builds slowly, gaining momentum and building layers of sound as the track progresses. The hook is catchy and straightforward, and highly relatable in its bluntness: “Do not be dumb, she’s not the one.” Repeating the refrain over and over as the melody changes and evolves across the track helps to drive the message home.

Kemper Grant‘s debut material is full of high notes. With complex melodies and great production choices in the front seat, this record keeps the musicality of the songs as the main focus, and each track is catchy and memorable in its own right as a result. The wide range of influences and styles that appear across this record make this music accessible and appealing to a wide audience. Jungle is a promising first release from this young artist – if you’re into electronic sounds, hip-hop, modern R&B, or just a fresh spin on the sounds in current pop music, this album is most certainly worth a listen.

BELOW:  Listen to Jungle and connect with his website and social media platforms. Please support Kemper Grant by visiting him online, and playing, downloading, and/or purchasing his music, or attending a live show! And, as always, thank you for supporting real music!

Listen to JUNGLE by KEMPER GRANT: