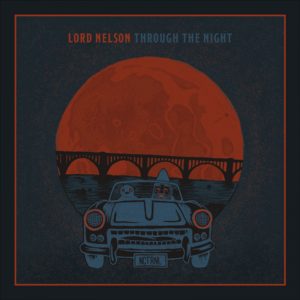 There must be something in the water down there, because Charlottesville has just tossed us yet another one. Ladies and gentlemen, I’d like to introduce you to Charlottesville, VA’s own, Lord Nelson. Formed in 2012, these five qualified noisemakers describe their sound, quite simply, as American Rock’n’Roll. And, I must admit, I dig that.

Currently consisting of Kai Crowe-Getty (lead vocals, guitar, songwriting), Henry Jones (keys, trombone, vocals), Calloway Jones (lead guitar), Andrew Hollifield (bass), and Johnny Stubblefield (drums), as a follow-up to 2015’s crowd-pleasing, The County, the boys have returned with 2018’s sophomore effort, Through The Night; an album written on and off the road, which explores today’s dark themes—personal to national.

Guitars, guitars, guitars. Opening with the cathartic, Second Chances, Kai reflects on what could have been, while the band creates a saturating wave of rock melody, rich in southern-influence and plenty of guitar solos to satisfy both soul & ego…

“I believe that there’s a difference, in the way that we feel pain
And I believe in second chances, if only they’d feel the same…”

Vocal harmonies, organs, and more of that straight-up rock guitar create the album’s recently released lead-off single, Tail Lights, a reckoning of both the joys and sorrows of leaving loved ones behind in order to hit the road and do that music thing. (Check out that track below.) 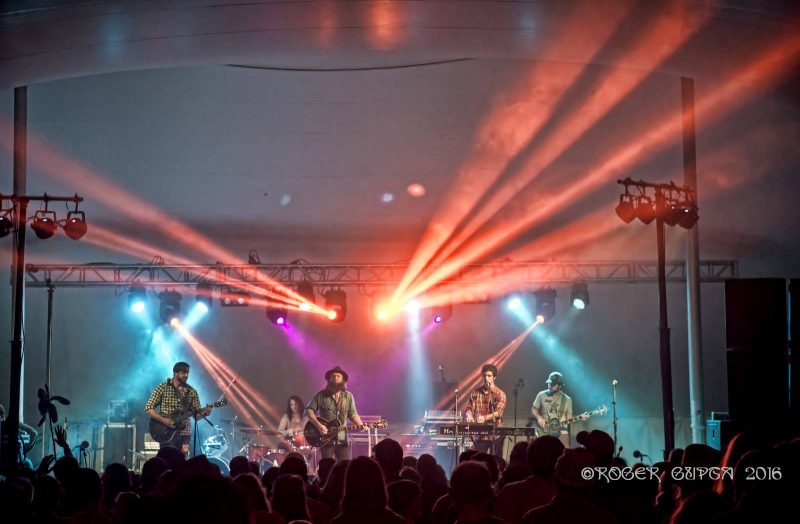 With it’s smooth R&B groove, Safety Meeting, is immediately reminiscent of classic rockers, The Band. You might also appreciate the track’s ironic, and ever-so-sarcastic message..

“Things are going to change, so shut up and grab the reins
I just thought you should know
You’re gonna die…”

Southern Discomfort gives a nod to the rising unrest felt by anyone who’s been keeping an eye on the growing social and political tensions of late. While a dark theme, the track’s melody and chord progression are light and hopeful.

OUR FAVORITE TRACK…
Closing the album is the Petty-esque, Running On Back, a truly radio-ready rock anthem dedicated to homelands everywhere.

IN CONCLUSION…
American Rock’n’roll. I can do no better than Lord Nelson’s own description of their sound when discussing their sophomore album, Through The Night. Rock guitars, organs, harmony vocals, accessible themes, catchy vocal hooks, and tasteful solos create a rock album blueprint for up-and-comers planning on making rock albums of their own. What’s more, the music is  generally relatable and up-spirited, giving listeners a sonic solace, a place to retreat.

BELOW:  Listen to music from Lord Nelson’s album, Through The Night, and connect with their website and social media platforms. Please support Lord Nelson by visiting them online, and playing, downloading, and/or purchasing their music, or attending a live show! And, as always, thank you for supporting real music!

Listen to music from LORD NELSON’s album, THROUGH THE NIGHT: