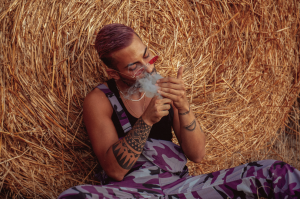 Naples, Italy based artist Luke ATME has been chasing his dreams since he was very young. He began singing at the age of 14, primarily posting covers and developing a fanbase online. He was also a part of a local dance group that competed nationally, allowing Luke to develop his dance skills alongside his musical ability. He went on to study music performance at the University of West London and graduated in 2017, followed quickly by the release of his first EP, “Loudest!“. In 2019, Luke won several awards,  including a Golden Award for Song of the Year for his Spanish single Perdóname, AAA4Success Award “Artist of the Year”, and the Golden Award for “Artist of the Year.” Today, we’re taking a look at Luke’s most recent single, the sultry, danceable, pop earworm Quiero Más.

The intro to Quiero Más is quintessential minimalist pop, with a great build in the percussion after the vocals enter. It has an endless-summer feel, creating an almost tropical rhythm alongside the electro-pop base. The song has a great arc, increasing in intensity across its length, the result being a dynamic, high-energy track that would fit in nicely between popular hits like Despacito and Bailando.

Luke’s vocals pair with this single excellently, lending a smoky, intimate feel to the track, while still maintaining a definitive pop feel. They’re nuanced, intimate, and extremely expressive. It helps to sell the story even further – the electric, palpable chemistry between him and his lover is intoxicating, leaving him (and us) always wanting a little bit more.

This song is the perfect throwback to summer when much of the world is heading into colder weather, reminiscing on warm, carefree days and dancing away the nights. With its exhilarating love story, supremely catchy rhythms, and alluring energy and performance, we think you’ll be wanting a whole lot more of Luke ATME after you get a taste of Quiero Más.

BELOW:  Listen to Quiero Más, and connect with his social media platforms. Please support  Luke ATME by visiting him online, and playing, downloading, and/or purchasing his music, or attending a live show! And, as always, thank you for supporting real music!