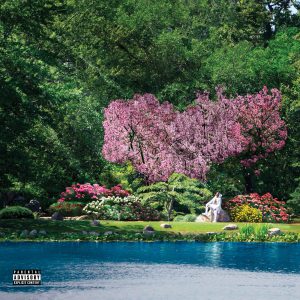 Originally from Chicago, R&B artist Matt B is a singer, songwriter, and Recording Academy/GRAMMYs voting member. Matt got his first taste of commercial success when he signed with Star Base Records Japan in 2014, and saw his debut Japanese album rise to the top of the R&B charts. In the time since, he has released a plethora of successful music, garnering over half a million streams on Spotify alone with his 2018 EP Rise. This year, Matt has released his debut US release, a full-length album titled Eden. The tracks on this album have already accumulated thousands of streams, and for good reason. Matt B’s music is vibrant, modern, and infectious – a triple threat.

Opening the album is Saucy, and it immediately sets the tone for the project. Uptempo and as contemporary as they come, this is high-energy R&B, infused with pop and hip hop elements that give the track edge and energy.

Bad Vibes has a surprisingly soft intro, the delicate, flute-like tones permeating the entire track. It’s an unexpected addition to what is otherwise a fairly hard-hitting percussion and synth arrangement in comparison, but as we get to the chorus, the entire track softens even further, and those opening tones feel like the most natural inclusion in the world. It’s warm, musical, and smooth.

The track Go Hard lives up to its name entirely. It’s lighter on the production, but still has plenty of textural synths, and it has one of the catchiest melodies on the record to boot. The group harmonies in the chorus give it a depth and richness that pop over the instrumentation beneath it. This one has all the makings of an instant hit, and the music video for this track sells Matt’s image, persona, and style even further.

Quarterback is a standout on the album as well. Its minimalistic intro gives way into a sleek verse, relaxed but never too loose. It feels like a bit of a throwback in execution, pulling on older elements from the R&B genre that work well with the production on this track. The heavy effects on the vocals in the chorus are a unique and captivating moment, working well in contrast to Matt’s glossy, soulful tenor.

We also love I Spoiled You, a track that helps to show off Matt’s artistic range. It incorporates plenty of pop-leaning components, arguably more so than the rest of the album – a musical bassline as an intro, a well-balanced and peppy melody, and plenty of intricate (and well-performed) vocal runs to go around. Despite the sonic shift, it blends well with the rest of the work on the album, and Matt executes it with perfection, showing he is comfortable working outside the expected bounds of progressive R&B.

With this album, Matt B is proving that he is more than deserving of the successes coming his way. Eden is a brilliant display of the modern side of R&B, complete with insightful songwriting, compelling arrangements, and seriously high-level production choices that truly tie the album together. If Matt continues to put out music that is of the caliber that he’s displayed here, this will be far from the last time we hear about this incredible rising talent.

BELOW:  Listen to Eden and connect with his website and social media platforms. Please support Matt B by visiting him online, and playing, downloading, and/or purchasing his music, or attending a live show! And, as always, thank you for supporting real music!

Listen to EDEN by MATT B: