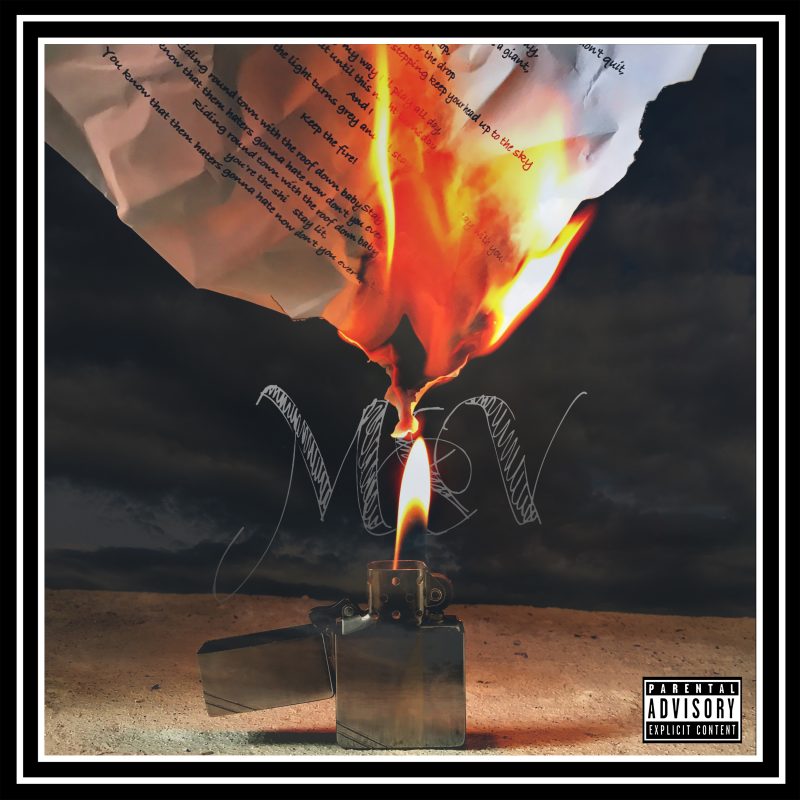 Below, you can read our interview with MOGz & VERSA, and listen to music from their album, STAY LIT. Check out our full music review of STAY LIT, HERE.

Q:  So MOGz is from Sydney, Australia with a UK background; and VERSA is from Switzerland and living in Portugal with Indian and Italian roots. Tell us about the fateful meeting of the two of you in sound-school in Sydney 15 years ago? When did you know there was a musical chemistry, future, and brotherhood there?
A:  In SAE there were lots of different studios you could use. At the time Raphael was with another MC from Sydney and they walked into the studio where Marcus was playing this beat that was banging through the monitors. That’s all it took. We clicked instantly and decided to meet up another day to make a track. Another guy from class, David (a.k.a. RizOne), also rapped and we became friends through a few bottles, freestyles and our love for hip-hop. One day, Raphael was in a studio at school with Riz, and Marcus showed up and played this Wu-Tang style beat. Fifteen minutes later the Element Crew had their first song. From that point on we were all brothers and spent every moment we could making music, whether it be in the studio, on a park bench, or in the alley behind a pub, it was all about the Element Crew.

Q:  Your previous project, Element Crew, broke up in 2016. Was there any doubt that the two of you would continue on? How has the dynamic changed since becoming a duo as apposed to a threesome?
A:  We never really broke up we just evolved. We got Riz on our upcoming album Royalty so there will always be love there. MOGz & VERSA just work on another level together musically. After 3 years of forming the Element Crew, Raphael moved back to Europe, Switzerland. We hadn’t released anything yet as the Element Crew but we did a few shows in Sydney and people started liking what we were doing. We all still stayed in touch and Marcus and Raphael managed to meet up at least once a year, with MOGz either going to England or VERSA going back to Australia. Through this, we started recording a lot of music. Over the years the three of us put together our album, The End Of The Beginning. As time went on, Marcus and Raphael had so many unfinished songs just the two of them and Riz started getting involved less and less, so we decided we were gonna keep doing what we love, and formed MOGz & VERSA. Since we did that we have been a song machine. We made our first EP, Vol 1, in a month from start to finish. We kept each other inspired and alive through some seriously tough times—all from opposite sides of the world. Slowly the idea of an album came into play and that is how Stay Lit came to life.

Q:  Individually, tell us: 1) When did you fall in love with hip-hop; 2) When did you know you wanted to be a hip-hop musician; and 3) Describe your first hip-hop performance experience?
A:  Versa:  I fell in love with hi- hop in the early 90s. I think the first person I heard was 2Pac.
I was a musician first, playing guitar, bass and drums. I started getting into rap around 14 and writing raps around 16. From that point on I started making beats, break-dancing and writing songs.
My first performance was a street battle. Got called out and started with a written and ended with a freestyle.

A:  MOGz:  I started drumming at the age of 6. I remember putting on my Sony discman and jamming for hours to bands like the Roots, Beastie Boys, Tribe Called Quest, and Cyprus Hill. I Guess I’ve just always loved the feel and timing of hip-hop.
My first performance was 16 at the Bondi Pavilion in Sydney, Just me on an MPC2000XL and MC KYE. 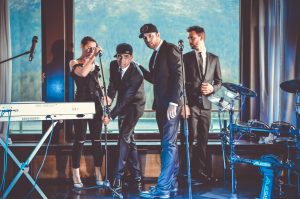 Q:  We really dig the song, Run To. Tell us where the inspiration for that song came from? Which one of you developed it initially?
A:  Like most of our music, MOGz started with a rough beat and the hook. VERSA laid down his verse and the song evolved from there. We got Alli to do the hook, and once Marcus finished the beat, Raphael mixed and arranged the track. The inspiration was our women. We think society has falsified the image of women, therefore we wanted to show what real love is and what it takes to keep it.

Q:  Since you’re both in different countries and are using the DropBox universe to record your music, how long did Stay Lit take to record?
A:  Making Stay Lit has been a journey. From the point we decided we wanted to make this album—to the final mixes was about 12 months. However, some of these tracks were written a few years ago. For example, Message to You, was written over a bottle of rum back in 2015, the year Marcus’s fiancé walked out on him and their 3 children. Now you know who the message is for! The album even took us to NYC for final mix sessions at Premier Studios, and talks with Warner Brothers. So you could say this album has taken several years to complete!

Q:  What is the relevance of the album’s title, Stay Lit?
A:  Stay Lit is a journey through our lives. Love, family, heartbreak and reflection. It’s about staying positive through life’s lessons and obstacles. It’s all about perspective at the end of the day, and seeing the brighter side.

The title itself actually comes from Marcus’s cousin Joe Manley. Over a few beers Joe told the story of a homeless man in Romford, England who would often tell Joe about the human spirit. As this homeless man would spark his lighter and gaze into its flame he would tell Joe, “You know, this flame is just like a man’s spirit, if you let it go out it is all over, always keep it lit, never let it go out!”. After hearing this story, MOGz knew the title of the next album.

Q:  Describe the creative process for the two of you? Who writes? Who produces? Etc…
A:  Marcus composes the music. We both write, and I polish everything off at the end with mixing and arrangements. We both talk a lot and both have creative inputs during the processes. We live in Dropbox and FaceTime, passing mp3’s to aiff’s, and eventually to Logic sessions, back and forth until complete.

Q:  Perhaps in some unspecified amount of time, your musical career explodes in the best of ways…what does that look like for you?
A:  100,000 people singing our songs at a show! Just knowing that our music is reaching enough people to make a positive impact would be dope!

Q:  You get to collaborate with anyone of your choosing. Who is it?
A:  Damian Marley

Q:  Your favorite album of all time?
A:  Voodoo – D’Angelo

Q:  Your favorite song of all time?
A:  So Fresh and So Clean – Outkast

Q:  What would you like fans to know about you that they’re most likely unaware of?
A:  We are pretty open and leave a lot on a track. We both have full time jobs, five kids between us, and still manage to make music. Raph is a Hotelier and Marcus plays golf on a professional level.

Q:  Any shout-outs you wanna make?
A:  To both of our families for all their love, support, and inspiration. All the people who have supported us as friends and fans:  Kaspar, Raj, Mariam, Frank, Christian, Eddie, Karolina, Nige, Dane, SamG & Wil, KYE, Riz, Uncle Joe and sooo many more; and to the universe for letting us do what we do!

Q:  Anything else you’d like to add?
A:  Stay tuned for our album Royalty coming at the beginning of next year; a raw lyrical hip-hop album with lots of features. For spring next year we have an uptempo album with a bit of house, dancehall vibe, while staying true to our hip-hop style. Peace, love & music

<< Go to our full music review of:  STAY LIT by MOGz & VERSA

Watch & listen to music from STAY LIT by MOGz & VERSA: