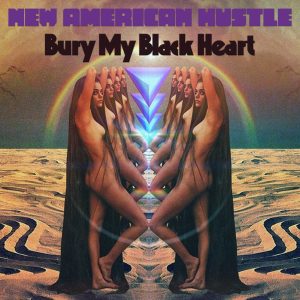 Q:  New American Hustle is pretty unique in that the members of the group have never been in the same room together. How did you decide to form a virtual band?

A:  (Ian Smith) – I generally write songs very quickly. They usually come in batches. So in my previous bands, I always wanted to record new material all the time, which of course 25 years ago was not as easy to do as it is now with just Garaband and a laptop. I started up music again in 2018 as a way to channel my stress while finishing my master’s degree. Over the past year, I’ve really gotten into Apple Logic Pro X. Using primarily loops and other pre-recorded material, I’ve managed to put together songs very quickly, without needing to rely on other musicians as much. I can work in isolation at a faster pace. When I need vocals or other specific instruments, I use Airgigs.com and places like Instagram and Facebook to contact other musicians willing to help. They send their parts via WAV files and I edit them to fit the songs. That’s how I met Alessandro Salza. He was one of the only people who challenged me – he said I needed to make things sound more natural and cohesive. He began mixing and mastering the batches of songs I already had and later offered to record new parts for new songs. Over the last 18 months, we have built a true collaborative partnership. He is so talented on so many instruments – he can keep pace with my output and we work very well together. He is successful with his own band Malbianco and several other past projects. So when the pandemic forced everyone to lockdown, we were already prepared, because we had already been recording in a lockdown-type of mode anyway.

Q:  On that note, how does virtual collaboration affect your writing and recording processes?

A:  (Ian Smith) I generally record a demo or fully formed track in Logic Pro and send the audio stems to Alessandro. He works his magic in his studio and puts all the finishing touches on, then sends it back. We may go back and forth a bit on mixing or other details, but I trust him so much that 99% of the time he makes the song better with his own ideas.

(Alessandro Salza) Even if I work with a multitude of genres, I’m always inspired by the musical mastermind of Arjen Anthony Lucassen and his projects. In a way, his line of work is similar to Ian’s. Arjen writes the music and lets the musicians, which are often the best in the scene, just freely do their jobs and contribute to the projects. It’s a partnership, and everyone gets to profit from that. The same happens with Ian, that’s how beauty is born, even if we’re in a virtual band.

Q:  When music venues recover from the pandemic, do you have plans to perform any of this music live?

A: (Ian Smith) Sure, if it’s feasible, I don’t see why not. Perhaps we could play “virtual” concerts for our fans like we’ve been seeing by many artists during lockdown. There is so much uncertainty right now for live music. Even major artists are questioning what concert tours may look like in the future. Perhaps the “drive-thru” concert will become a thing, or doing residencies at venues where you can control the health and safety of the environment better. But without a relief package for music venues here in the U.S., I’m afraid we’ll lose a lot of capacity to play if something isn’t done soon.

Q:  You’ve told us that Bury My Black Heart is your 7th album of 2020! That’s a TON of recording. Is there a reason you’ve been so prolific or is it just for the love of the music?

A:   (Ian Smith) I simply can’t stop writing and recording music. Once I’m finished with one project, I start right to the next. I usually jump from genre to genre to challenge myself. I love so many different types of music, so I have no lack of inspiration. Alessandro and I share a love for heavy metal, so when I found out he was willing to participate on Bury My Black Heart, things moved quickly from there. I had an acoustic song called Crows Sleep almost finished and thought it might be fun to do something a bit different with it. It quickly turned into a heavy metal song thanks to Alessandro! That inspired me to go full-blown into the heavier side of music which became the Bury My Black Heart album. I think this album is by far our crowning achievement. Alessandro plays 99% of all the instruments and he just shreds it up. I’m so proud of him – he has great musicianship and is a very talented audio engineer. We have recorded close to 100 songs over the past 18 months, so the 50 or so released on the various albums in 2020 is just the tip of the iceberg. The year is only halfway over, so we might just keep going! 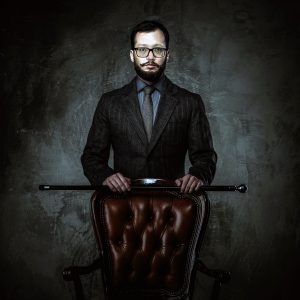 Q:  Who are your inspirations? How much do they influence your sound?

A:  (Ian Smith) If we are talking about the metal and hard rock bands that inspired me for this album, I’d have to say: Pantera, Metallica, Alice In Chains, Soundgarden, King’s X, Deep Purple and a bit of Nine Inch Nails.

(Alessandro Salza) J-Rock, since I’m a huge videogame nerd and anime fan. Japanese creations are marvelous, they put so much effort in everything they do, and the imagination they have is overwhelming to say the least. Two anime recommendations are Grimgar of Fantasy and Ash, and Nier: Automata. Those are both very good places to start.

Q:  What was your first instrument? Do you still have/play it?

A:  (Alessandro Salza) It’s a crazy world of music and I got involved in a quite crazy way. It all started when I was a kid, a relative of mine gave me a CD player, but I had no CDs and almost no music knowledge or preferences! So my older brother gave me the first thing that came to his mind; a rather peculiar Naruto Openings Original Soundtrack CD. It’s strange for an Italian kid to be listening to J-Rock, but it opened my mind and helped me focus on the music itself rather than the lyrics. After that day, music and sound became my life’s first priority.

(Ian Smith) – My first real guitar was a sunburst Fender Stratocaster. I have an old dobro that I sometimes take off the wall and tune-up. My current ax is a custom strat-like guitar made by high school students in their woodshop class. It’s killer, I love it! I used to play a lot of telecasters before that.

Q:  Perhaps in some unspecified amount of time, your musical career explodes in the best of ways. What does that look like for you?

A:  (Ian Smith) I would like to build a larger fanbase, and get people turned onto our social media. I also produce a lot of video content for the band that might interest people. I’m easy to approach and love interacting with fans. I’d love to start a GoFundMe or Patreon to film a live concert and cabaret show with a revue-style setlist. Kind of like The Last Waltz or Stop Making Sense. If things just blew up for us, then I could see flying Alessandro to the States, and putting together a touring outfit in the future after the pandemic is over. We’d need many musicians and multiple lead singers to faithfully reproduce the material live.

Q:  You get to collaborate with anyone of your choosing. Who is it?

A:  (Alessandro Salza) Devin Townsend. He’s another one of the musical masterminds of our age. His writing approach is fresh, epic, aggressive, sometimes hilarious. There’s freedom in everything he does. We also kinda look alike which is a happy coincidence!

Q:  Your favorite album of all time? (Yup, you gotta choose one.)

(Ian Smith) It changes a lot, but since it directly influenced our new album: King’s X – Gretchen Goes to Nebraska.

Q:  Your favorite song of all time? (Again, only one!)

A:  (Alessandro Salza) That’s definitely harder to choose. It depends on my state of mind so it’ll change in about 10 seconds, but I’ll go with an unexpected soundtrack. “The Merry-Go-Round” by Joe Hisaishi, from Howl’s Moving Castle. It never fails to give me goosebumps, it’s perfect.

(Ian Smith) “Tears Of A Clown” by Smokey Robinson & The Miracles. That’s the song I want played at my funeral.

Q:  What would you like fans to know about you that they’re most likely unaware of?

A: (Ian Smith) In my day job I’m a professional graphic designer and arts educator. I also coach tennis.

Q:  Any shout-outs you wanna make?

A:  (Ian Smith) Obviously I need to give props to Alessandro for his groundbreaking work on this album. Also, to my old creative partner Kevin Patrick Randall Downey for over 30 years of friendship and laughs. And thanks to the growing fanbase – these are the people who make it all worth it.

(Alessandro Salza) I can’t quit this interview without giving a shout-out to Ian and his wonderful New American Hustle project. It’s not about what genre we produce or who exactly does what; it’s about connecting minds from all over the world. His project gives me hope for a brighter future, where normal humans like us can achieve great things together, without distance barriers.

A:  (Ian Smith) “Keep away from people who try to belittle your ambitions. Small people always do that, but the really great make you feel that you, too, can become great.” – Mark Twain

<< Go to our full music review of:  Bury My Black Heart by New American Hustle

Listen to BURY MY BLACK HEART by NEW AMERICAN HUSTLE: