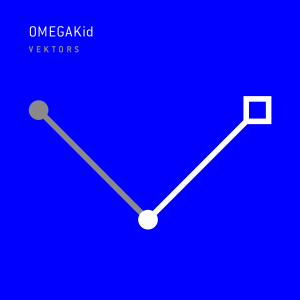 Italy’s electronic music producer, Omega Kid (aka, Dario “Darish” Rossi), has been busy making lots of music…albums upon albums to be more specific. Describing his own style as, “nostalgic acid minimal techno inspired by Detroit classic flow”, and a love for the 90’s, if you explore his previous work, you’ll encounter great variance. Everything from hip-hop influenced house rhythms, to all out formless, ambient free-for-alls.

His latest album, Vektors—a dynamic ride through the contrasts of shapelessness and structure—represents the artist’s first release into the retail market. Here’s what we dug most…

The 14-track monster album opens with Vektor (Free), a just shy of 2 minutes of trippy synth-drenched, percussionless piece that feels like something off of the Blade Runner soundtrack.

Our Favorite Track:
Magnetik opens ominously with deep synth chords that could just as easily be the distorted recordings from the engine of an 18-wheeler. At about the 1:15 mark, a subtle bass kick adds appealing structure as layer upon layer of buzz-saw synth climbs and falls, again and again.

Kid’s love and respect for the 90’s house music scene is alive and well in XYZ. The beat and bass-line are phat, and the loops are juicy. 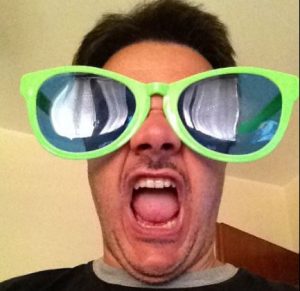 Tracks like Segment, Module and Field throw down a ruckus that could be spun at the local rave club, or, just as easily rhymed over by the likes of Black Eyed Peas. Module’s smooth groove in particular has a viral quality to it. (Really good stuff.)

Neutral (free) is another shapeless, drifting sea of sound, the tones of which stimulate the imagination.

Model’s simple and smooth flow make it my close 2nd favorite. Right around the 1:40 mark, the track’s identifying synth loop rolls in subtly, tying the track together, making it something special.

Displacement resolves the Vektors experience in similar fashion to how it began 13 tracks earlier. Rich and heavy, ambient synth layers build and fall away, gracefully. Once again, I love the 90’s influence here, as the track feels like something out of the score from Terminator 2—Judgement Day.

As a whole, Vektors is a whirling dervish of sound and influence. From Euro-style techno riffs, to downright raunchy American-house/hip-hop rhythms. We applaud Omega Kid’s effort, as he took his time developing each track, letting them mature organically:  smooth in—smooth out.

Whose lovechild…?
Two composers get together to make an electronic/rave-club album:  Vangelis (Blade Runner film score), and Clint Mansell (Smokin’ Aces film score). The result just might be Vektors-esque.

(Vektors will be officially release on Big Mamas Records label in April of this year.)

BELOW, you can listen to Omega Kid’s music and connect with his social media platforms. Please support Omega Kid by visiting him online, and playing, downloading, and/or purchasing his music. And, as always, thank you for supporting real music!