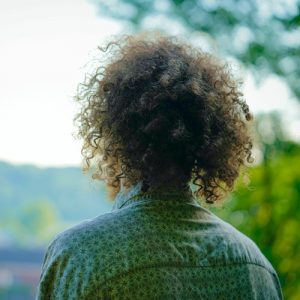 Columbus, OH based artist Peat Lynch has been rapping since the age of just 15. The hip-hop artist has spent years refining his sound, inspired by the genre’s biggest names and most progressive musical agendas. Lynch released his first mixtape at the age of 20, to a great degree of acclaim. Now, he’s onto his sophomore project, an album titled Floodwall, with hopes that his unique style and take on the genre will help put both himself and his hometown on the hip hop radar.

True to his word, Floodwall does have a unique style and a refreshingly new sound in the hip hop space. Lynch’s voice has an intoxicating, gravelly quality that isn’t usually seen in his genre typically. But instead of feeling out of place, his ragged tone adds a layer of authenticity to his music that is one of the highlights of the album. It’s on display immediately in the bars of No Fear, a cutting track about Lynch’s rise to success.

Down Tha Road has great melodic instrumentation under the rap, the smoothness in great contrast to the sharp lyrics. Disguise has a similar feel, featuring a catchy refrain from BenjaminBlue, the heavy use of autotune feeling very intentional as a great, modern production choice. Voices takes us in a heavier direction, with the distorted vocals serving as a great complement to the equally heavy lyrics.

Right Here With Me is our favorite track, combining a considerable amount of melodic writing with what has begun to feel like Lynch’s signature gritty style by this point in the record. The addition of the harmonies in the more melodic section over the laid-back instrumentation make this track the whole package.

You’re The Only One also incorporates some great melodies, alongside a powerful refrain that complements the more vulnerable side of Lynch that we get a glimpse of here. The album closes with its namesake track Floodwall, and it’s a great summation of the project, going back to detail many of Lynch’s success and looking towards the future. The spacey, delicate instrumental outro acts almost like a cliff hanger, feeling like we’re not quite finished yet and leaving us looking forward to more.

Overall, Peat Lynch writes hard-hitting, evocative rap and delivers it with a signature vocal tone that is wholly distinct – when you hear him on the radio in the future, you’ll know exactly whose music is playing right away. The smooth and high-level production beneath the expertly written rap makes us think that Floodwall is only the beginning for Lynch, and that we’ll be hearing plenty more great music from this young artist.

BELOW:  Listen to Floodwall and connect with his social media platforms. Please support Peat Lynch by visiting him online, and playing, downloading, and/or purchasing his music, or attending a live show! And, as always, thank you for supporting real music!

Listen to FLOODWALL by PEAT LYNCH: