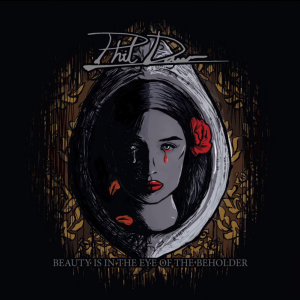 As the drummer for Liverpool, England’s metal group, Renegade State, you might think the talents of one Phil Daw were relegated to the kegs. Not so fast. Daw has a budding solo career. And, with exception to any programmed sounds, every instrument on Daw’s music is written and played by him.

Naming the influences of bands such as Parkway Drive and Northlane, Phil is currently neck-deep into the production of his second solo album, Beauty Is In The Eye Of The Beholder, which itself is the follow-up to his first album, Too Late For Roses.

Recently, he released the first single for Beauty…, the mostly ripping—sometimes soothing—Digging Up The Past. This instrumental-based track is a crisp, slicing, metallic joint; tangled and twisted-up with intermittent injections of a soft, ambient underbelly. It is a perfect example of the new generation’s absolute refusal to be labeled or boxed. The guitars are wickedly distorted and contrast perfectly with the smooth, melodic vocals which frame the entire composition. 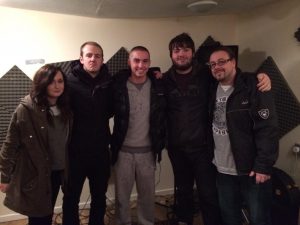 BELOW:  Listen to Phil Daw’s single, Digging Up The Past, and connect with his social media platforms. Please support Phil Daw by visiting him online, and playing, downloading, and/or purchasing his music. And, as always, thank you for supporting real music!

Listen to Phil Daw’s single, Digging Up The Past: