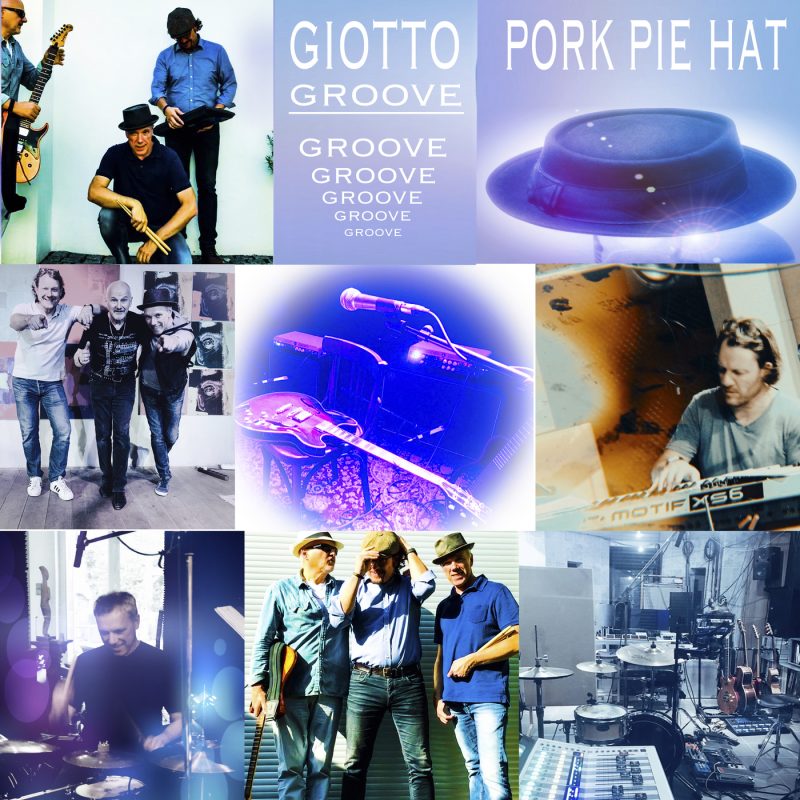 Downsizing from quartet to trio in 2017, that new minimalist environment seemed to coax-out and foster a sound unique to the three gentlemen which make up the NRW (North Rhine Westfalia), Germany-based Jazz-Funk-Soul-Blues band known as, Pork Pie Hat.

With improvisational intention, Thomas Wolff (guitars), Markus Hawig (keys), and Dieter Kowalczik (drums), have previously recorded works such as Unfiltered Sessions 2018 #1 and #2. Their latest release, Giotto Groove, is precisely as the name seems to imply—a spicy mix of jazzy world sounds for the instrumental enthusiast.

Opening the project is one of three variations of the album title track, Giotto Groove–Adagio Version (slow tempo). Wolff’s guitar tone immediately jumps out and feels a bit like blues master Freddie King. After nearly 4 minutes of bluesy jazz, the track culminates into an ambient, synth-infused piece of chill-rock.

The flute leads in, Clueless Yet Confident, and, Riffin For Griffin, feel entirely nostalgic; like the theme song from some iconic 80’s TV show.

Giotto Groove–Allegro Version (brisk tempo), picks things up a bit. Take note of the studio chair squeak in the intro. (We love that stuff.) It’s a well mixed and exquisitely performed piece of jazz fusion, and it’s our second favorite track on the album. 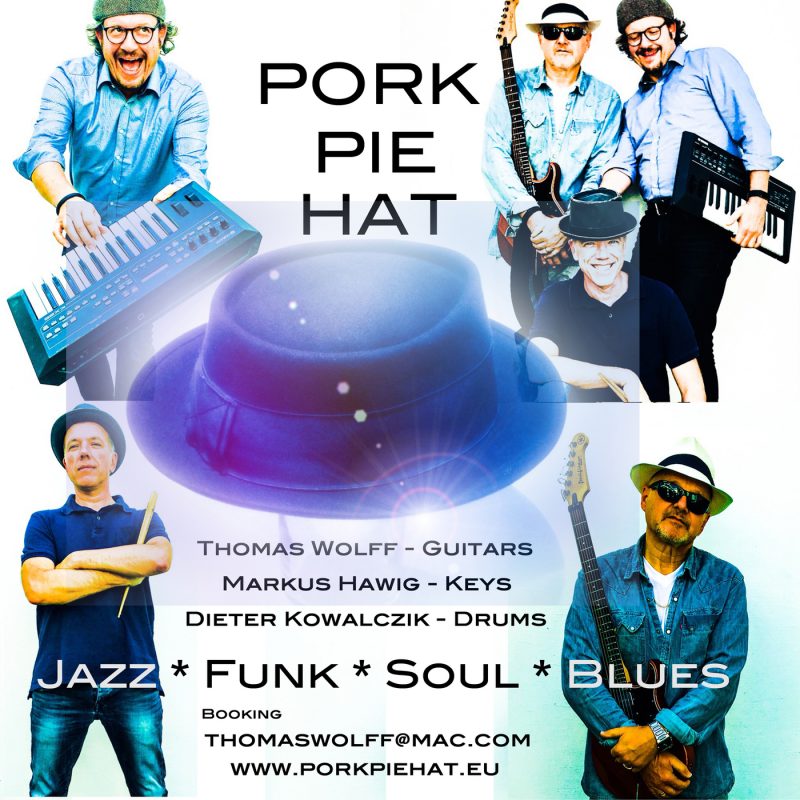 Footprints (a Wayne Shorter cover), and its follow-up, Footprints–Un Poco Version, are the album’s best example of real-time group symbiosis from the boys. Here, the connection between these three masters is palpable.

The aptly titled, The Unexpected One, is a wild and radical free-for-all contained only slightly by a few vague jazzy parameters. (Think:  a touch of Primus.)

OUR FAVORITE TRACK… Bluesy transitions and spacey reverb’d licks make PPH’s interpretation of Herbie Hancock’s Cantaloupe Island our favorite track. It’s subtle and poignant, all at once… the blues way.

With waves of synth slamming into volume-swelled electric licks, the final track (and the final title track variation),Giotto Groove–Larghissimo Version (as slow a manner as possible), is a 2:38 improvisational nightcap, and a treat. Take it all in.

IN CONCLUSION…
A salute to improv. Sheet music be damned. Simultaneously a blueprint-nightmare for the non-spontaneous, and, a how-to manual for those who wish to learn how to be musically in the moment at all times. Pork Pie Hat’s latest album, Giotto Groove, is an improvisational work of art; filled with color, contrast, and personality.

Hawig’s keys are ambient and always taking up the right space in the right way. Kowalczik’s percussion is imaginative, tasteful and always on time. Wolff’s guitars are of a veteran caliber, and dance in and out of effects without ever losing his own unique tone and personality. Combine these truths with the album’s authentic-sounding lo-fi attitude, and the end-result is a collection of songs which is minimalist in its players, and supreme in its sound.

WHOSE LOVECHILD…?
Arjun meets Freddie King’s tone with a dash of Primus…

BELOW:  Listen to Pork Pie Hat’s album, Giotto Groove, and connect with their website and social media platforms. Please support Pork Pie Hat by visiting them online, and playing, downloading, and/or purchasing their music, or attending a live show! And, as always, thank you for supporting real music!