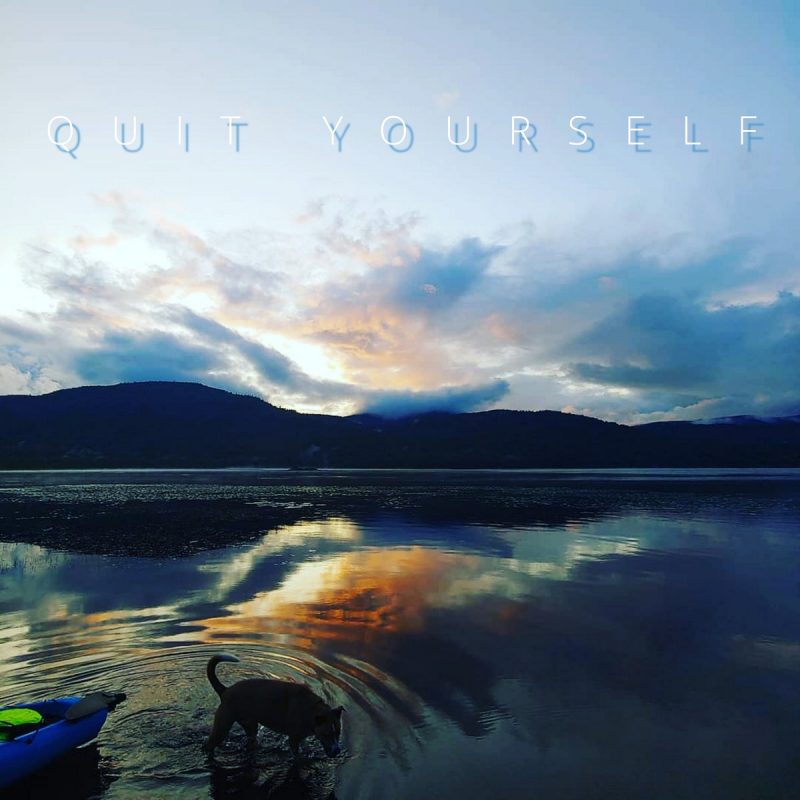 Dundee Michigan-native singer-songwriter, guitarist, and solo musician, Travis Matheny, received that serendipitous guitar as a Christmas gift from his mother long ago, and it was music from then on.

Influenced by punk and emo acts such as Blink 182, Park, Cassino, Days Away, and Taking Back Sunday, Matheny went on to play with several indie bands including Fairway , Words After, and, I’m Happiest When.

Now based out of Buffalo, New York as a solo act under the moniker, Quit Yourself, Matheny has released his debut, solo album, For Those Who Cared, a substantive collection of songs written and recorded with a focused heart… in his attic.

Opening with, You, Matheny’s emo-rock influence is immediately present in this ultra-mellow, and soothingly melancholy tribute to love. (Think:  Dashboard Confessionals)

“I can’t deny it, so I’d rather agree
I feel the best when you are next to me
It’s you…” 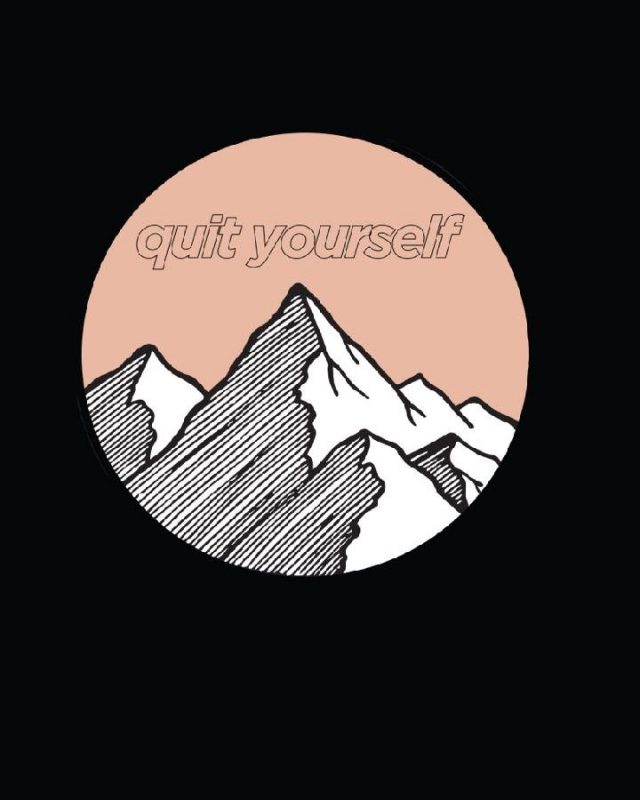 The hauntingly ambient Empty Cup takes a minimalist approach with little more than a guitar, synth and vocals. It’s a sad goodbye and lovely song.

“I never said that you should give up…”

The album’s most relatable and articulate writing comes from, End The War…

“You’ve got this terrible way
Of knowing all the best times
For awful things to say
And I know just what to do
To kill your ambitions,
And take’em away from you…

The subtle dynamics and rolling guitar melody in, Words You Don’t Feel, has a Morning Parade-esque feel to it.

OUR FAVORITE TRACK… For all of Matheny’s considerable vocal prowess, ironically, our favorite track on the album is the delicate—and nearly an instrumental—No Vacancies. It’s admirable when an artist allows the story to be brief because nothing more need be said. Bright and wonderful finger-style licks and melodies abound in this two-part charmer.

Ending with regret, The Machine mourns over harsh words and actions that can’t be unsaid nor undone. It’s a song about that “fresh-wound” period of a split, when every moment is a reminder of what happened, what could’ve been, and what will now never be.

IN CONCLUSION…
True. Heartwarming. Honest though gentle. Melancholy though hopeful. A soft and sincere collection of songs which seek to validate difficult moments without becoming entrenched by them. Quit Yourself (a.k.a., Travis Matheny), has officially found his vocational wheelhouse in this attic-produced debut solo album, For Those Who Cared, a subtly stirring, entirely approachable collection of songs which honor the pain of life’s transitions in a remarkably calm and wholesome manner. All in all, it’s a substantial contribution to the genre. Listen to For Those Who Cared below.

WHOSE LOVECHILD…?
A minimalist’s iteration of Dashboard Confessionals meets Something Corporate…

BELOW:  Listen to Quit Yourself’s album, For Those Who Cared, and connect with him online. Please support Quit Yourself by visiting him online, and playing, downloading, and/or purchasing his music. And, as always, thank you for supporting real music!

Listen to FOR THOSE WHO CARED by QUIT YOURSELF: