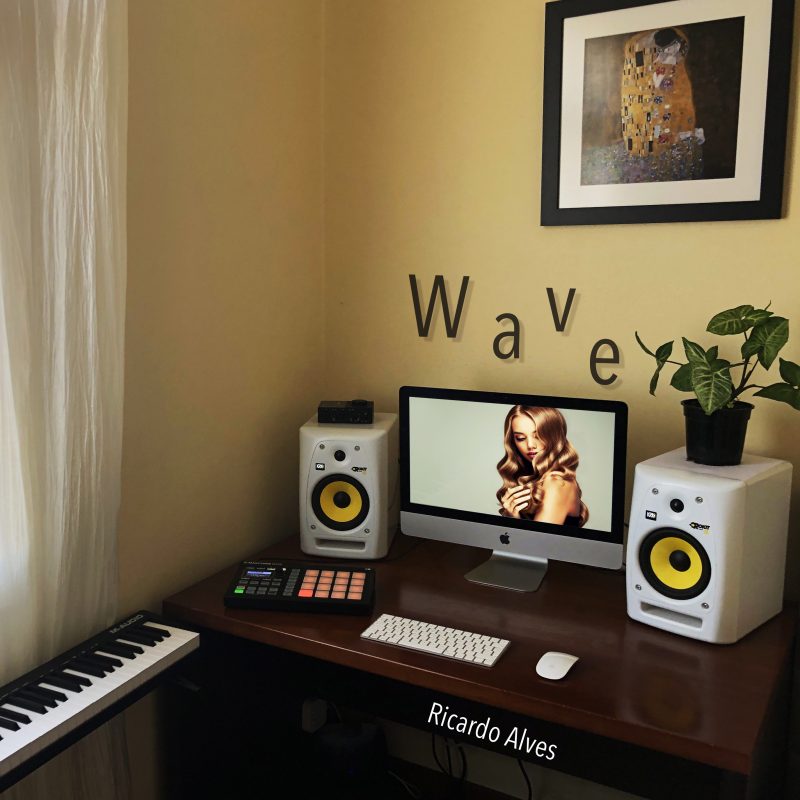 “Making music is how I deal with life, so the album is very personal.”

Creating music on his computer from the comfort of his own home studio in Portugal; composer-producer, Ricardo Alves, prefers to let his music do the talking. Specifically, his debut ambient-chill collection, Waves.

Opening with the aptly titled, Aware, we get three separate acts, whereby, delicately rolling piano chords are traced with soft synth and a gently tricked-out beat. It’s ultra-chill, and a fitting way to open an album of this genre.

Like something off of a video game score, Entre O Preto E O Branco (Between Black And White), juxtaposes organ tones with some heavily distorted electric guitar chords, and an ever-so-slightly jazzy style of percussion.

An interesting experimental piece, Por Entre Os Dedos (Between The Fingers), places reversed synth melodies over a somewhat abstract and basic electro beat; feeling like something off of a Tim Burton film.

Following theme with its predecessors, the album’s title track, Wave, gives us those gently rolling piano chords once more. The percussion is just a bit more distant and scattered, creating an etheric quality. It’s our second favorite track.

Named simply for its numeric location on the album, Eleven, is an absolutely beautiful free-for-all of abstract tones and sounds, underpinned by what we can now safely dub an Alves-esque rhythm and melody. It’s a creativity stimulator.

Closing the album is the super-surreal, Don’t Look So Sad. Subtle, off-tempo tones in the background seem to runabout oblivious to the delicate melody at hand. It’s all so soft, and wonderfully unique.

Rarely breaking from its obvious central theme of “gentle sound”—whether it be synth or rhythm—the album has a profoundly cinematic appeal, and a way of making the air in the room seem a bit lighter. The project as a whole is a deeply relaxing piece of anti-stress, and a testament to the creativity of the human spirit. Please give it a listen below.

WHOSE LOVECHILD…?
What Dreams May Come meets Tron…

BELOW:  Listen to Ricardo Alves’ new album, Wave, and connect with him online. Please support Ricardo Alves by visiting him online, and playing, downloading, and/or purchasing his music. As always, thank you for supporting real music!

Listen to WAVE by RICARDO ALVES: