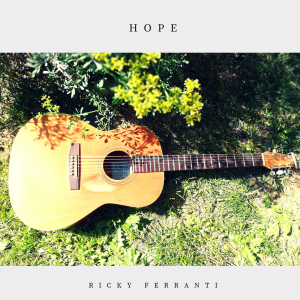 The recent pandemic has left many musicians around the world with an unprecedented amount of time on their hands. One such artist is Ricky Ferranti of Somaglia, Italy. Making the most of the time he spent in lockdown, Ferranti has given us the instrumental, acoustic guitar-based EP Hope.

A musician since his teenage years, Ferranti has been nothing short of prolific in his career. Prior to this EP, Ferranti has worked on no less than fifteen other albums and projects in the last two decades (you can stream much of his anthology here on Spotify). The styles in his collection vary wildly – from heavy rock numbers to Americana-esque songs and many things in between.

But on Hope, we go back to what we might guess are Ferranti’s roots. The EP prominently and almost exclusively features acoustic guitar. Where some artists might struggle with the simplicity and lack of instrumentation to hide behind, here Ferranti shines. Hope is a truly gorgeous composition combined with definite technical skill. 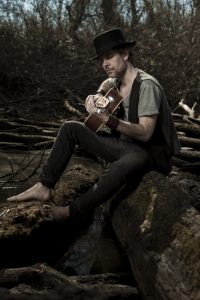 From the very first note, it’s clear that Ferranti is not phoning it in where his guitar playing is concerned. The fingerpicking style he plays in is complex, intricate, and irrefutably precise. Hope was the first song to be written for the EP, and it indeed sets the tone for the remaining tracks. The song is not without more melancholy sections, but the positive – the hope, one could guess – prevails.

Attimo has an intro that is just slightly reminiscent of Blackbird by The Beatles. The song continues in kind, in the fingerpicking style that we begin to see is Ferranti’s signature on this album. Complex and intricate without being too busy.

The outro in Fly is especially fun to listen to as Ferranti really shows off his chops. The speed of his playing contrasts nicely with the smooth synth sounds that build towards the end.

Arise has two distinct sections. The first has a bit more of a melancholy feel than the rest of the tracks, but it isn’t overwhelming. At 1:17, the second section arrives with two guitars doing two distinctly different things – one playing short staccato notes while another flits around the melody like a bird, which keeps the listener guessing as to where we might end up.

Empty Streets is the closest any track on this EP gets to full production. While we love the beautiful simplicity of the other four songs, the addition of the dynamic background synths and some swampy bass notes from the guitar give this one a different feel than the rest. And the appearance of some strummed sections really increases this track’s overall intensity.

A master of his craft. Soaring acoustic guitar melodies and fingerpicking skills that need no embellishments. Music like this is truly better listened to than written about. If you appreciate the beauty of the instruments that are the acoustic and classical guitars, don’t sleep on this EP. Hope is expressive, moving, and vibrant, and Ricky Ferranti is the kind of player that does his instrument justice note after note. Check out Hope below:

BELOW:  Listen to his EP Hope, and connect with his website and social media platforms. Please support Ricky Ferranti by visiting him online, and playing, downloading, and/or purchasing his music, or attending a live show! And, as always, thank you for supporting real music!

Listen to HOPE by RICKY FERRANTI: