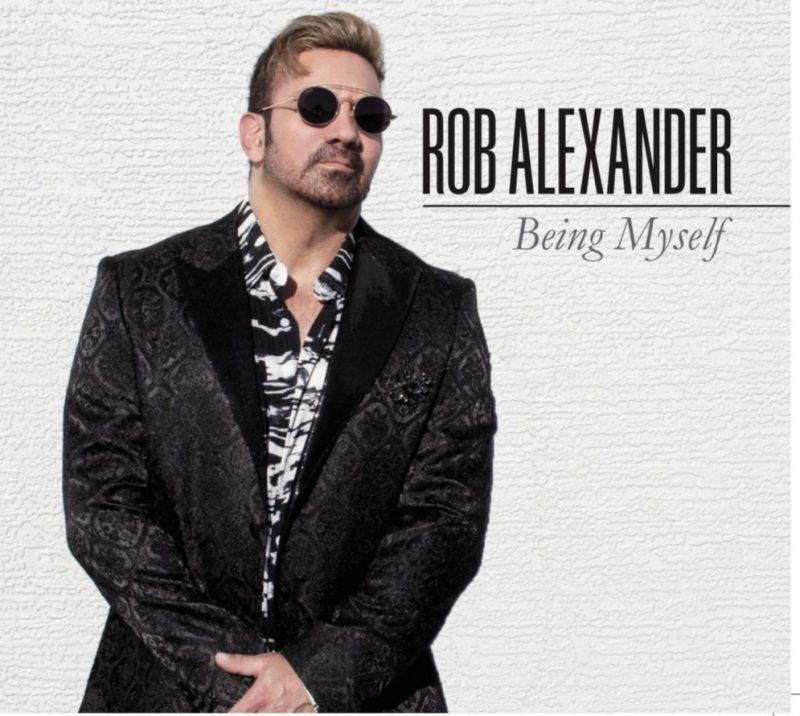 Now, just a year later, armed with three of Elton John’s current band members (Matt Bissonette on bass, Kim Bullard on keyboards, and John Mahon on drums), he has released his sophomore effort, Being Myself, much of which was recorded during breaks from Elton John’s current Farewell Yellow Brick Road Tour.

Elton John’s influence is all over the album’s title track, Being Myself, a quintessential contemporary singer-songwriter pop song with cathartic appeal…

Life As We Know It has an 80’s Billy Joel appeal. Keys, brass and Alexander’s made-for-the-genre vocals re-create the joy of music, and life.

Written as a dedication to Elton John’s first performance trip to America in 1970 (which resulted in launching his incredible career), Friend Of Mine (Elton’s Epic), feels like a trip back in time to the 70’s. With its easy and unassuming melody and Rob’s undeniably Elton-esque vocal timbre, there’s little else to do but enjoy.

“…nobody gets through a life full of heartache without taking names.” 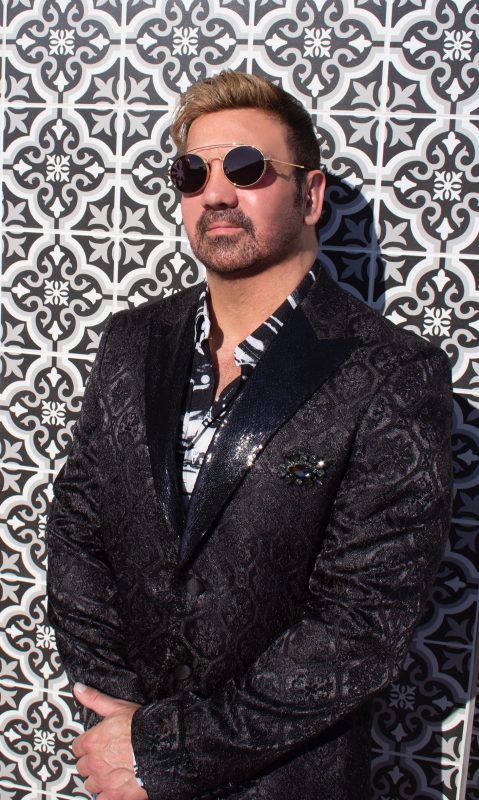 A beautiful ode to anyone who’s been broken-hearted (which is to say, everyone), American Love Song gently offers nothing but the truth, as well as the album’s best writing…

“And what comes of this my friend? I can’t let you go
Cuz all that is learned and all that’s remembered, we’ve heard it before
Well somebody sing this American Love Song once more…”

OUR FAVORITE TRACK… A subtle and melancholy intro expands gently into something special in, Another Love Affair. Haunting slide guitar at 1:14 introduces an unexpected and very welcome change of mood and genre in this alt/indie rock piece which wraps itself in the hope generated at love’s possibility. It’s our favorite track, and it just made our new Spotify Playlist.

Concluding the project is, Loved By You, a symbolic ending to an album which is undeniably dedicated to love in all its forms: realized, yearned, and broken.

IN CONCLUSION…
A soothing collection of songs made for the sake of the art itself. Respectful. Unpretentious. Harmless. A blueprint for indie artists in the contemporary, pop, singer-songwriter tradition, and a heartfelt nod of respect to Elton John, George Michael and those artists who have forged the path for this brand of music. In a digital age of the disposable singles, Rob Alexander’s second studio album, Being Myself, offers an astounding fifteen exquisitely engineered tracks which were composed and recorded by hand. An anthology of one man’s journey into life, community, love and the mysteries that abound in them all, these fifteen songs serve as a refreshing reminder that not all words, not all art, not all communication must be laced with a righteous agenda. For, there is a power in gentility. Fans of the 70’s & 80’s style songwriters will enjoy this album.

BELOW:  Listen to Rob Alexander’s album, Being Myself, and connect with his website and social media platforms. Please support Rob Alexander by visiting him online, and playing, downloading, and/or purchasing his music, or attending a live show! And, as always, thank you for supporting real music!

Listen to BEING MYSELF by ROB ALEXANDER: