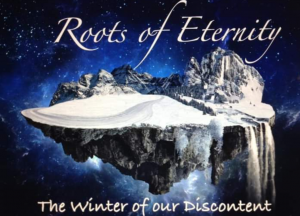 After working as a hired gun for several other projects, artist Jeff Stork began forging his own musical path under the name Roots of Eternity in 2015. Jeff is a true jack-of-all-trades, playing every instrument he includes on his projects while working out of his own studio in southwest Pennsylvania.

Stork collaborates with a number of session singers to add vocals to his work. On his recent album The Winter of Our Discontent, Stork’s compositions are joined by vocalist Catie Brandt. Today we’re looking at a single off of that album titled Emergence, a firey song that serves as a compelling introduction to the Roots of Eternity sound.

Emergence begins with intensity, a chorus of heavily distorted guitars and uncomplicated but effective percussion at the track’s foundation. The energy level is high from beginning to end, the song moving along with electricity and intention. The bridge offers a creative take on this track’s full instrumentation, letting the percussion and spoken word take the front seat while the more musical vocals provide ethereal accompaniment reminiscent of Evanescence. And don’t miss the guitar solo immediately following at 3:35 – Stork has some seriously impressive, well-rounded chops, giving the listener flashes of wildly complex riffs alongside moments of well-placed restraint and simplicity.

Brandt’s vocals are a brilliant inclusion in this piece. Her voice has a warm, smoky quality to it that brings texture and depth to the driving arrangement. The vocal harmonies she also provides are absolutely intriguing and show off Stork’s prog-rock influences – a captivating combination of tension-building dissonance and rich resolution.

Not all hard rock artists pay close attention to their lyrics – but it’s clear that Stork does. The word choice is poetic and descriptive without being contrived, creating an immersive and easily accessible message of strength and raw perseverance:

“You pushed me down
Got ashes in my eyes
Lying on the ground,
you may have beat me this time
But I am a fighter
I know what I’m here for
You won the battle
But I’m going to win this war tonight” 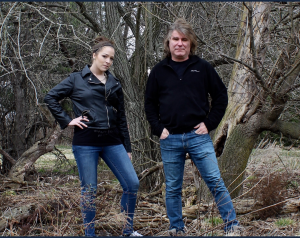 Roots of Eternity does a brilliant job of showcasing Stork’s ability to conceptualize, perform, and produce dynamic, enthralling music entirely on his own – a rare feat. With its incorporation of metal, progressive rock, and modern hard rock elements, Emergence will no doubt resonate with listeners who appreciate genre-blending, well-written, powerful music. Stream Emergence for yourself below.

BELOW:  Listen to Emergence and connect with their website and social media platforms. Please support Roots of Eternity by visiting them online, and playing, downloading, and/or purchasing their music, or attending a live show! And, as always, thank you for supporting real music!

Listen to EMERGENCE by ROOTS OF ETERNITY: