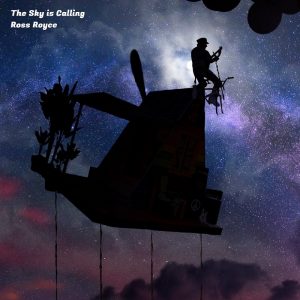 Wellington, New Zealand based singer-songwriter Ross Royce is no stranger to musical success. His music has been featured in notable movies (to name one, “Amateur Night” with Jason Biggs and Ashley Tisdale), he’s performed at notable music festival South by Southwest, and he’s even graced the Whiskey a Go Go stage in Los Angeles.

Previously a drummer for other bands in Australia & New Zealand, on his current recordings Royce plays most of the instruments himself, including vocals, rhythm guitar, drums, as well as keys. Royce’s producer Trevor Reading plays bass and lead guitar.

Expectations are understandably high for what is his most recent release as well as his second full-length album, The Sky is Calling. But as one might guess based on his track record, Royce doesn’t disappoint – this album is a solid showing of rock music that feels genuinely classic and lacks any traces of the forced feeling that many others in this genre seem to fall into. 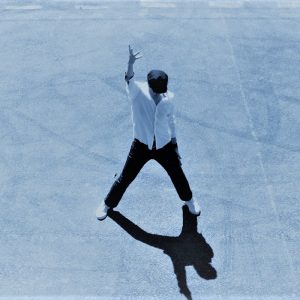 The record starts with a track that would make a great addition to any summer playlist. Higher Than Ever Before is a fun, uptempo number with a great break in the instrumentation in the chorus to let the hook shine.

The New Global Cool takes us in a prog-rock direction from the first measures of the track, but this departure is far from unwelcome. Gritty guitars under doubled vocals define the track, and the guitar harmony at 2:53 is an especially cool addition.

The acoustic-centric track Waiting For You is another stand out on the album. Here, Royce really shows that he can emulate the greats without forcing a direct comparison. The track feels like it walked right out of the ’70s, but it doesn’t feel like an imitation of any artist from that era, giving Royce something impressively modern in execution yet retro in feel.

We also love the inclusion of a cover of 2000 Light Years from Home, a Rolling Stones song. Even when he’s actually playing a song written in the era his music so regularly emulates, Royce creates a sound and style that is undoubtedly his own. While the original track is about as psychedelic as they come for a Stones tune, Royce’s recreation takes on a harder edge, forgoing the organ for delayed and distorted guitars. It’s a very unique take on the track that fits the album well.

How Long (can we keep going on) opens with a soulful guitar solo over a beautifully contrasting and gentle piano that once again reminds us of the classic rock anthems of days gone by. The vocals really shine here, and they carry a melody and lyrics that also feels particularly old-school. Royce sings:

The track also has a great build, layering additional instrumentation and vocals as the song progresses. The guitar solo at 2:11 is among our favorite we’ve heard in recent tracks – plenty intricate at times, but with lots of space to let the bends breathe. Guitarist Ripley Smith has some serious chops.

Touching on multiple genres but executing each at the highest level. A clear influence from many of the great classic rock artists from the past, but a creation that is wholly and completely his own. Ross Royce has managed to do something that very few musicians are capable of, and that is creating a record that eludes to greatness while avoiding any traces of imitation. The Sky is Calling is a phenomenal showing of what modern rock can look like when it takes influence from the right places and has musicians behind it that know how to execute. Classic rock and modern rock fans alike – this album is for you.

BELOW:  Listen to The Sky is Calling and connect with his website and social media platforms. Please support Ross Royce by visiting him online, and playing, downloading, and/or purchasing his music, or attending a live show! And, as always, thank you for supporting real music!

Listen to THE SKY IS CALLING by ROSS ROYCE: