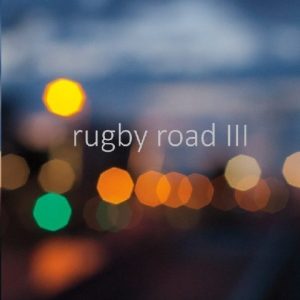 The boys which make up the locally-legendary Philadelphia, PA jam-band known as Rugby Road (named for the equally legendary Villanova University house parties the band was known to entertain—back in the day), have an impressive quarter-century together under their belt.

Due to family and other priorities, the boys haven’t released an album since 1998’s Times Already Happened, and 2001’s Different Degrees. That is, until now. Their first studio effort in sixteen years is simply called, III.

Opening with Back To You, the first 3:24 of the song is reminiscent of 90s college rock (think Hootie & the Blowfish). The track then concludes in a soul and funk-inspired transition (think Michael McDonald). 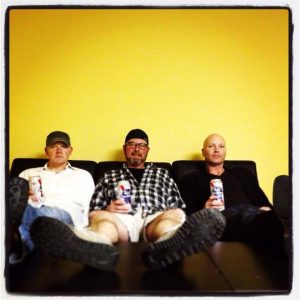 The funky Nobody (Needs To Know) feels like O.A.R. meets The Grateful Dead. With so many textural nooks and crannies in which to get lost, it’s luxurious. (Can I say that?)

The dark and sultry, Spoken For, sounds like it should be on the soundtrack to Californication. Complete with an ambient keys solo around the 2:30 mark, the track takes its time—my absolutely favorite trademark of this trio…

Our Favorite Track:
III closes with the ultra-cool, radio-rock-worthy, Mellencamp-esque, Give It Away. And, I wasn’t sure which I loved more:  the Rush-esque synth solo at 2:05, or the nearly 2 & 1/2 minute guitar solo starting at 3:50—which puts the album to bed. The tone, the improv, it’s all just seriously wonderful.

Brilliantly plucking-out and exercising the best components of several huge eras of music (70s classic rock, 80s radio rock, 90s grunge), Rugby Road’s long-awaited third studio project, III, is the kind of work that makes being a music critic a joy to behold. (I mean, damn.) Kids, if you want to make great music, find a group of guys you can play with for 25 years, and go at it. For, it is that kind of time-fused chemistry that makes music like this possible. Look, I don’t believe in a star rating system—and I never will. But if I did, Rugby Road’s III would get’em all.

BELOW, you can listen to Rugby Road’s album, III and connect with their website and social media platforms. Please support Rugby Road by visiting them online, and playing, downloading, and/or purchasing their music. And, as always, thank you for supporting real music!