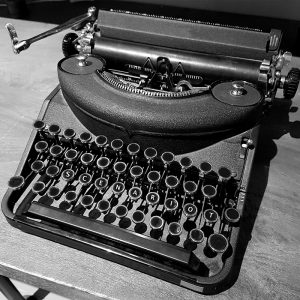 As a kid, when his older brother bought a Flying V electric guitar, Michael Totta’s world changed direction… forever. Influenced by classic greats such as Pink Floyd, Rush, and many other 80’s rock and metal bands, he’s been writing and playing music since his early teens.

Previously a member of the band Turpitude, as well as being a current member of WithoutEnding, Michael Totta (songwriter, guitarist, keyboards, percussion), joined forces with Dan Swan (vocalist, engineer and co-producer), and JP Glovasa (bass), to form the Melbourne, Australia-based prog-rock trio, Scenariot.

Their self-titled, debut, solo album is a concept project which follows the life of an angsty writer who, after a tragic personal loss, finds himself trapped in the lives of his characters:  the scientist, the lawyer, the hit-man and the time-traveler.

Opening with Ask You Why and Imagining, Totta’s goal to create a more commercially accessible project is immediately apparent, as 90’s rockers Gin Blossoms immediately come to mind.

The piano and acoustic guitar-driven, The Pieces Fall, shows the band’s ability to soften-up—with ease. Rich with musical contrast and layers of vocal harmonies, be sure to stick around for the electric solo at 2:54. 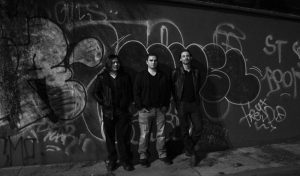 The fantastically bipolar ballad, Underground Love, is an epic 5:22 ride, which alternates between angry electric chords and airy synth tones; absolutely appropriate as it turns out…

“I thought that we were through, but I couldn’t forget her
Before we ever knew, things were real fated
It was always a fallacy
We should’ve known better…”

I admire when an artist has the stones to deliver the not-so-happy ending. Finishing-up the concept album with, Somewhere In Despair, Totta, Swan, and Glovasa cap off this complicated, emotional collection with more of the same. Opening with a wall of synth tones and an intricate rhythm, the fellas let it ride for a minute and a half before a single lyric is uttered in this textbook, prog-rock number which, arguably, changes genres at least twice. Give it a listen and tell me I’m wrong.

IN CONCLUSION…
Full of metal-head-pleasing instrumental breaks of classically distorted electric tones which are constantly—and creatively—juxtaposed with softer vocal and acoustic elements, it is these sonic contrasts which make Scenariot’s self-titled debut album an interesting listen—to say the least.

In a musical/entertainment climate where quick one-offs, and catchy, empty-calorie jingles are becoming a cultural foundation (unfortunately), personally, I find it incredibly brave to take on a project whose intention and meaning still contain a bit of mystery and are not so easily identified; and whose melodies and compositions are complex, intricate, and not so easily imitated. This is an album made by artists for no other reason than to make the music.

Kudos also to Totta’s multi-instrumental role, as he laid down the foundational grooves on guitar, keys and drums. Well done.

BELOW:  Listen to Scenariot’s self-titled album, and connect with their website and social media platforms. Please support Scenariot by visiting them online, and playing, downloading, and/or purchasing their music. And, as always, thank you for supporting real music!