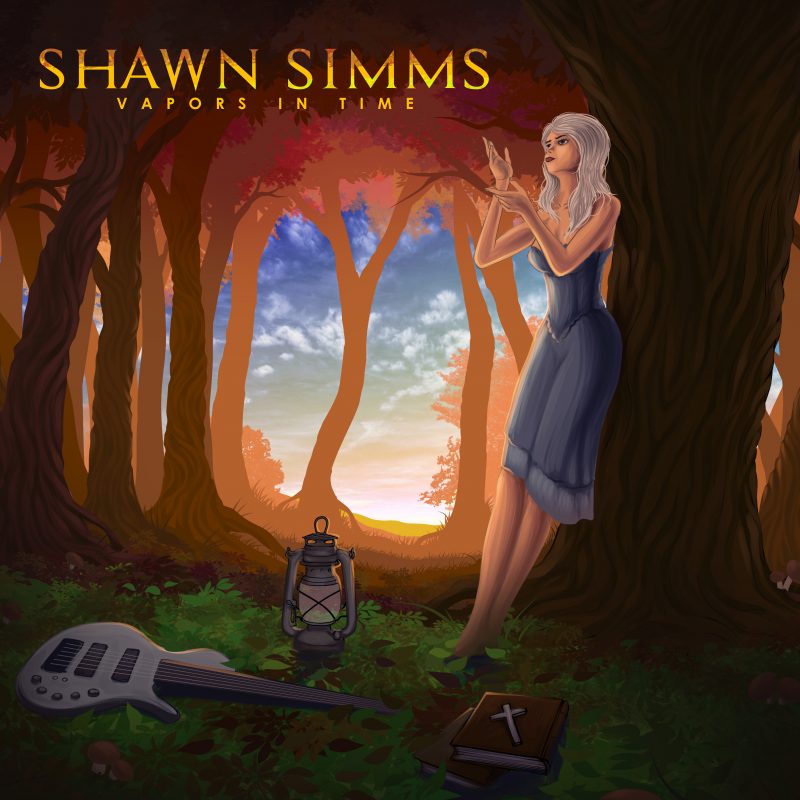 Below, you can read our interview with Shawn Simms, and listen to his album, Vapors In Time. Check out our full music review of Vapors In Time, HERE.

Q:  I don’t think we’ve ever reviewed any artists from Salem, VA. It’s a beautiful part of the USA. How has that town directly impacted your musical style? Do you find your home’s influence to be more inspirational, or, more angsty?
A:  During the writing process, I enjoyed visiting Sherwood Memorial Park, located in Salem, VA. It has a beautiful garden, and is simply perfect for getting the creative juices pumping! Also, Flat Five Studio is only 5 minutes away. It’s the best of both worlds!

Q:  You didn’t care much for the guitar, but were grabbed in a big way by the bass as your catalyst instrument. Please dissect that choice for us! What was it about the bass—and NOT the guitar—that pulled you in so thoroughly?
A:  The bass guitar really clicked with me. Bands like Deep Blue Something (Breakfast At Tiffany’s) and Sting really resonated with me. In my opinion, playing ghost notes while doing percussive slapping is a lot of fun! (Especially if you like Tosin Abasi.)

Q:  Who are your greatest musical influences in this moment? How about when you were growing up? Who do you listen to now that makes you say to yourself, “Holy sh#* I wish I could do that!”?
A:  My musical tastes are constantly changing. But I really love 90’s music. My favorite genres include: progressive rock, jazz fusion, dream pop, 2000’s pop, world music, etc.  Shoegaze is another favorite genre of mine! Today’s rap music is horrible. Lacking in melody and substance. As a Christian, I think it’s extremely important to watch what we listen to it. For EDM, I like two albums: Lone by Galaxy Garden, and Clarity by Zedd.

Q:  Each song on your debut solo album, Vapors In Time, took an average of 4-5 months! There are 10 gorgeous songs on the album. Doing that math means this album took a lot of time! Tell us what stretched the project out so long? Did you ever become discouraged? How did you carry on?
A:  Originally, my album launched in 2016, and was purely instrumental. From there, I completely repackaged everything from the ground up. There were many challenges ahead. People at work were very supportive of me, including my family. But inwardly, I felt very much alone. Love was elusive, as suggested in my song, Sweet Epiphany. On average, I was spending 3-6 hours a day working on my project, between 2016-2019. During the recording process, I’d listen to a song at hand about 400-500 times before it was finally recorded. As a result, I did a LOT of rehearsing, and saved a lot of money, too! I am proud to have mastered the “double thumping” technique on bass in my song, Cemetery Riot. It’s what Victor Wooten normally does on his bass guitar! 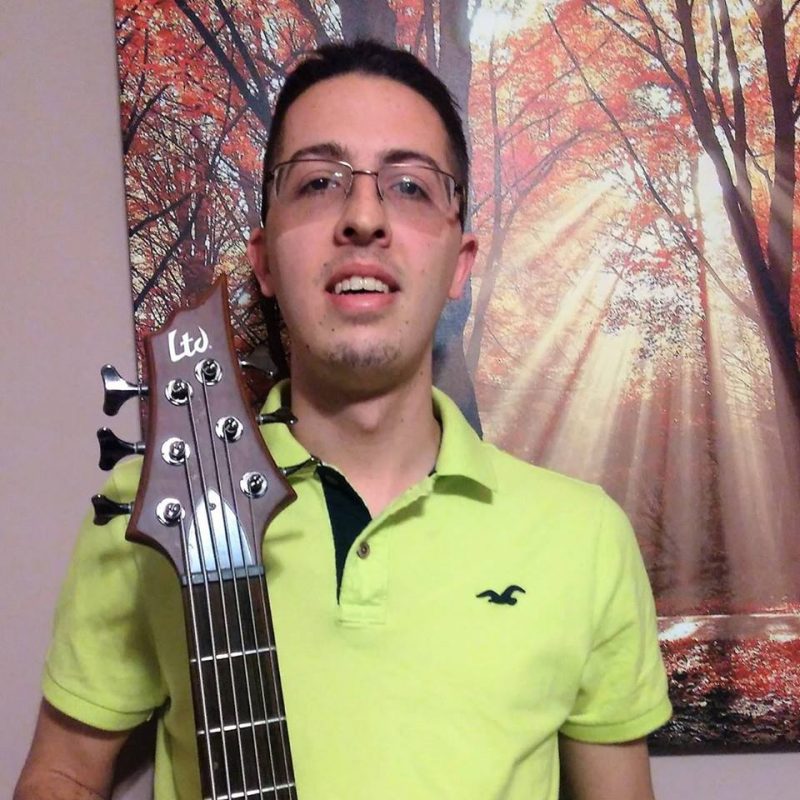 Q:  Do you perform live? If so, where can people catch you? If not, are you making plans to do so?
A:  I hate performing live. It’s very ego-driven. I’d much rather perform alone in the music studio, where I can focus and get stuff done! Unfortunately, musicians typically make more money while performing live. For the record, I’ve performed at Mill Mountain Coffee’s Open Mic several times in the past. The audience loved my music and it was quite fun!

Q:  Can you tell us about the first moment you picked up a bass guitar?
A:  The strings felt huge, especially its 34-inch scale neck. Now, I typically only play 6-string models exclusively, and have a Low-B string with a High-C string for increased range. I would never go back to playing a 4-string bass. Too restrictive!

Q:  What was your first bass guitar? Do you still have/play it?
A:  My first official bass was a red, Tobias Deluxe 5 string bass (the cheaper version.) I recorded my first song, Downpour, with it in 2016.

Q:  Perhaps in some unspecified amount of time, your musical career explodes in the best of ways…what does that look like for you?
A:  I’d love to branch out in marketing and advertise my music as much as possible. Since I’m an upcoming business major at Roanoke College, I realize the importance in doing PR.

Q:  You get to collaborate with anyone of your choosing. Who is it?
A:  I’d love to play the bass for Deep Blue Something and Rush!

Q:  Your favorite album of all time?
A:  Play Deep by The Outfield 1985. It was the main album I listened to as a young teen many years ago.

Q:  Your favorite song of all time?
A:  Iroquoian Sky Woman by Spirit Nation

Q:  What would you like fans to know about you that they’re most likely unaware of?
A:  Music is good therapy. Honestly, it’s a great stress reliever, and can help with depression! You’re never too old to learn a new instrument!

Q:  Any shout-outs you wanna make?
A:  Craig Durrance from Studiopros.com and Tom Ohmsen from Flat Five Studio, including my family!

Q:  Anything else you’d like to add?
A:  My album is seeped in symbolism. The lantern in the front cover comes from Mathew 25 (The parable of the 10 virgins.) The woman is symbolic of nature and time. The weeds on the ground are mentioned in Bellicose: And in the weeds I see hope. Hands are very prevalent in my album’s cover and lyrics. They are symbolic of friendship, romance, the human condition, gentleness, etc.

My lyrics are somewhat inspired from The Picture of Dorian Gray by Oscar Wilde—my all time favorite book! In the book, the main character, Dorian, laments about his life. “If only I could find a woman who would make me good.” he says. He is involved in an array of sins and decay, and regrets not marrying Sibyl Vane. She would have led Dorian to grace and morality, or so he thought. So, my lyrics might elude to the lamentations of being alone and having nobody around. Yet, there’s this presence in the distance that gives us a hint of hope in the end. I am so glad to have finished my album! Yes!

<< Go to our full music review of:  Vapors In Time by Shawn Simms

Listen to VAPORS IN TIME by SHAWN SIMMS: