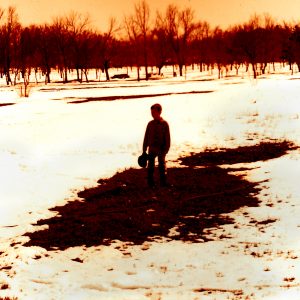 Below, you can read our interview with artist Sid Hagan, and listen to his album, Sere. Check out our full music review of Sid Hagan’s album, Sere.

Q:  You’re originally from South Dakota, a beautiful state that is not necessarily known for its music scene. How did growing-up in the frigid northern-midwest inspire your love of music? Who were your major influences? How did you discover them?
A:  I was born singing according to my mother. I think when I was maybe 1 my favorite song then was Jambalaya by Peggy Lee, and although I couldn’t really sing, I tried. Faulkton, SD, is in the middle of what’s called a glacial plateau, and is over 1400 feet above sea level but completely flat. The town was around 1,100 people when I lived there from 1953 through 1968. My father was one of 2 doctors there. My musical influences were formed listening to what my father played for me on what was the first component stereo in that part of the state, which I think he purchased while on vacation in Chicago sometime in the very early 60s. He had symphonies, jazz, operas, and brought the first rock and roll I ever heard—which were Chubby Checker records (The Twist!), and the first Beatles album (Meet The Beatles) right before they were on the Ed Sullivan Show, which was like many others my age, a watershed event that made me want to be THEM! All records in Faulkton were sold in the 2 drug stores on Main Street in little racks; singles and eventually albums. AM radio was the thing then, and they played the singles. I remember hearing Good Vibrations by The Beach Boys back then, and wondered, “how did they do that?” Major influences were British invasion bands and American surf music which were on the radio, as well as American Bandstand, Smothers Brothers, Ed Sullivan, Hullabaloo, The Beach Boys, Rolling Stones, Dylan, Jan and Dean, Strawberry Alarm Clock, Dave Clark 5, Hollies, and the list could go on and on.

Q:  What was your first guitar? When did you first pick it up? Do you still have it?  Can you tell us about the first song you wrote?
A:  I purchased my first guitar while in the Army in Germany in 1975. It was a Sigma (Martin Offshoot) orchestra model acoustic which played real well. It’s the guitar I learned how to play on. Drove my roommates crazy. Up until that point, I was always a lead singer in bands and never played an instrument. Traded it for another.

“I like to tell folks that we’re all the sum of who we know, for better or worse.”

Q:  You’ve been performing in bands since you were 15 years old! What was the first band you played in? What was your role? Do you still keep in touch with them?
A:  My first band was, if I can remember, called the Aquarius Jam Band or something similar. We were an awful garage band, and no I’m not in contact with them. 1969 I think, in Atlanta after my folks got divorced and I moved there with my mother and sister.

Q:  With 49 years of experience in the music industry as a singer/songwriter, producer, and recording engineer, you must have some amazing stories!? Can you tell us your favorite story from behind the recording desk; AND, you favorite story from the road?
A:  Watching a crack bunch of session players bring one of my songs to life while recording in El Paso, TX, in the late 70s when I started producing my own music for the first time. It was a revelation. Favorite road story was when I was in a band out of Atlanta in the early 80s that had a 25 foot truck that hauled all the equipment that always had some kind of mechanical issues. We once had to travel to Charlotte, NC, in a snow storm at night with windshield wipers that didn’t work. We had long handled squeegees on both sides of the cab that we had to reach out of the windows to clean them off every few seconds all the way to Charlotte which was close to 150 miles; and then unload gear and play the show being quick frozen.

Q:  Despite all your musically-rich years of experience, Sere is actually your first official solo album. What made you finally want to pull the trigger and record?
A:  Just never got around to it raising children, working for others, and kept putting it off. It was time as I am 65 on March 17th. I was in the right place at the right time with the right people around me. It wasn’t forced. It just happened. 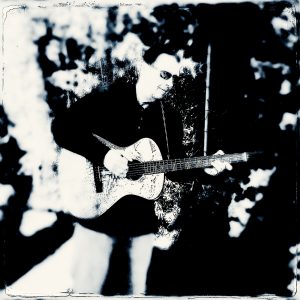 Q:  Sere is full of a plethora of different sounds and styles, including some really far-out electronic elements. Where did the inspiration for this meshing of styles come from?
A:  The inspiration has always come from mentors who came before me, and their mentors before them. My co-producer Paul Curreri is in his early 40s and I wanted him to push me in different directions than I’d ever explored. I always want the other musicians to change my music and make it their music too. I’m a true reflection of all of my influences. If you like what I do, it’s because all of them shine out from me. I like to tell folks that we’re all the sum of who we know, for better or worse.

Q:  How long did Sere take to record?
A:  We started in March last year and didn’t finish until January 2018. Into The Desert, Travelin Man, Do For The Others, See The Changes, Coyote, and Parnell, were all originally recorded for another project that was never released. Alliance Of Kindness was the first one we did. Everything else was done a little at a time, taking the time to do things right. Some songs took longer than others. Paul Curreri’s wife Devon Sproule coaxed me into writing again for the first time in decades, and Alliance Of Kindness is the first song I wrote after our first session. Away From Us and Sere followed. Sere was written after a riot happened where we lived last Summer, and John Coltrane’s, A Love Supreme, was the musical inspiration for it. While recording, it was one song at a time with no thought to what all of it might become. It wasn’t until December last year that I decided to make it an album.

Q:  Tell us about the album’s title, Sere…
A:  Sere is an adjective that describes dry and barren landscapes.

Q:  With everything you’ve experienced in your musical career, what’s left? What more do you want?
A:  To make music that moves me whether live or recorded. That’s it.

Q:  You get to collaborate with anyone of your choosing. Who is it?
A:  Marvin Taylor whom I will be doing my next project with. Paul Curreri will also be involved, and some other friends in Nashville.

Q:  Your favorite album of all time?
A:  That’s not a fair question, there are too many. That’s one for someone far younger.

Q:  Your favorite song of all time?
A:  Same as above. Nice try. Duke Ellington used to say, “If it sounds good, it IS good.”

Q:  What would you like fans to know about you that they’re most likely unaware of?
A:  I don’t play or write or perform for the recognition. I do it because I’ve always been compelled to do it. I’m not driven by opinions, never have been.

Q:  Any shout-outs you wanna make?
A:  Shout out to all of the amazing musicians I’ve ever worked with who helped get me to where I am now. They are my heart and soul.

Q:  Anything else you’d like to add?
A:  Again, very special thanks and love to both Paul Curreri and Devon Sproule for working with me and taking my project to a place I would never have gotten to without them. Love them both.

<< Go to our full music review of:  Sere by Sid Hagan