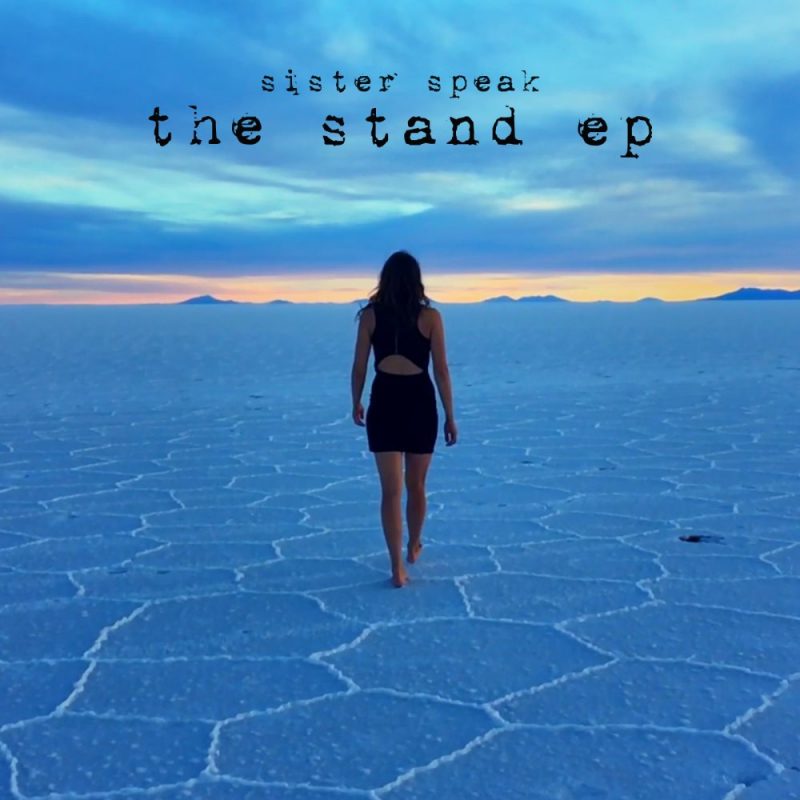 Make no mistake, Canadian born singer-songwriter, Sherri Anne, is at the core of, Sister Speak, a Los Angeles, California and British Columbia, Canada-based musical collective with over 500 shows under their belt.

Opening for acts such as Air Supply, Chris Isaak, and Xavier Rudd while performing in venues such as San Diego’s acclaimed Belly Up and Casbah, the renowned Viper Room and Moroccan Lounge in Los Angeles, and various festivals and events world-wide, has earned the band such accolades as “Best Pop” at the 2017 San Diego Music Awards.

Sister Speak aims to share message-driven music and support the authentic expression of the woman’s voice through music.

With a wide range of influences which include Nirvana, Gary Clark Jr, The Beatles, Citizen Cope, Radiohead, Marvin Gaye, Bob Marley, The Weekend, Joni Mitchel, Red Hot Chili Peppers, and many others, their debut album, Rise Up For Love, was released in 2014 and has since received airplay throughout North America and Europe. Their latest effort, the forthcoming, The Stand EP, (due out in Fall 2018), represents a brave new movement in Sherri Anne’s music.

Opening with, New York Sunrise, the song moves cautiously from a few piano chords to a tsunami of sound as Sherri Anne tells a sweet and sad story of love lost due to ambition and circumstance. Be sure to stick around until 3:45 as the group opted for a vocal solo (from one, Mika Lett) rather than a guitar solo. The gamble paid off.

Emotional and redemptive, Fighter, feels like some surreal blending of Mya and Stevie Nicks. Like its predecessor, the track takes its time, passing through two separately dynamic cycles of minimalist keys which grow into explosive and emotive crescendos containing layers of synth, vocals, guitar, and percussion. It’s an artistic piece. 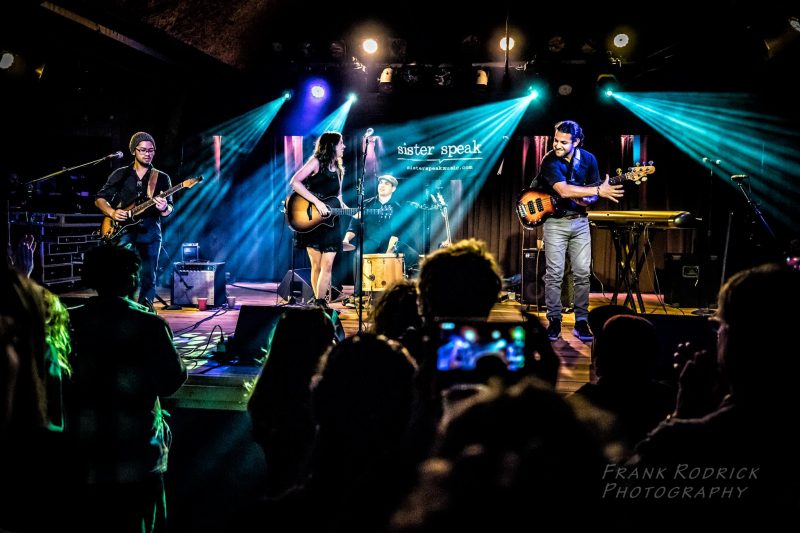 The first two minutes of, Do You Believe, create an ambient mood, which quickly gives way to an all-out electro-infused Dub-like beat. Sister’s knack for creating emotion via sonic contrasts is now officially the theme of the album…

“Do you believe
That sometimes when we fall in love
We fall apart…?”

The Stand combines acoustic and electronic sounds with compelling, heartfelt writing. Tracks like this break ground for other artists. We call it, Acousti-tronic. Very well done.

Walls has an early 2000’s Coldplay-esque feel. Can you hear it? Strings, keys, and ambient guitar notes hold your sonic-glance firm.

OUR FAVORITE TRACK…
The project ends with, Catch Me As I Fall, a lovely duet between Sherri Anne and band-mate, Tolan Shaw. The track serves as a gentle release from what is, in essence, a project full of emotional tension. Finger-picked, acoustic strings and airy vocal harmonies remove that tension.

IN CONCLUSION…
Wildly dynamic. Imaginative. Creative. A no-holds-barred approach to musical composition. Sister Speak’s sophomore effort, The Stand (due out in Fall 2018), has the potential to create what we hope will be a crossroads in pop culture’s musical narrative. Combining highly-expressive, modern-day, electronic elements—with old-fashioned acoustic instrumentation, raw lyricism, and time-tendered production—this little 6-track project is big on heart, emotion, and imagination.

Sherri Anne has collected a fine group of talent which—when untied with her sometimes smokey, sometimes silky smooth vocal timbre, and substantive, relatable writing—culminate in melodic bliss that is both inspiring and fundamentally impressive. Ultimately, they’ve created a genre-less album here, something for fans of any music, anywhere.

BELOW:  Listen to music from Sister Speak’s EP, The Stand, and connect with their website and social media platforms. Please support Sister Speak by visiting them online, and playing, downloading, and/or purchasing their music, or attending a live show! And, as always, thank you for supporting real music!

Listen to music from THE STAND by SISTER SPEAK: