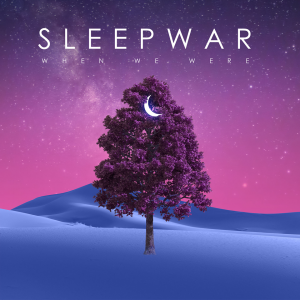 Formed in 2016 by founding members, Roger Willis (vocals), Tim Woodbridge (production, keys) and James Allen (bass), in Phoenix, Arizona, the alt/indie rock band, Sleepwar, came together with the intention of creating something new and different. After circulating through different iterations, the final 5-piece was rounded off with, Mark Pfister (guitar), and Brendan McGuinness (drums).

With a sound rooted in lush, synth atmospheres, and subject matter focused on addiction, recovery and life’s inherent struggles, the boys of Sleepwar are set to release their debut EP, When We Were, on 1/26/18. Until then, they’ve given us a taste with the EP’s lead-off single, Thousand Different Faces. 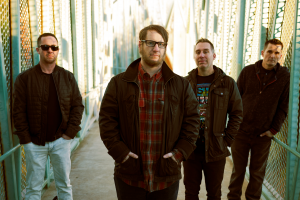 A tight synth-loop backbones the entire track, which builds and falls in a sea of ambient guitars, vocals, and more synth tones. As a whole, the piece sounds like something off of Morning Parade’s 2012 self-titled album.

Willis’ vocals are well-suited for the genre, and are reminiscent of fellow Arizonian rocker, Jim Adkins (Jimmy Eat World). Great production and mixing mean we’ll be watching for that EP.

BELOW:  Listen to Sleepwar’s single, Thousand Different Faces, and connect with their website and social media platforms. Please support Sleepwar by visiting them online, and playing, downloading, and/or purchasing their music. And, as always, thank you for supporting real music!