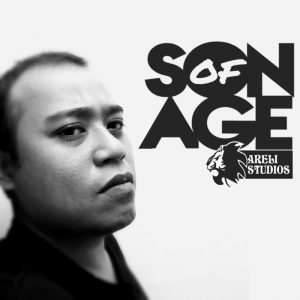 I’ve got one for you. Please allow me to introduce you to Malaysia’s own, Son Of Age (SoA), a.k.a., Norman Nyigor.

Native to Kuching, Sarawak, but currently living across the pond in Kuala Lumpur, SoA has been writing lyrics since the age of 16. Back then, his heart was in rock music, jamming with a group called, Katharos. It was those former band-mates who persuaded him to showcase his flow—as he so often did during rehearsals.

His “Son of Age” moniker is a philosophical take on the duality of man. Meaning:  He’s a humble, learning son to all of life; and at the same time, he’s got wisdom to share. We agree. And here’s what we love most about this dude:  He makes his own beats. He produces as well as he flows. This is what we call a “unicorn” in the hip-hop universe.

“…Left Of The Dial is a tribute to grunge music. Kurt Cobain is one of my all time favorite rock gods, and he taught me that I don’t need to be perfect to make music.”

Previous releases include his 2017 singles, Eve and Let Go, as well as the 2012 album, The Art Of Distraction. SoA describes his latest effort, Left Of The Dial, as a tribute to the times of grunge. However, we simply see it as a phenomenal piece of indie hip-hop, reminiscent of the days when sampling was still an art form, storytelling mattered, and crisp, skilled lyricism was paramount.

Blowing the door open with, Free My Soul, Nyigor immediately shows us two important features of his artistry:  First, he’s intelligent; second, his flow is for real. The socio-political first track has a bite—both verbal and musical. 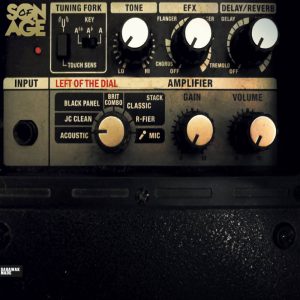 “…I hold the keys to my own fate, no Dre spinning dope tracks
With a hint of a gold plate, instead I bring it…

There’s something brewing, inside his room, he
Knows what he’s doing, most nights he’s just consumed, by
The rhymes he’s fusing, so, he could touch the skies, with
That gift he hides, he has to write it down before it passes by…”

Check out the funked-up riff in Like A Bawse, a tale of hitting bottom and finding redemption.

Digging the strings loop and jazzy bass-riff on Me Myself and I.

At this point, if you thought you’d seen the apex of SoA’s flow, ladies and gents, I offer you the album’s closing track:  The Way And Life. And, while you’re listening to those wicked guitar and horn samples blended to that frantic beat…remember, he made those too.

IN CONCLUSION…
With tons of live instrument samples, and a rhythm sensibility as good as anyone in the business, it’s simple:  The beats are creative and dripping with groove. The lyrics have substance and required thought and reflection to create. And the verbal delivery is articulate and fluid. On top of that, Norman’s vocal timbre has a gravelly, authentic tone which most MCs would kill for. Yes, I’m gushing. Regardless, what we’re talking about here is the total package.

A throwback to another time when hip-hop artists were more concerned with saying what THEY wanted to say (rather than saying what they thought the culture wanted to hear), Son of Age’s latest album, Left Of The Dial, quite honestly, represents why I became a music critic. Finding golden needles—within our musical culture’s proverbial haystack of paper doll artists—is pure frosting, people. If you’re into off-the-grid hip-hop rooted in yesteryear, you’re going to dig this album.

BELOW:  Listen to Son Of Age’s album, Left Of The Dial, and connect with his social media platforms. Please support Son Of Age by visiting him online, and playing, downloading, and/or purchasing his music. And, as always, thank you for supporting real music!

Listen to Son Of Age’s album, Left Of The Dial: