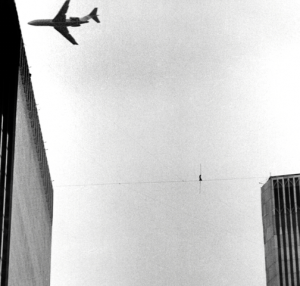 UK based artist Spectre (AKA Stuart Francis) is decidedly prolific, with over twenty releases of various types available on his SoundCloud page from the last two years. His recent full-length project Aerial Fool (You Know What It’s Like) was recorded and produced in just a month, an impressive feat for a fourteen track album. This work is a dynamic, expressive combination of acoustic and electronic sounds that are built on a foundation of an artistic experimental style.

The album opens with Anti Robin Hood, and it serves as a great precursor for the rest of the album – a great sampling of the kind of material you’re in for. Led by a bright, intricate acoustic guitar and deftly accompanied by strong but well-balanced synths later in the track, this instrumental fully embraces a lo-fi style. A raw, unprocessed feeling permeates this entire project, lending a hard-to-find level of authenticity to the work. It puts the creative process and inner workings of Spectre on unaltered display.

Firefly gives us an intro to the lyrical capabilities of Spectre, executed in classic singer-songwriter style with naught but vocals and an acoustic guitar for a majority of the track The lyrics are poetic and personal without feeling over-embellished – a good match for his production style:

Other standouts on this album include Jump Rope which showcases some of Spectre’s most impressive and powerful vocal work, Untitled which pulls us in an alt-jazz direction – a wholly unique genre blend but also a fun and unpredictable listen – and Sheriff of Nottingham, combining hard-hitting electric guitars and heavy vocal effects with both acoustic folk and modern electronic instrumentation in their turn.

Cliff verges on prog-rock in its execution. With quite a variety of parts (almost movements, at times), this track feels very story-like, with a definitive rise and fall in the progression. It starts with a somber and straightforward classic folk style, growing to a unique combination of acoustic/electronic-rock sounds together at its peak – the blend of synths and acoustic guitars is an unusual combination but works quite well in this arrangement. The lyrics are simplistic but effective, highly focused on the singular notion of standing on the edge of a cliff and letting go: “I’m a little rock abseiling clear“. The specificity of the image combined with the possible metaphorical interpretations leaves the meaning of this track debatable and heightens the intrigue.

Creative, bold, and unapologetic. Audible page-turns alongside deft guitar riffs and quality songwriting. So many artists are afraid of releasing work that hasn’t been polished to oblivion, and it’s refreshing and enjoyable to find the opposite with Spectre. Aerial Fool (You Know What It’s Like) is a candid and honest look at Spectre’s style and capabilities as an artist. Blending the acoustic with the electronic, the refinement of the digital tones with the gritty analog instruments, this is truly an album for those looking for something that is authentic to its core.

BELOW:  Listen to Aerial Fool (You Know What It’s Like) and connect with his website and social media platforms. Please support Spectre by visiting him online, and playing, downloading, and/or purchasing his music, or attending a live show! And, as always, thank you for supporting real music!

Listen to AERIAL FOOL (YOU KNOW WHAT IT’S LIKE) by SPECTRE: