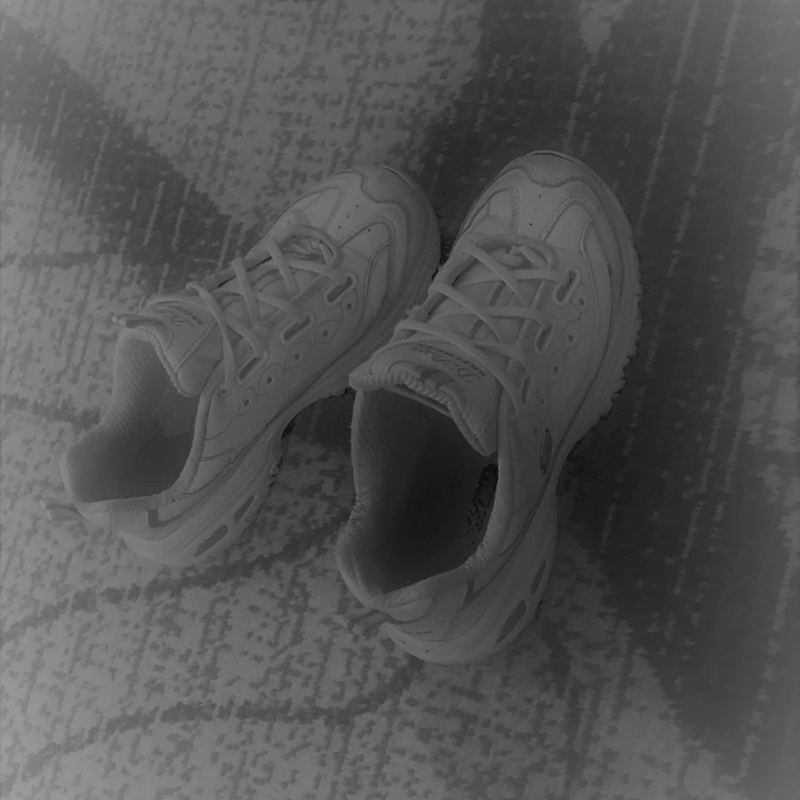 We described our recent review of his EP, ITD (In The Dark) as, “Hypnotic. Simultaneously a project tethered in dense emotion—yet remains an utter maverick of free, creative spirit.”

At The Ark of Music we have the luxury of only reviewing music we like. (You see, we just don’t see the point in criticizing art. Why discuss it if you don’t like it?) Fortunately for us, artists such as the Crawley, United Kingdom-based, Spectre (a.k.a., Stuart Francis), make our job indescribably easy.

With his beautifully abstract style, with which he flows effortlessly in and out of multiple genres—often times simultaneously—there is little discussion that needs to be had other than feelings evoked, memories stirred, and inspiration had.

“A collection of songs about one person in my life.”

On the heels of countless projects such as, Rustic Dreams, Sedated, and ITD, we now have the pleasure of exploring his latest sonic adventure, Angel In Trainers.

The album opens in ritualistic fashion with, Blood Red River, a dark, Radiohead-esque piece of alt-rock which—in true Spectre fashion—flips quickly into some kind of industrial electro-goth amalgamation. All giving testimony to the irony that exists between the human being’s creative spirit and its utter frailty of form… 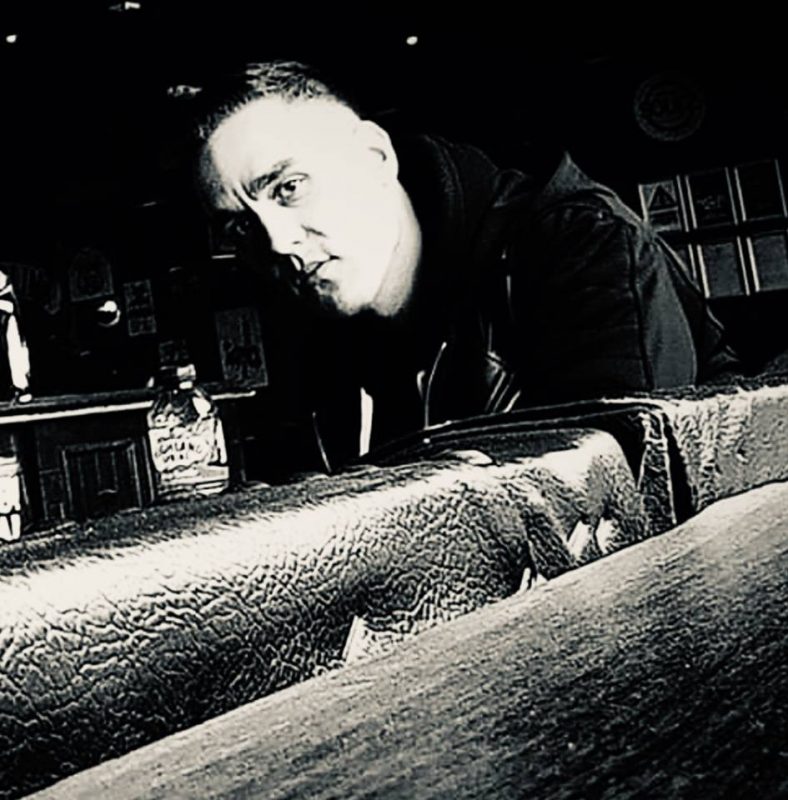 The psychedelic, Big Love, feels like some neo-Neil Young thing in this acoustic-based ode to alternate states of consciousness.

OUR FAVORITE TRACK… Two Of The Same sees a wandering acoustic melody meld into an ambient, synth-based piece of down-tempo electro-pop and back again. Please stick around long enough for the electric riffs at 9:50. (Rad.) That acoustic melody segues perfectly into Waterline’s intro. Though a hip-hop-style rhythm follows closely behind. Toss in a few more wildly-distorted electric licks far off in the background, and what you get is what we are now going to simply call, “The Spectre Sound”, rich and adventurous.

Concluding the project is, Your Gifts To Me, which feels like a Billy Corgan-produced Neil Young track, in what is ultimately an ode to the gift of music and the ability to compose.

IN CONCLUSION…
Gorgeous and dark. Utterly and sonically satiating. A marvelous continuation in what is now an officially astounding collection of work. Stuart Francis’s latest album, Angel In Trainers, is the equivalent of acoustic energy—Spectre-style. Honestly, every time we hear from this artist, I’ve found myself thinking that he can’t possibly maintain the same level of shear and utter creativity, nor the same level of inspirational zest untethered by the confines of the music around him, which has lead to the excellence in countless previous works. I see now that this doubt is coming from my own limitation as an artist, a writer, a human. For, Stuart clearly has none of this limiting quality. Check out Angel In Trainers below.

BELOW:  Listen to Spectre’s latest album, Angel In Trainers, and connect with his website and social media platforms. Please support Spectre by visiting him online, and playing, downloading, and/or purchasing his music, or attending a live show! And, as always, thank you for supporting real music!

Listen to ANGEL IN TRAINERS by SPECTRE: