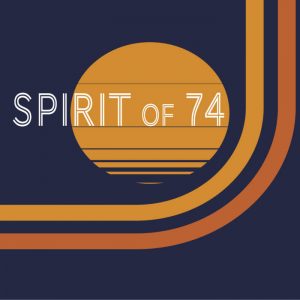 Cleveland, OH-based songwriter and artist OZ Zeltner has been out of the studio for over a decade. Formerly a member of Oliver Buck & The New Madrids, his last release was as a part of that band- the album Prodigal Son was released back in 2008. But 2020 has brought new beginnings for Zeltner with the conception of Spirit of 74. This project serves as a home for his introspective and storied songs sitting comfortably between Americana and classic rock tones.

Zeltner’s music career began humbly, making his first recordings on a four-track borrowed from Susan Gibson (Wide Open Spaces). Early on he was also an opener for Jason White (Red Rag Top). Zeltner has also worked with producer JP Bowersock and has performed at the renowned Telluride Blues & Brews Festival.

Writing and performing all instruments on all eight tracks of this album, this self-titled effort from Spirit of 74 shows that the time Zeltner has spent out of the studio hasn’t had any detrimental effects on his abilities. This is a well-composed collection of soulful, heartfelt songs that spans a wide but complementary selection of styles, ranging from modern rock tunes to singer-songwriter style tracks and plenty of things in between. 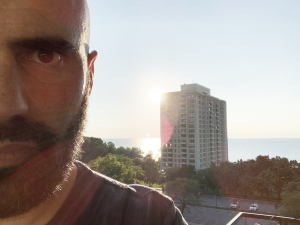 Across the album as a whole, the instrumentation and production are fairly light, but never nonexistent. But this gives the album the distinct advantage of letting the songwriting itself be the focal point of each track. It’s a wise production move, as Zeltner’s songwriting is top-level and a definite high point of this project.

The album opens with Long Way Back, and it feels like a fitting tribute to Zeltner’s return to the studio. It’s full of energy and vibrance and introduces this debut effort from Spirit of 74 with enthusiasm while still paying homage to the road that brought him here.

A tribute to his hometown of Cleveland, Ohio is a feel-good track about coming back home. It’s a bright and catchy song that makes you feel good about familiarity when the going gets tough. We get a taste of Zeltner’s guitar skills, as well as some more involved production featuring some synths in the bridge, a welcome and complementary addition.

We get a taste of slightly heavier instrumentation in Mary Queen of Columbia, with a tone that feels somewhere between Red Hot Chili Peppers and Something Corporate, but a touch mellower. The rhythmic spacing of the melody in the hook really drives it home, making it memorable and easy to sing along with.

Closing the album is The Oncoming Storm, and it features slightly more involved production than many of the other tracks on the album. This song has a great, driving energy that matches – if not even surpasses – the levels that Long Way Back introduced this music to us with. Symbolically, the title alone makes this the perfect closer for an album that feels as though it’s been telling one continuous story throughout – Long Way Back implies that Zeltner is still looking behind him, while The Oncoming Storm says that he’s now looking forward with a fieriness at whatever is to come.

Telluride seems that it might tell the story of Zeltner’s performance in the Colorado town of the same name. The lyrics paint a compelling picture of a desperate starving artist hungry for a lucky break in the mountains. His guitar chops are evident and on display in this track, but his lyric writing is even more impressive:

It’s a beautifully poetic and incredibly insightful piece of writing that allows you to place yourself in Zeltner’s shoes effortlessly. The enthusiastic search for success combined with the melancholy understanding that it might not be found – it’s all here in these four short lines, a truly impressive songwriting feat.

Zeltner calls himself “rust belt rock”, and we couldn’t agree more with that sentiment. These are no-holds-barred, bare-it-all Americana rock tracks that speak so clearly to the trials and tribulations of their author. These songs have expertly crafted lyrics that tell honest, genuine stories. His writing seems to come from a soulful and authentic part of him that allows the listener to connect with him far below just the surface level. The album feels like a novel, each song a chapter on the storied road that brought OZ Zeltner to this release. Spirit of 74 is a songwriter’s album, and for those that appreciate the intricacies of the written word wrapped in a modern rock package, this album is well worth the listen

BELOW:  Listen to Spirit of 74 and connect with his website and social media platforms. Please support Spirit of 74 by visiting him online, and playing, downloading, and/or purchasing his music, or attending a live show! And, as always, thank you for supporting real music!