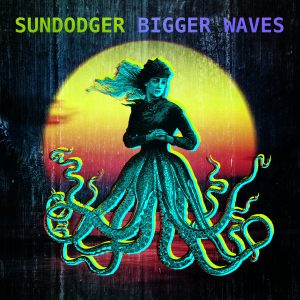 Dan Engel and Jeff Norman—co-founders of Seattle, Washington’s indie-rock quartet, Sundodger—go way back. During their college days in the 90’s, the two formed, Divided Sky, a group which toured the Pacific Northwest for a time, until road-burnout inevitably occurred.

And, following-up to the band’s 2014 EP Home, is their latest project, Bigger Waves, an album dedicated to the iconic challenges associated with “the relationship”, which took a year and a half to complete.

“Music today is very safe, no pointy edges, and would go very nicely on a mobile phone or Corona commercial. We would love to see a little danger put back into rock’n’roll.” 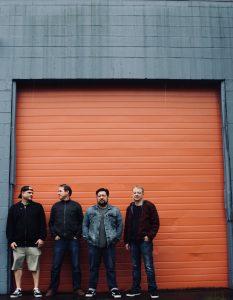 The album’s seventh track, Last Stand, is an instant throwback to the great mid-90’s college-rock era. Ambient, airy electric chords are joined by a crisp and minimalist rhythm section, substantive and nostalgic lyrics, and two tasteful guitar solos (particularity the 2nd solo at the 3:00 mark), in this dedication to the notion that anything is possible, always. Congrats boys, this is a really cool track…

WHOSE LOVECHILD…?
Big Head Todd and the Monsters meets Cool For August…

BELOW:  Listen to Sundodger’s single, Last Stand, and connect with their social media platforms. Please support Sundodger by visiting them online, and playing, downloading, and/or purchasing their music, or attending a live show! And, as always, thank you for supporting real music!

Listen to LAST STAND by SUNDODGER: