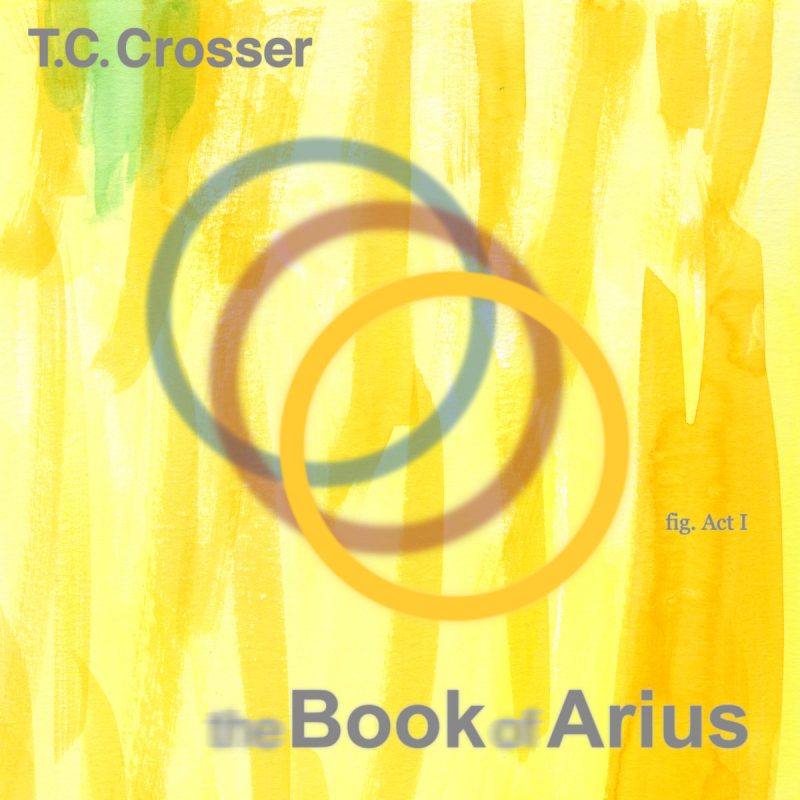 Grinding it out on both coasts from San Fran to his current home of NYC, pianist, composer and producer, T.C. Crosser, has already had his music placed in Microsoft commercials and various TV shows.

On the production side, he currently spends time working on experimental dance, undiscovered garage and punk bands, various theater productions, and is currently reworking Radiohead’s classic OK Computer album for cello, piano, and eight Broadway singers. (Dude…sign me up.)

While previous efforts include 2011’s Maximus (single), as well as 2015’s 1981, Crosser describes his latest album, The Book of Arius – Act I, as his most intimate project to date. Designed as the first of a three-part autobiographical series which, in its entirety, will take listeners to the locations and times where he endured his most grueling life-challenges. Ultimately, the intention of the collection is to sonically express how the liberation of old trauma can change, well, everything.

“On a musical level, I can relate to embracing everything but orthodoxy. Provocative has always been my middle name.”

Named for a fourth century theologian and presbyter whose teachings made him a heretic forced into exile, the four-part production was composted by Crosser and performed by a string quartet which includes:  Maria Im (violin I), Jannina Norporth (violin II), Kallie Ciechomski (viola) and Caleigh Drane (cello and the project’s music supervisor).

Act I: I., takes us to White Sulphur Springs, where—in a whirlwind of catharsis—our young composer realized he was an alcoholic and an addict, and decided it was time for change…

The almost lo-fi sounding harmonies immediately reminded me of Clint Mansell’s score for the 2006 film, The Fountain. At 3:15 and again at 6:40, the melody changes from a surreal mood of acceptance, to something more playful and slightly chaotic; perhaps in representation of the fear and doubt of T.C.’s future recovery. 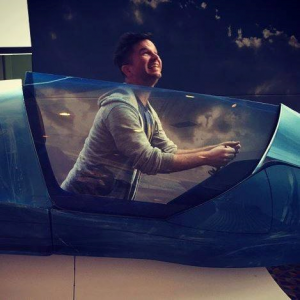 Act I: II. River City, finds us in Crosser’s hometown of Mason City, IA, where as the oldest of six siblings, he faced—and survived—the hell of parental abuse…

A soft bit of delay on the opening notes creates an etheric quality, as a melody builds which is surprisingly bright and spirited when contrasted with the period of time it represents. Though turning a bit somber at 1:48 and again at 3:51, the progression is almost always hopeful, and never angry.

Act I: III., sees our story-weaver at the Goose Creek Naval Weapons Station in South Carolina. Now, eighteen years old, he’s joined the Navy in order to escape his upbringing. While training at the Naval Nuclear Power Training Command, he came out of the closet, and was promptly kicked out of the Navy…

The track opens with an emotional and anxious stretch, perhaps mirroring Crosser’s second-guessing of his decision to join the military. At 1:55 the melody transforms into something triumphant, and ultimately concludes with a curious and liberated tone.

Act I: IV., concludes the piece in Hell’s Kitchen, NY, where we find our troubadour with his partner—happy, aware, and sober for three years…

Opening with the sonic equivalent of a walk through the flowers, at the :54 mark, we find something new, curious and a bit bewildered; something exploratory, something which just might encapsulate Crosser’s very first experience with real, bona-fide happiness. Redemption, after all, can be confusingly joyful.

IN CONCLUSION…
Both complex and adventurous, light and dark, binding and freeing. Composer/producer T.C. Crosser’s latest effort (and the first of a three-act project), The Book of Arius – Act I, shows depth and bravery in its composition, as Crosser seeks to—first and foremost—accurately express how he feels about his past. And, in consideration of that past, no one could argue that he would’ve not been justified to create something with more anger or darkness. But that is simply not what happened. Though each of the four parts flirt and dance with the entire emotional spectrum, there is always a triumphant, hopeful resolve completing each track. If you enjoy classical-style music with a new-age, experimental twist, you’ll likely enjoy Crosser’s latest album. That said, we’ll be watching for Acts II & III!

WHOSE LOVECHILD…?
Clint Mansell’s score for The Fountain meets something a bit more classical, perhaps something Vivaldi-esque…

BELOW:  Listen to T.C. Crosser’s album, The Book of Arius – Act I, and connect with his website and social media platforms. Please support T.C. Crosser by visiting him online, and playing, downloading, and/or purchasing his music, or attending a live show! And, as always, thank you for supporting real music!

Listen to THE BOOK OF ARIUS–ACT 1 by T.C. CROSSER: