Rome-based indie-pop trio, The Houseband & The Bride, consists of, Valerio Fedele, Marco Primavera, and Andrea Cristallini. Their mission is simple:  “…blend dreamy, melodic guitar arrangements with simple and honest lyrics in a calm, yet troubled atmosphere.”

“In My Dreams”, their first self-produced record talks about coping with real life situations while having an imaginative mind…”

Their debut album, In My Dreams, touches on the challenges of youth, uncertainty, idealization, and unrequited love.

Opening with, The Poison Paradox, an instant magical quality flows forth from the layering of acoustic and electric guitars, and crisply harmonized vocals in this gypsy-like tale about the infinitely nuanced experience of life.

The ambient and waltzing, Forgetful Boy, has an absolutely lovely instrumental break from 1:52—2:35. This being the third track on the album, the group’s ability to create a full and rich sound using minimal components is official, and impressive.

OUR FAVORITE TRACK… I feel inclined to give a nod to the super sharp acoustic finger-work in the slightly jazzy and totally sparkling, In My Dreams, which also contains some of the album’s most charming writing…

“So don’t be crying when I’m leaving
Cause you’re only in my dreams
And in real life, you don’t see me…” 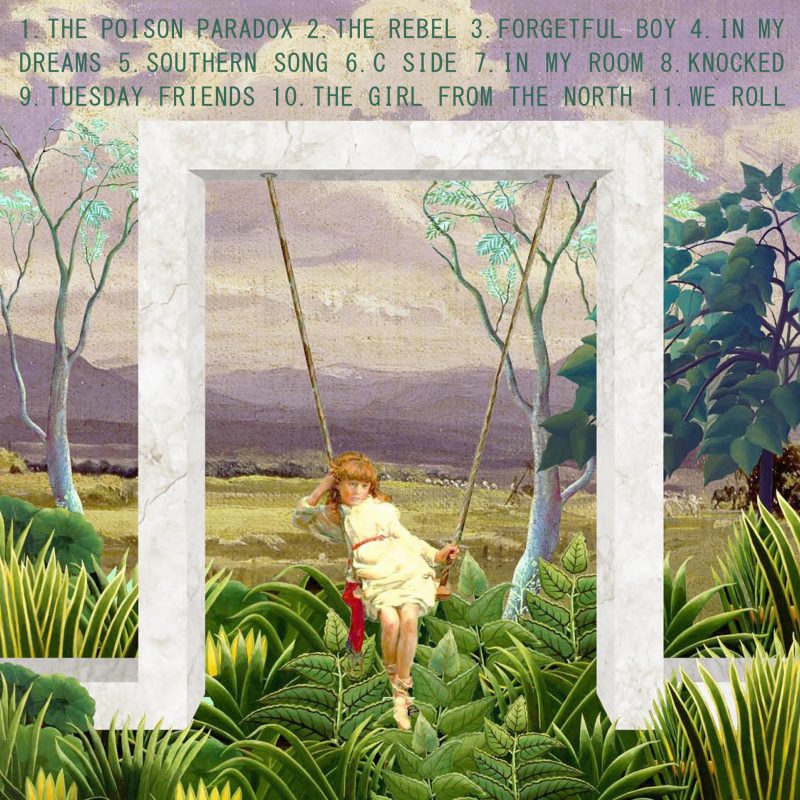 The sweet melancholy of, Knocked, is the darkest thing on the album. And yet, it still manages to shine with humility and hope, particularly during the solo at 1:36—2:13.

In what we can now confidently call “THTB style”, the unrequited love in, The Girl From The North, has a nice little Neil Young’esque reprise at the end.

Concluding the album are the ukuleles, and what just might be the lovely and nostalgic tones of a melodica (mouth-keyboard), in We Roll, a love-sick reminiscing dream of a melody, which leaves a listener to wonder, were all of these songs nothing more than the simple echos of the dreams of Fedele, Primavera, and Cristallini? Does it matter?

IN CONCLUSION…
Absolutely charming. Technically airy, clean, and cool. Artistically imaginative, unique, and full of color. The Houseband & The Bride’s debut album, In My Dreams, is a wholesome collection of dreamy indie acoustic pop bliss. A trip into a parallel musical universe where serious topics just don’t have to sound serious when they’re put into song.

Musically, this trio’s execution is absolutely stunning. Crisp, precise guitar work underpins bright ambient vocal harmonies creating an end result whose uniquity earns the attention it gets. Not-so-simple instrumental compositions played underneath equally impressive writing unite to form melodies that feel ironically simple. Such is it with great music:  the complication is lost to the bliss.

Listen to IN MY DREAMS by THE HOUSEBAND & THE BRIDE: