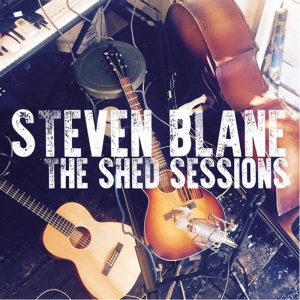 Singing Delilah at a talent show gave New York, New York native (by way of Jersey City) Steven Blane his first taste of performing at a young age. That moment set in motion a lifelong musical sequence of events that would eventually see him living and gigging in The Big Apple. A multi-instrumentalist well-versed in the guitar, ukulele and piano, Steven’s influences include many greats such as Roy Orbison, Elvis Presley, Frank Sinatra, Johnny Cash, and many others.

True to the indie music spirit, Steven has been very active in recording his craft. His growing anthology includes 2014’s Gonna Light the Lights Tonight (single), 2015’s Taboo, and 2016’s The Best of Steven Blane (So Far), and I Confess. His most recent effort, The Shed Sessions (feat. Luba Dvorak & Kevin Hailey), was quite literally recorded in a shed in Lake Worth, Florida, with nothing more than two mics and the players themselves—no overdubbing. A situation this minimal can either result in disaster, or pure magic. In Blane’s case:  Abracadabra.

Opening the album with the bright and youthful, Any Kind Of Fool, Blane’s appreciation for Orbison is alive and well. It’s a simple and colorful acoustic pop song reminiscent of something from the 50’s.

Manhattan Melancholy screams of Mr. Blane’s love of Sinatra, perhaps even Tony Benet, and others. Considering the profoundly simple set-up this trio was working with while recording, I think it’s relevant to add here, that I wouldn’t change a thing about it. Not one note. 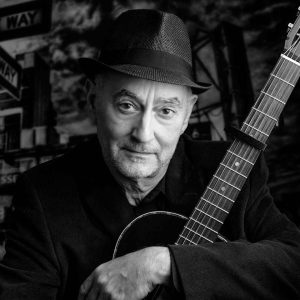 I foolishly thought I already knew what Blane was about, that is until track #5, the jazzy-swing number, Pink Martini. Switching genres effortlessly, the trio tears it down. Hell, even the background vocals are perfect. (Oh no, I used the “p” word!)

The politically desperate, Proclaim Liberty, is bluesy and dark, appropriate and necessary. The raw acoustic tones—un-edited, un-cleaned and un-dubbed—are refreshingly grimy, particularly the solo at 1:42.

These Priests is sung from the perspective of god expressing his displeasure with the state of faith and worship within the human race. Instrumentally, two acoustic guitars, a bass, and just a touch of vocal harmony convey the urgency as well as any studio & board ever could.

I have a deep appreciation for what Blane (and company) has done here. For any of you fans out there who don’t happen to be players, take my word for it, straight-through takes during a recording session can be magic—they can also be hell. It takes a mastery-level of skill to do what has been done on The Shed Sessions. This live, one-shot, no-dub, born-in-a-barn project is totally raw in not only its production, but its overall atmosphere as well. While listening to the album I could feel the trio grinding-it-out, finding their way in real time. Honestly, I can’t imagine these ten songs being recorded any other way. All in all, the collection is wonderfully minimal, a naked and honest representation of what music once was, and what it could be again.

Whose lovechild…?
If early 2000’s acoustic-era Jack Johnson made a record with Buddy Holly, with cameos by Sinatra and Tony Bennett…

BELOW, you can listen to music from The Steven Blane Band’s album, The Shed Sessions, and connect with their website and social media platforms. Please support The Steven Blane Band by visiting them online, and playing, downloading, and/or purchasing their music. And, as always, thank you for supporting real music!

Listen to music from The Steven Blane Band’s album, The Shed Sessions: