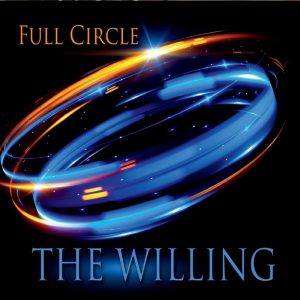 The five-piece alt-Americana group The Willing is well on their way to carving out their own distinctive niche in their chosen genre. Previously known as Ultima Thule, the band toured across much of the midwest in the 1970s. Each of the five members (all singers and songwriters in their own right) have performed solo and with other projects in the time since, but the band reunited with their original lineup in 2008.

The Willing is comprised of Dave Angel (bass, guitar, keys, vocals), Kent Cooper (drums, percussion, vocals), John Krahenbuhl (keys, guitar, vocals), Dan Smith (keys, vocals), and Rich Wigstone (guitars, keys, percussion, vocals). Since reuniting, the band has released a total of four singles as well as four albums. Their fourth and most recent full-length release is an album titled Full Circle, and on this project they’ve done a masterful job combining the warmth and feel of analog technology and soft classic rock sounds with their own unique, genre-defying talent and digital age production.

“Musically our sound is very organic in that we have not forced ourselves into a corner by selecting a style we must play. Every member plays from their heart and expresses themselves as they wish. In the end ‘The Willing sound‘ developed!”

We dive headfirst into The Willing‘s signature sound right away on the opening track, Having a Good Time. Wholly living up to its name, this is a fun, lighthearted single that brings many of this group’s most notably chosen elements to the top. With its full array of group vocals and exquisite harmonies, vibrant synth textures, and driving beat, this track exudes fun, danceable energy that’s contagious from the first measures. 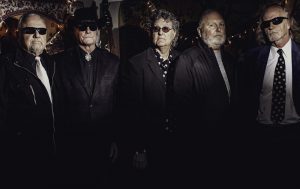 You Got This one delivers just a touch of a country undercurrent with its soft and dreamy feel. Many more examples of brilliant vocal harmonies appear all over this track (though the same can be said for nearly every track on this record).

It’s hard not to draw some comparisons to The Beatles when listening to Beautiful Sunshine, with its punchy rhythm and decidedly retro sound. Minor in timbre and complex in execution, this track features a foundation built on keys, emboldened by layers of strings, and includes a touch of gritty electric guitar for a little variety – and it’s a great addition, adding a bit more bite to the overall sound.

Another stand out is the soulful and heartfelt Who Wants To Fall, where the group’s lyrical skill is put on perhaps the best display on the album. Presenting an old idea – loneliness in love – this track gives us refreshing lyrics that are both poignant and poetic:

We also love Higher for its bold brass section and a touch of flamenco-style guitar. A fun call-and-response number (that we think would be a real highlight at a live show), this track cements even further the idea that The Willing isn’t afraid to work well outside the boxes of the genres they identify as. The group has an impressive artistic range and they are not afraid to show it off.

Feels So Good is a near-perfect representation of The Willing‘s overall sound. At the beginning of this track, the acoustic guitar riffs and booming percussive hits give things a very modern feel, but then the melody takes things in a more classic direction. As the track opens up, the impressive layers of vocals become the focal point without question, rich in design and recorded in a way that allows each part to be heard but blends them beautifully together all the same. The combination of strong writing, even stronger performing, and well-thought-out production choices at every turn make this one of the real highlights on this album.

Crystal clear and note-perfect harmonies, warmth and authenticity abounding, and a great reminder that analog recording still has a lot to offer the modern musician. Full Circle is an excellent example of what can happen when the right group of seasoned, experienced players comes together to create music on their own terms – and The Willing is doing exactly that. This album pulls the perfect amount of influence from the most iconic sounds of decades gone by and combines them into one project which is delightfully retro but equally modern in execution. Fans of groups like The Eagles or Crosby, Stills, Nash, and Young will be right at home on Full Circle, but so will musicians and audiophiles alike.

BELOW:  Listen to Full Circle and connect with their website and social media platforms. Please support The Willing by visiting them online, and playing, downloading, and/or purchasing their music, or attending a live show! And, as always, thank you for supporting real music!

Listen to FULL CIRCLE by THE WILLING: